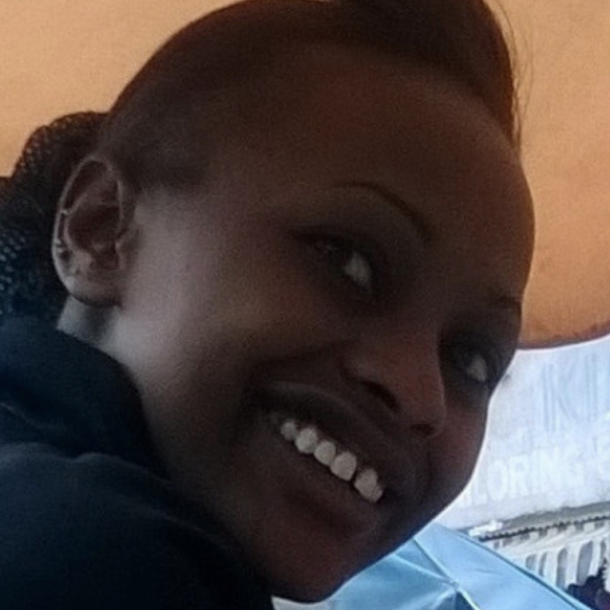 Growing up in a single parent home, Wairimu Gathii  saw how her mother worked “single handedly… to bring up my siblings and I and give us an education.”  A child in Nakuru county, a poverty stricken area northwest of Nairobi, Wairimu is a daughter and sister, and now a mother.  Wanting to support her own family, to give back to her mother and siblings, and to  be the sort of role model for her son Victor that her mother was for her, Wairimu enrolled herself in university and started making plans for a business.

“I conducted market research and did due diligence,” Wairimu says, explaining her process of investigation. She found that “food products are very unlikely to lack a market because they are basic necessities. The target group for such kinds of commodities is virtually everyone.” Nakuru county, where Wairimu still lives, is “so fertile and the landscape is simply breathtaking.” When she can, she takes long walks “just to appreciate the beauty.” Despite this fertility, however, food insecurity is a major issue in the area. Entering the food business would allow Wairimu to contribute to greater food security and care for her neighbors by making sure they always had groceries available close by. Though not lacking in drive or ambition, Wairimu was lacking capital.  In a financially burdened household, Wairimu she was not able to start her entrepreneurial journey alone. Reaching out for help, she found a local community leader willing to give her a boost by supplying  a few kilograms of different grains that she could sell at market. This initial gift, she says, helped her“figure out a way to get on my feet.” It wasn’t long before her grain sales began to take off. She was proving to be a gifted businesswoman, her personality well suited for sales. “I love interacting with people,” she says, “and I do not pass by an opportunity to make new friends.”

In 2014, Wairimu was still keeping up with her many roles: mother, student, entrepreneur. She had a lot on her plate, and on top of that she was struggling to keep up with her customers’ demand. Applying her proven research skills, Wairimu went on the hunt for financial help. That’s when she found Zidisha. Posting a proposal for a $100 loan, she hoped to purchase extra stock to supply her growing clientele, construct a covering for her market stall, and hire an employee to manage sales while she was away at school or purchasing stock from other local agricultural entrepreneurs.

In a matter of days, five members of the Zidisha community had banded together to fund Wairimu’s loan. A week later she was posting on her discussion page, thanking  her lenders and sharing the good news that her earnings had already increased. “I cannot say thank you enough times,” she posted. “You have contributed a huge part to getting me where I am today, and I must say it is a better place than where I was a few months ago… thank you for believing in me” The boost that this loan gave her was not only financial, it was also emotional. “My first loan came as a major life saver,” she said later. “It was difficult to make ends meet, the costs far outweighed the gains, and not once, not twice did I convince myself that throwing in the towel was long overdue.” A vote of confidence from Zidisha lenders, though, made her feel as though she had people on her team, rooting for her — and she did.

On November 13th, almost exactly one month after she received her loan, Wairimu had another great report to give her supporters: her business was thriving and she wanted to repay her loan ahead of schedule. She was serving more customers than ever before, and had also been able to rent a storeroom near the market, enabling her to centralize her business and keep her from having to haul her wares back and forth. “My mother has noted the improvement too,” she said, “because I am now able to contribute towards paying the bills and meeting our day to day basic needs.” Wairimu was delighted to share that she was  even able to buy her mother “something nice once in awhile.” In December, Wairimu hit another major success: graduation from university. “I completed my degree course and am super excited. THE MONEY EARNED FROM MY BUSINESS ASSISTED TOWARDS MEETING MY EDUCATION REQUIREMENTS. THANK YOU ZIDISHA,” she shared on her discussion page.

A year later Wairimu was taking her education a step further. “I have been super excited this past couple of days,” she said. “I went back to school to take up my post graduate diploma, and I am studying hard for my bar exams at the end of this year.  My business is good, plus I have employed a person to manage the business while I am at school.” Not only was Wairimu succeeding in business, she was also succeeding in school, studying to become a lawyer at Kenya School of Law.

As the months went on, Wairimu was a continual bearer of good news. She celebrated rain for local grain crops, rising sales, her healthy, smiling son, and being able to invite some of her close friends to the Zidisha platform. In April, she reached out and asked the Zidisha community to support her and her business a second time. Her life was hectic, “trying to juggle between studies, and making a living both for myself and my family.” It was a lot to handle, but friends kept telling her something that she was truly becoming to believe as she saw it happening in her own life — the future is bright. Putting in a proposal for a $272 loan, she shared with the Zidisha community her big plans for this bright future.

Wairimu was planning to purchase a  quality, durable bicycle and employ a member of her community to make deliveries. Previously, she said, her business was exclusively retail and customers had to come to her. With her second her second loan, she was hoping to become a supplier to small restaurants all over her town.  “I will be able to deliver right to my customers’ doorsteps. This will help give a major boost and keep me way above the competition… My profit will hit the roof.” With an expanded customer base she would see an increase in bulk orders, which would in turn increase her profit margin. According to her calculations, she was set to see a fifty percent increase within a matter of months. This would help her to pay her school fees, half of which were paid and half of which were due at the end of the year. “I know I will be able to meet [this payment],” she said, “if my business keeps scaling heights as it promises to do with your help.”

When her loan was funded, Wairimu responded with glee. “Happy dance, happy dance,” she said on her discussion page. “Words cannot possibly describe the feeling I have right now, the future has so much possibility… to my lenders, shukran,shukran shukran (means a lot of ‘thank you’ in Swahili).” In a matter of days Wairimu had her bicycle and a growing clientele. “[Zidisha is] someone that tells me my dreams are valid,” she said. The support of a community has made all the difference.

In September 2016 she shared a photo of herself and her son Victor, posting good news alongside. “My business is running well, my son got into school, and I am working hard towards my post graduate diploma. Sometimes being a single parent really does keep a person on her  toes. The challenge is good. It keeps me on point. Thank you zidisha, you have contributed greatly towards these smiles on our faces.”

The next few months were hard for the business, but Wairimu stayed hopeful. The future, she believed, was bright. By December, the light was beginning to shine. “Things are looking up, slowly, granted, but surely. I am most humbled by your kindness,” she said to her lenders that month.

In Wairimu’s  most recent update, things are still looking up. Stock is going fast and her graduation from law school is growing closer. She living a full and joyful life as a mother, student, entrepreneur, self-described “terrible dancer” who loves to dance, book lover, and nature lover.  Her determination and business savvy are inspiring to those who follow her journey, and her journey is a testament to the difference that believing in one another can make. “My children, when they grow up,” Wairimu said. “I like to believe that they will want to be like their Mama… trying to make it, against all odds.” Wairimu has found, as many have, that the Zidisha a community is here to support and embolden her effort toward a brighter future.

If you’d like to support and embolden another entrepreneur, head on over to our loans page and fund another bright future.

A Space for Service 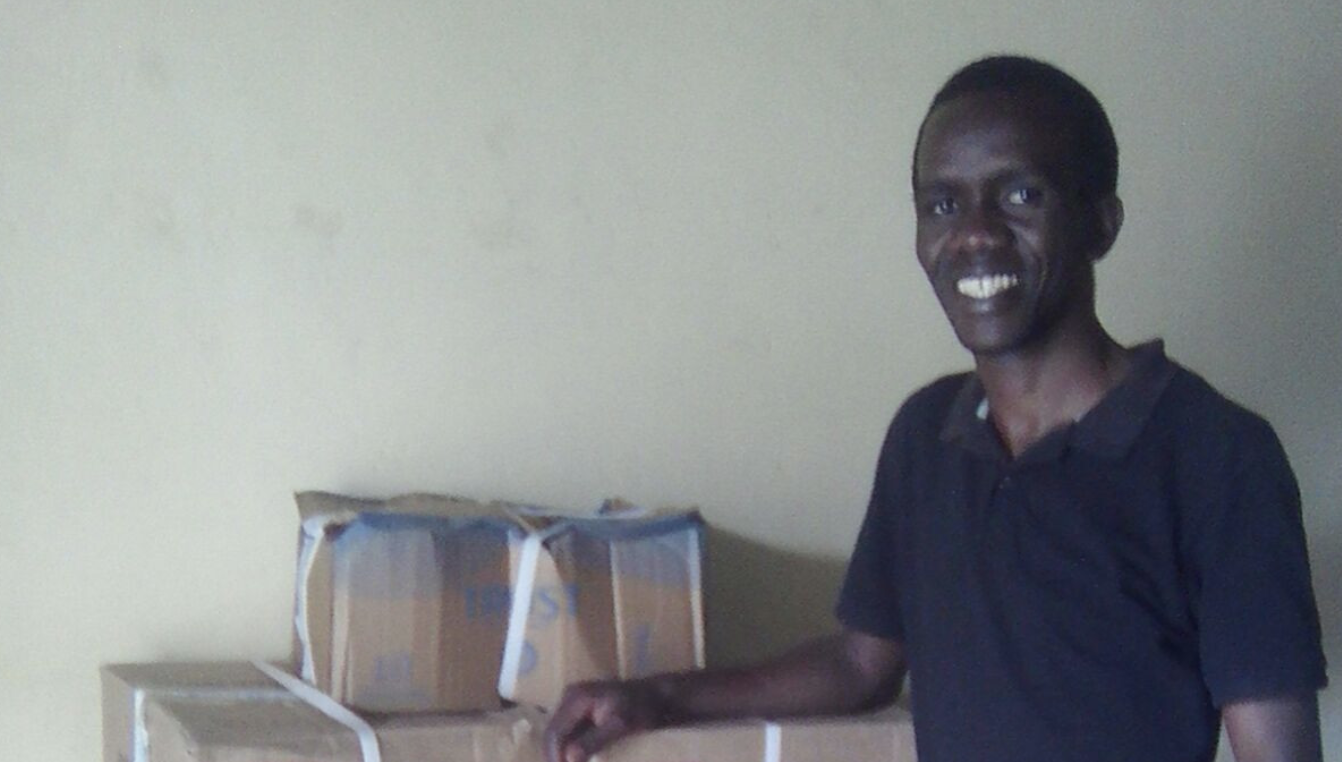