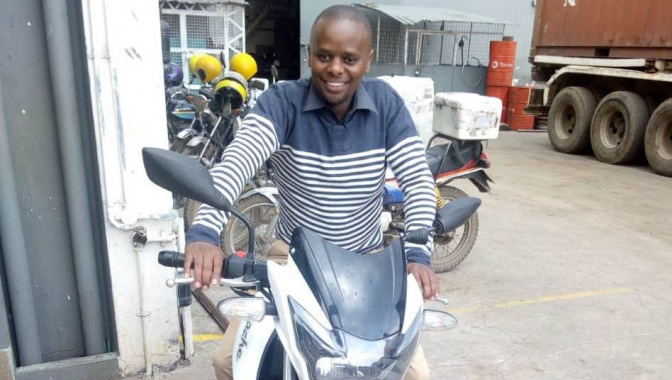 By day, James Wambugu is a Kenyan IT professional, but on weekends and evenings, he’s a busy entrepreneur with a love for the farming industry. In his day job, he works as an IT officer with a logistics company. At the same time, he is also exploring businesses in both indigenous chicken rearing and transportation.

He shares that, ‘I was brought up in a rural setting, where indigenous chicken was reared as a hobby as opposed to a commercial venture. I am venturing in the transport industry which has a lot of potential and at the same time rearing indigenous chicken at my rural home.’

To maintain his transportation business, he currently operates two motorbikes as taxi’s  purchased through loans from Zidisha lenders! He receives $7 USD everyday from his 2 riders. The remaining profits are put towards fuel, maintenance, and wages. In the future, he hopes to add a third motorbike to his business, which he predicts would boost his daily profit to $11 USD a day.

James explains, ‘My dream is to have 10 Motorbikes that will give me 30 USD per day, then make them 20 motorbikes, and eventually buy a mini-bus for passenger transportation.’ 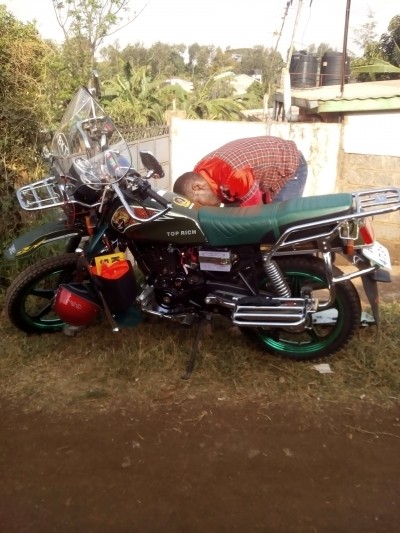 Since joining Zidisha in 2014, James has successfully raised 4 Zidisha funded loans and maintains a 97% repayment rate, which is exceptionally high.

With his initial loan of $150, James purchased the raw materials to build a perimeter fence around his compound for his chickens. These materials included: ‘chain link wire, fencing posts, nails, and labor.’ This loan made a positive impact in two ways. First, this allowed him to reduce the cost of purchasing feed as he only needed to buy supplementary commercial feeds. Second, this fenced in his chickens, preventing them from disrupting his neighbors. 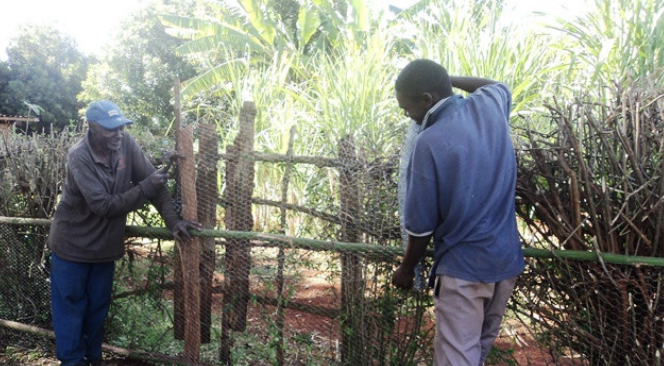 Later in 2014, James was able to raise his second Zidisha funded loan. This second one, in November, was for $297. Most importantly, James was able to significantly expand his number of chickens, buying 50 additional day old chicks. The remainder of the loan was put towards expanding his chicken coop to allow for the new additions as well as towards four months worth of commercial feeds.

By May 2015, James was excited to update his Zidisha lenders regarding his progress, ‘Dear Lenders. Thank you so much for your faith in me. Your loans have been put into good use, and am happy to tell you that my flock is now expanding. I have attached a photo of part of my flock for you to see how your loan has helped me. I expect this flock to start laying eggs in August or September.’

The following year, in November 2016, James found himself ready for a third Zidisha loan. This time he was ready to turn his attention to the transportation business. With $70 of his own savings, he requested $394 from Zidisha lenders to help purchase his bike.

He shares his confidence as he says, ‘I am guaranteed that this is a workable business, since am already doing it and reaping the benefits.’

The following year, in 2017, he raised his largest loan yet of $691 from lenders. As James began to see the success of his transportation business, he felt that it was worth investing in a second motorbike. With this fourth loan, he purchased a second motorbike and shared his appreciation with lenders as he commented, ‘Thank you lenders for your faith in me. You have funded this loan in 30 minutes. It says a lot about the trust you have in my willingness and ability to repay. I will not let you down. ‘

On Dec 26, 2018, James was proud to update his lenders on his discussion page as he shared, ‘Dear Lenders, Thank you so much for the trust you showed in me by lending me your money. I was able to buy a new motorbike and its now operational. My income increased from 3 USD to 7 USD per day. God bless you all. Looking forward to your continued support.’ 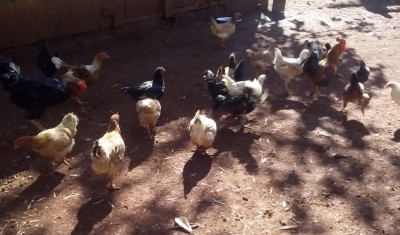 With a day job, two Zidisha funded businesses, and a wife and two daughters, James has a full life. Plus, when he has free time he loves watching football with friends. In fact, he is a self-described, ‘diehard fan of Arsenal FC.’

Would you like to impact a business owner like James? Make sure to head on over to our Browse Projects page to learn more! 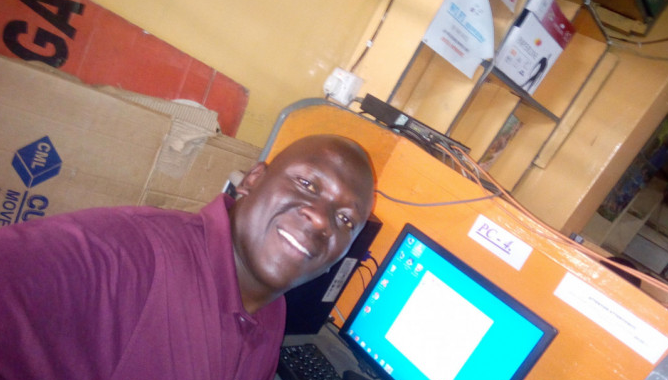