A loan to prepare cocoa seedlings to sell to customers 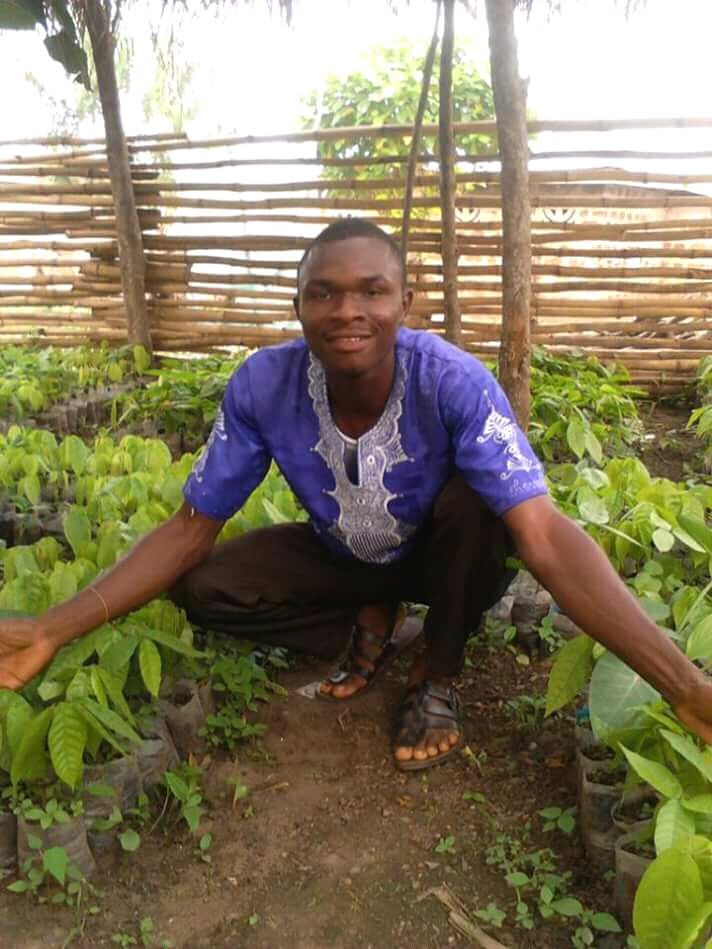 I am kyere Ronald.I started schooling at AKAB Complex School, continued at Berekum secondary school, completed and continued at tertiary Stage.
I am working as a sole proprietorship as farmer. I entered into farming in the year 2013 with some capital of about $500 with two workers who are being paid monthly.

NURSERY OF COCOA SEEDS
When finished second cycle, I was gingered to farm. looking at my community I opt for nursery of cocoa seeds simply because, majority of people living in these area are cocoa growers. They have rich lands for agriculture .Many of them choose to grow cocoa. I use that opportunity to start to cocoa seeds nursery. Few people were doing that and during the farming season cocoa seedlings become scarce. I was able to produce 3000 cocoa seedlings in my first year.surprisely; people were chasing me for it. Now, I am able to produce 300000 cocoa seedlings throughout the year.Some of the challenges associated with the cocoa nursery include; ordering of the cocoa seeds, nursery site/space/shade, potting/polybag filling, planting seed, watering, and pest and diseases control.

THANKS TO LENDERS.
I give thanks to all the Zidisha lending groups and the individual lenders who made my dream came into reality.
May God bless and fill all their sources of income so that they may get some to finance the needy ones like me.

I have been asked by my customers to prepare additional cocoa seedlings for them to buy since we are in the beginning of raining season.
I may need these items;
Cocoa seeds(150 dollars),Agricultural Extension worker to monitor the seedlings from diseases attack(100 dollars),rubber bag(100 dollars), pump machine(200 dollars), workers to assist me(150 dollars),site for the project(200 dollars)

HOW TO REPAY THE LOAN
I will be in a better position to repay because,alot of people are patronizing my service.I will repay the loan to help zidisha to grow.

Ronald opted to pay $62.94 into the Zidisha Members Loan Fund in return for a higher starting credit limit.

Ask Ronald a question about this loan project, share news and photos of your own, or send a simple note of thanks or inspiration.