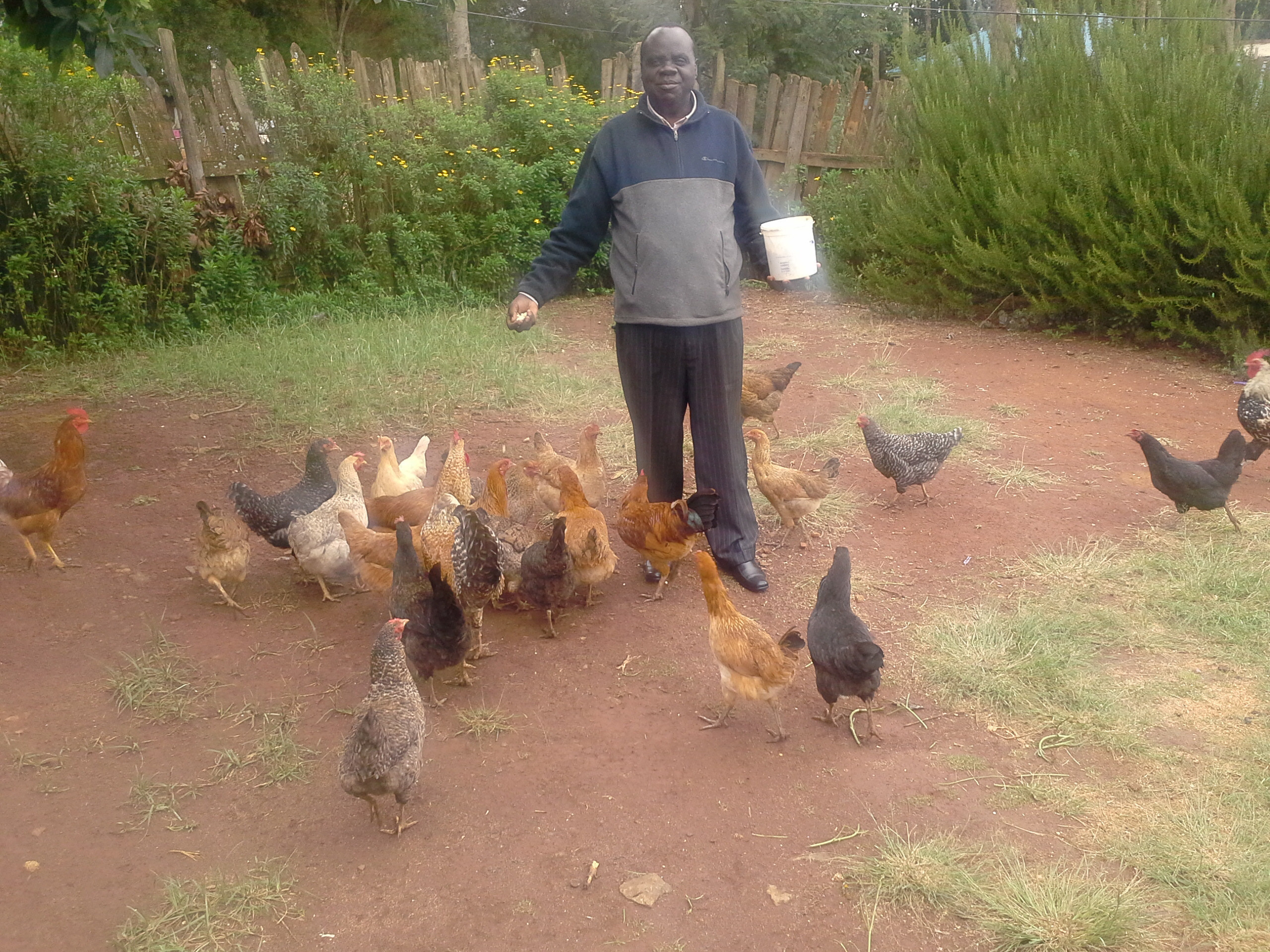 I was born in 1954 in Western Kenya that is now Kakamega County in Butere District .
I went to Primary School between 1969 to 1976 in Butere .
In Secondary School I went between 1979 to 1980 in Kisii .I am married to one wife with six children all of them are grown up ,they have graduated from the university and are taking care of themselves.
After High school a got a casual job with world vision kenya and I worked with them for 10 year.Their after out of my savings that I got during employment I used it to develop a business (poultry farming) with my wife.

As stated when I was giving my Biography, I and work with my wife in the poultry farm.We have also diversified and are now trying crop farming and animal rearing.
The Poultry farm has been in existence for over five years . We supply live chicken to the neighbors and also eggs . Due to consistency since we started we have a stable customer base.
The business is profitable because there is high demand for white meat and especially the local chicken which is what we are keeping and also the eggs which are preferred by most people.
The main challenges are diseases and feed which are very expensive especially when the birds are few in number.
My typical monthly cost of running the business is approximately US$300 while gross profit or income before these expenses is usually approximately US$480.
I have started diversifying my agribusiness to include goat keeping n half acre maize cropping to help feeding
I believe that the funding will come because if I get it now I will be able to buy many birds in readiness for the market.
We have from last year seen the need to diversify including in our business crop growing and a few animals which are doing well.

This loan will enable me to increase my chick breeds which will give me 3 trays of kienyeji/ traditional eggs in high demand within my area.

Also because subsidization I am farming about an acre of maize. I will buy seeds , fertilizers, vaccines and harrowing and planting

I am also applying diversification by keeping animals. Currently I have six (6) goats. two on which are now three months Old.

Corona virus should not be an impediment for normal life to go on. Keeping animals is an activity I enjoy because its Zero grazing within and around my environs. Chicken handling is also possible by keeping safe and following the government regulations and keeping distance.