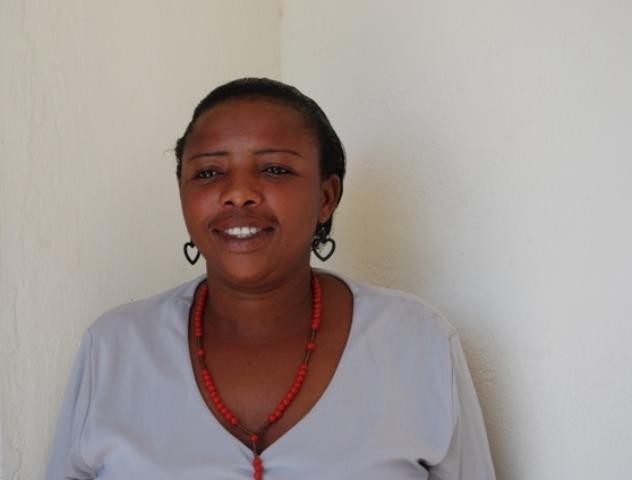 I am married with three children one in secondary level and the rest in primary level and I am the bread winner of the family after my husband who has been in police custody for over three years now after they got him with a phone which is allegedly said to have been used by thugs since 2009 up to date. I have been hustling so much to feed ,cloth and educate my children as I am certain sure that it is there right.I am just a form four liver with a business knowledge.I do sell second hand cloth and hand bags at Kilifi stage.

I do sell second hand cloth and hand bags plus shoes near kilifi stage. my customers prefer my good because they are style and high class yet they are cheap.The competition is not high as we are just two women selling the same type of cloth in the area. the business is profitable because at least I make a net profit of one hundred percent and is twenty thousand a month.With the your help i will add my materials and I wish to buy a sewing machine so that i will be sewing cloth or dresses at my kiosk.

Thank you so much for funding me the other time.. I will use this loan to buy different types of cloth or materials . Iam very sure that this timme around my business will expand. I have made a dramatic customers due to the previous loans I got. I will also use the loan to market my businness especially around the pwaniuniversity which is one hundred meters from my businness. Thank you so much as you prepare to fund me.

Ask Annastasia a question about this loan project, share news and photos of your own, or send a simple note of thanks or inspiration.