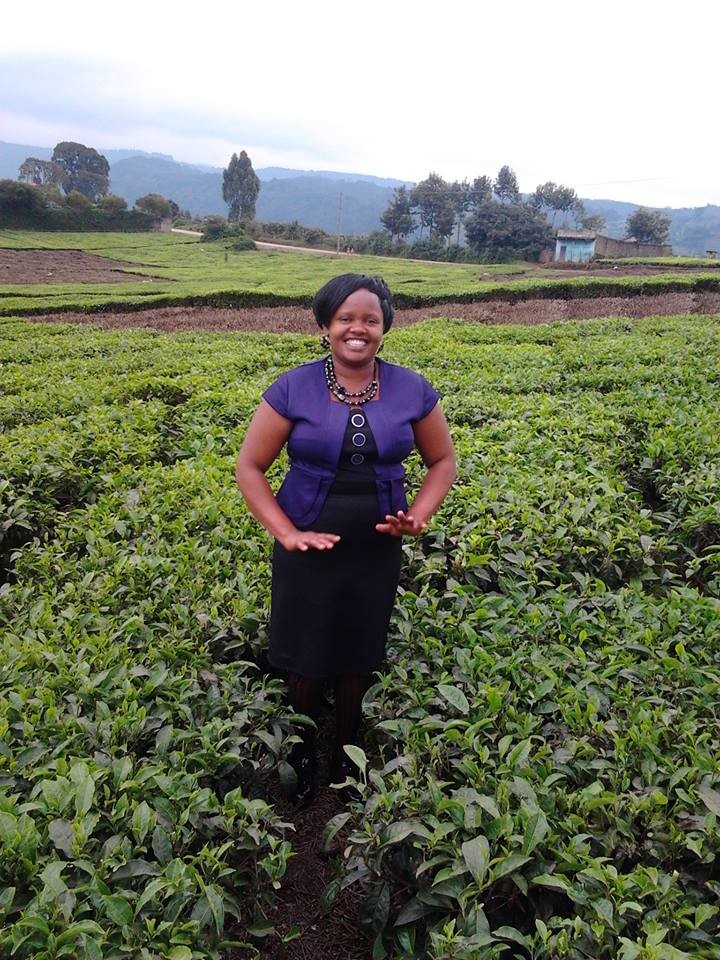 Loan to build a harvesting shade to protect harvested tea

I'm a mother of three- two girls and one boy. I'm an agricultural enthusiast, with a Bachelor's Degree in Agriculture. I'm even planning to do a Master's program and my dreams are way far beyond normal reach. I've always had passion for anything to do with Agriculture ever since I was a young girl. The one thing I love most about agriculture is how it's revolutionizing with time. The machines being used today are not things we had when I was a young girl. This revolution has brought so passion and drive for even further innovation. I decided to venture into agriculture, since the first day in college. After college, I sought a job for two years without any fruits or signs of even getting one. What sustained me during this time was my husband's earnings. This was not the life I had always dreamed of, being nothing more than a house wife. I always felt I had the potential to do even much big, if only I had the opportunity.

It dawned on me that I was letting my potential waste away by just staying indoors. We later came into an agreement with my husband that I'd have to go back home and invest in the tea plantations. We bought a couple acres of tea land, and this has been of much benefit to me and my family, as a whole. Tea exportation is one of Kenya's major revenue sources. It's a huge industry which has been performing quite well. It's actually one of the major boosters of Kenya's economy, as a whole.
Having recognizing this, I've been constantly looking for ways to maximize on my effort and earnings. I've to say the previous year hasn't been of what I had expected. I've realized that I've been failing the recent months due to my lack of innovation. If I would implement good, suitable technology ideas, I'd be succeeding and doing even far much more. I want to buy two ploughing machines and create partitions on my land so that calculating and working efficiently will be easy. I'm also planning to increase the number of workers on the land. This will boost the amount of work done in a day, and in turn, increase my earnings.

Once am granted this loan of 385 us dollars i will build a harvesting shade that will help me during harvesting, The Harvested tea will be placed under the shade so to maintain its kilograms and be fresh before they are collected and take to the factory.
This shade will also help workers to have a place to rest as they take their lunch.
I will budget for 300 us dollars for the shade construction and carpenters lab-our.
The remain 85 us dollars will be for farm inputs at 50 us dollars and paying workers 35 us dollars.

Ask Raha a question about this loan project, share news and photos of your own, or send a simple note of thanks or inspiration.