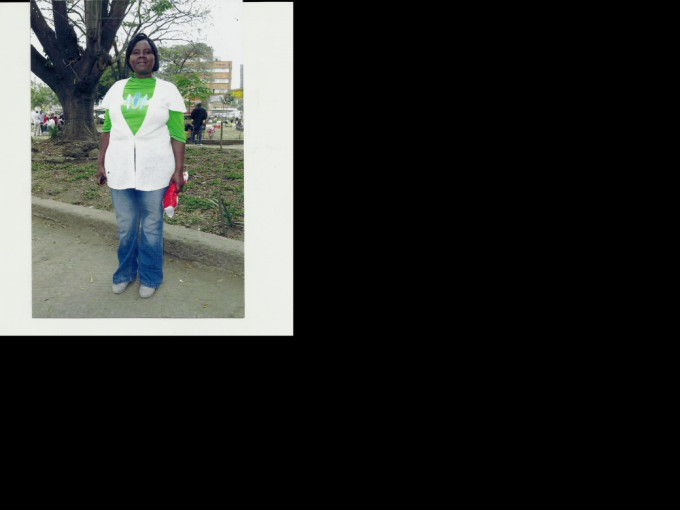 My name is Miriam Muthoni Githambo I am a Kenyan citizen who lives in Mawanga Nakuru.I am married and I have two children. I have been doing different types of business since the year 2000, currently I am running a dairy shop combined with a minishop which I opened in January 2012 when I moved from Mwea and settled in Nakuru and its called Alpha milk center.
In my Dairy shop I sell fresh milk, sour milk and yogurt of which I sell an average of sixty liters per day. I also sell general commodies like sugar, bread, soap and other household items and food stuff. I would like to expand my business by adding another deep freezer since the one that I have is not enough. And I also want to add food stuff and commodities and that is why I want to apply or a loan in your organization.
I have been borrowing loans since I started this business. I have borrowed loan twice in an organization called FAULU KENYA, that is when I used to live in Mwea between 2007-2009.In this organization you borrow as a group. I managed to clear my loan without any default.
Finally, my business is doing well and is very active, but I want to add other stuff to expand it.

My business deals with people it’s a small business but i want to expand it sell quality goods like milk,sugar,salt ,rice beans,cooking oil, tissue paper bread,matchbox,soap,sweets,pampas,steel wool,medicine,col agate,ink.pencil.scratchcards,biscuits,eggs,tea leaves,sodas,among others. The demand is high because the place is highly populated and since I have quality goods customers love my shop they come n large number but I don't have all the products that they want. I also sell at a reasonable price I don. The business is profitable because i have a lot of customers since my goods are of good quality and standard. Risks are that I don't have a lot of goods that my customers want I have other competitors that sell similar goods like me. Sometimes i experience shortage of goods like milk during dry season. I do sell at around ksh25, 000 per month and i make a profit of 500 per day. But since I want to expand my business so that i can sell up to ksh 50,000 and make a profit of ksh1000 per day.

i had opened an M-pesa and i have experienced difficulties in operating it because the float i had was little, secondly there was a time i closed because i got sick and admitted in Nakuru general hospital where i closed my business for about a month and my safari com line was eventually closed. I have the desire to re-open the M-pesa because i had established the entrepreneurs and in fact customers keeps on asking and i feel so frustrated because i used much of any working capital when in hospital. Since now I am okey and my health is sound, I am trusting and believing myself that given the opportunity I am going to prosper.

Ask Miriam a question about this loan project, share news and photos of your own, or send a simple note of thanks or inspiration.