Opening a restaurant for my community 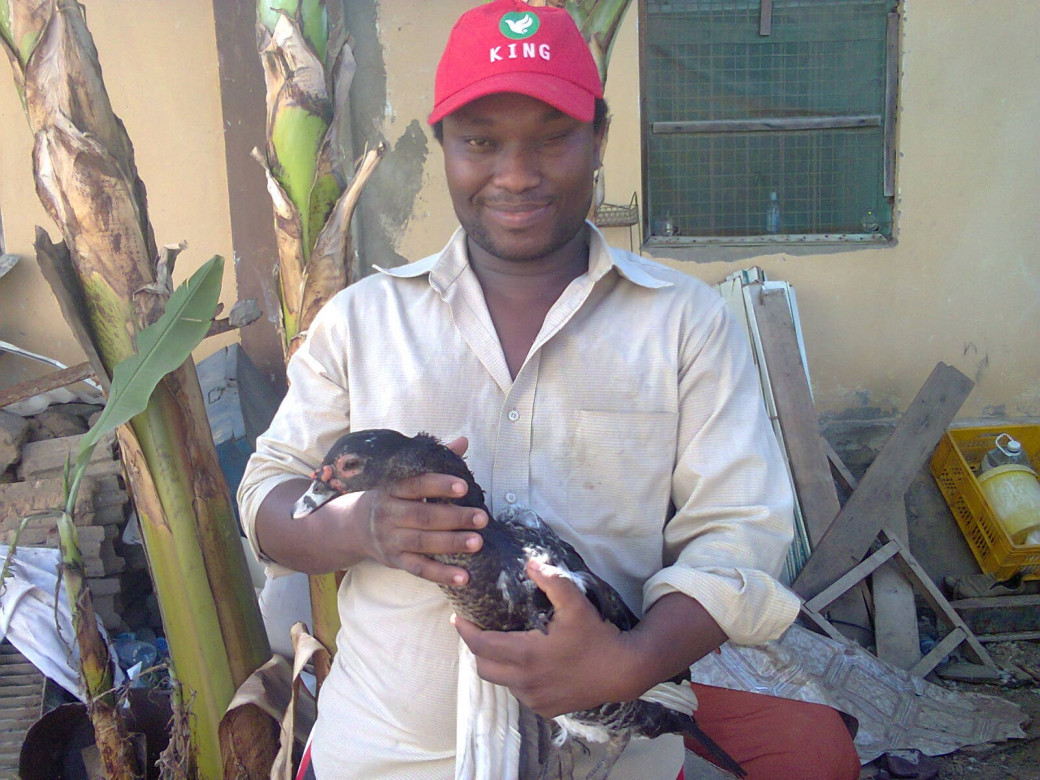 My name is Daniel Mbugua, a poultry farmer from Mombasa - Kenya. I was born and raised in Mombasa where my father worked at the Kenya Ports Authority. I was born in a rural area where I grew up accustomed to fairly good infrastructure like electricity and paved roads.

In spite of relative good life in my childhood, I faced a number of challenges like lack of playing fields due to poor planning by the local authorities and I grew up deprived what would be considered as the basic necessities of a growing child. That notwithstanding, my parents raised me well and imparted good values early life.

I went to rural schools both for primary and secondary schools because my parents feared I would get involved in drug taking which was rampant in our neighborhood. I later joined a polytechnic where I did a three year course in civil engineering. I was hoping to secure a good job after the completing the course after my father's footsteps but I was not as lucky.

I decided to use our house backyard to start poultry keeping which remarkable success. This is what I am still doing to date and I have no regrets for doing so since it brings food on the table and I also get a lot of satisfaction from the job.

I am married with two kids both who are in school.

I rear broiler chicken as well as geese in my house backyard. I sell broilers to local hotels and to residents within the residential estates. Mombasa is a fast growing city and it has all the demands of big city and one of these is fast food. I saw this opportunity and decided to exploit it.

The living standards of the residents has also improved in the recent past and a good number of residents have a much better bargaining power as compared to yesteryears. What used to be a preserve of the rich (like chicken) is now a common dish among many.

I keep broilers that take between 5-6 weeks to mature. I normally buy them when they are one day old and if the survival rate is good (about or above 95%), I make about $150 per brood. I use the geese to provide eggs that I sell to support the family when I am not selling the chicken.

I am glad I have a ready market of loyal clients in hotels and also in the residential areas. If funded, I like to keep two sets of broilers and separate then within two weeks so as to ensure a continuous sale of the chicken instead of waiting for 6 weeks interval. However, for me to do this, I need to get a helping hand in form of affordable credit and this is where Zidisha comes in.

I have increased my flock of chicken to slightly more than 400 birds. Given this money, I will use all of it to buy chicken mash and some raw material that I can use to produce some chicken feed. This way, I will be able to save a lot of money due to buying in bulk.

I will be able to increase my profitability and also serve my clients well. Thank you so much for supporting me in the past.