Buying hair products to stock in my clothing business 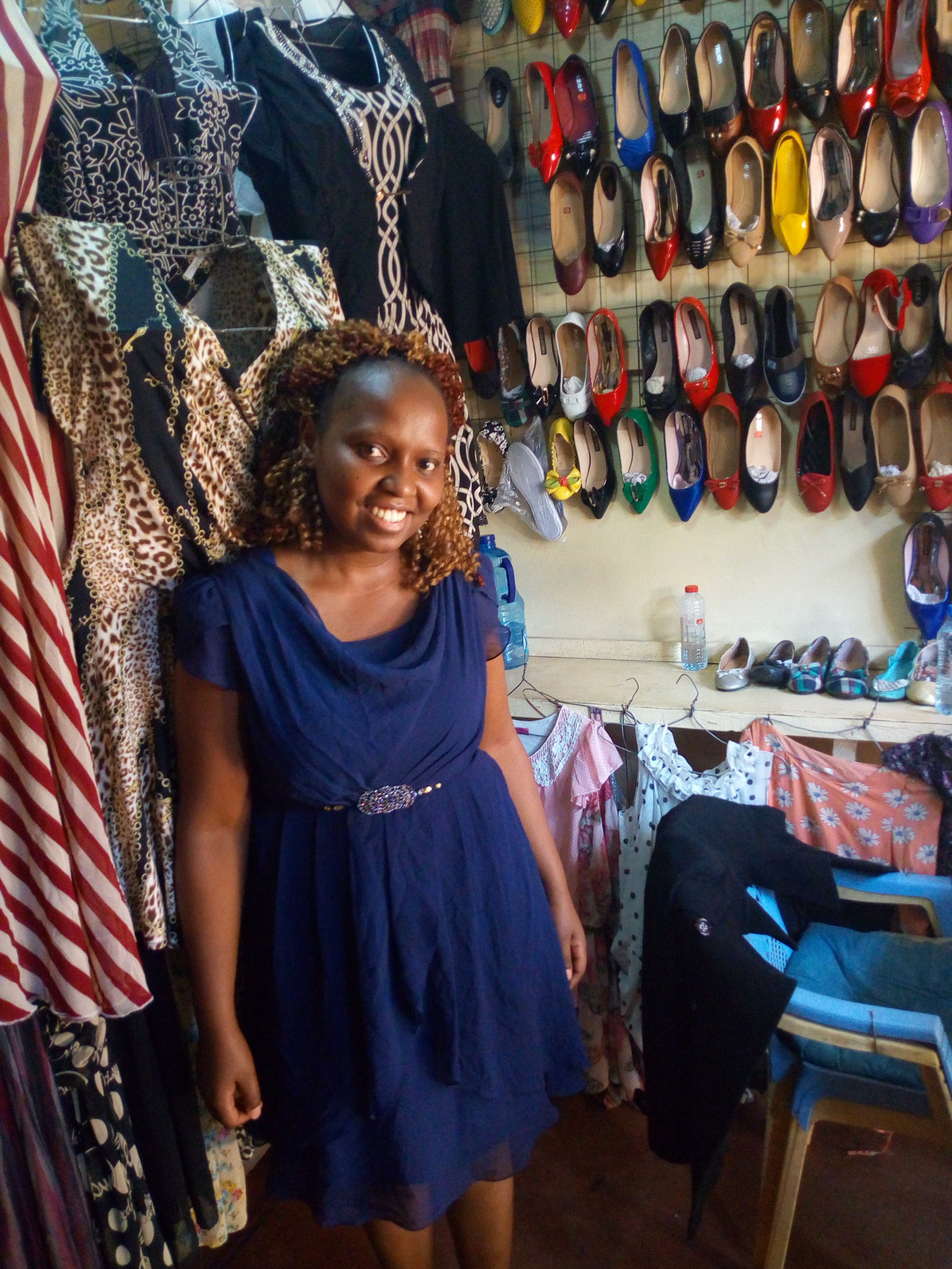 I’m the second born in a family of eight. Since my parents didn't have enough money to pay school fees for all of us, I didn't advance much in education as I was forced by the circumstances to do odd jobs to support my younger brothers and sisters. I was employed as a tea girl in a local primary school and it’s from that job that I saved some capital that helped me start my current business of selling second hand clothes. I would want to see my children grow to become successful people who shall make a difference in other people’s lives. Besides working, I love taking a nature walk, meeting new friends and reading magazines during my free time.

My business involves selling of both new and second hand clothes for women and children. Initially I started with selling the second hand clothes only, since majority of the citizens are not able to afford new clothes but still need to look decent in their outfit. Currently, I’m also selling brand new clothes, since demand for them is slowly increasing as the purchasing power of my customers increase. It’s also an open secret that women are the highest buyers of clothes, as opposed to men. In a typical day, my incomes ranges between 20$ to 30$, and I set aside 7$ each day, to cater for my running expenses like rent for the shop, transport, lunch and several other expenses. This leaves me with between 16$ to 23$ which helps me to cater for other needs like providing food for my family, paying rent for our house, paying school fees, expanding my business and also extend a hand of help to the more needy like the kids in children homes.

Dear Lenders, with my business of selling clothes for ladies, i have found it good if i could also start selling some cosmetics and hair products to the same ladies who came to buy clothes and other items from my shop. I intend to buy braids, weaves and hair jelly since most of the ladies have been inquiring if i stock such items. For a start, i plan to buy about 50 pieces of braids, each costing about 3$, 30 pieces of weave, each costing 7$ and 100 containers of hair jelly, each costing 1$. This will play a major role in increasing my sales and my profits for that matter. I expect my profit to rise by about 10 to 20% per month.

Ask Regina Mary a question about this loan project, share news and photos of your own, or send a simple note of thanks or inspiration.