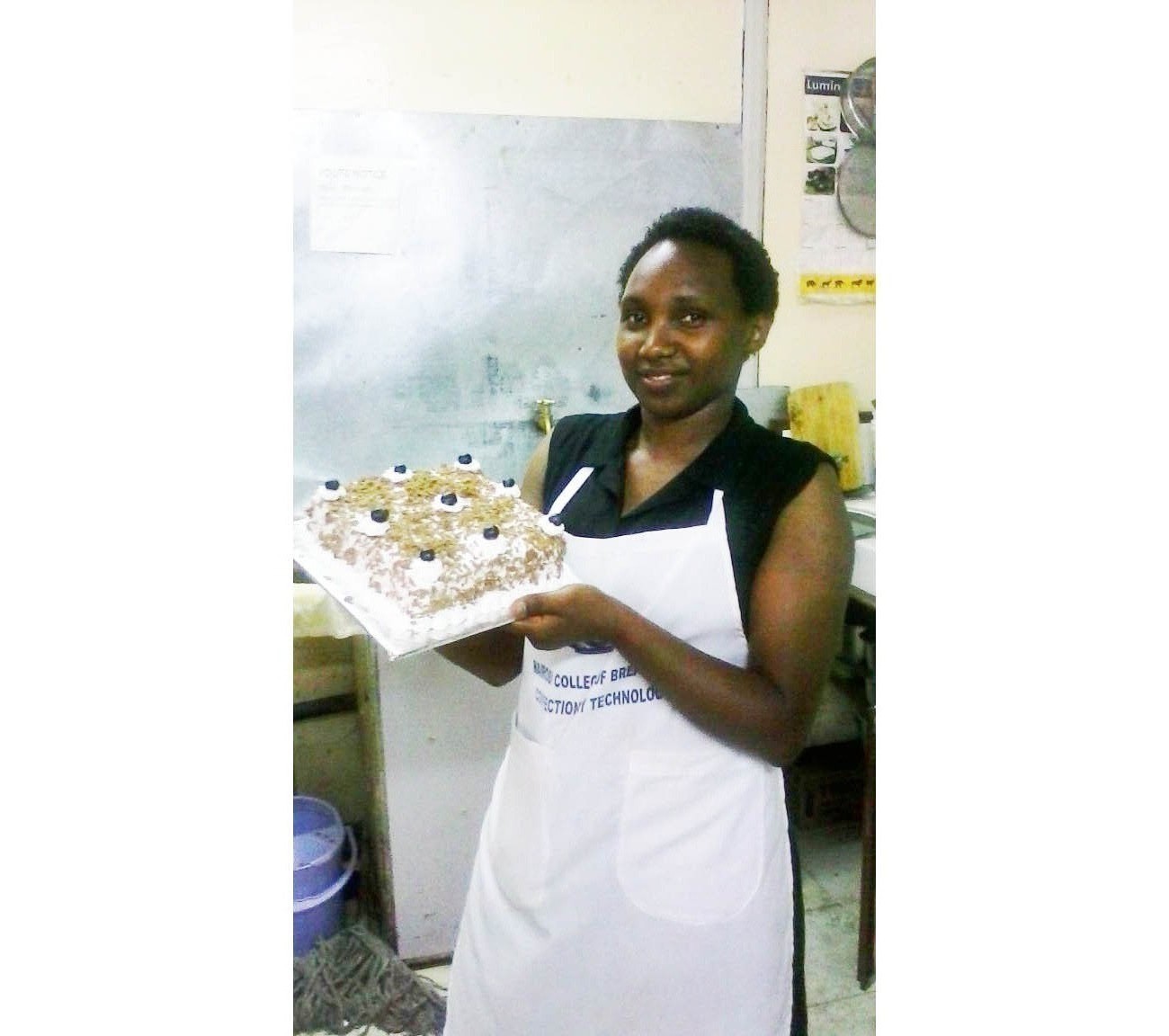 My name is Ann Migwi born and raised up in Muranga county in the central region of Kenya.

However, I navigated life safely into adulthood after having covered primary and secondary school education. I then left home to join Daystar University in the Nairobi City where I pursued my degree

I graduated and later secured a job in contract bases. Since then, I have been doing baking services having been trained in this area while still doing my degree course.

I am in baking business where I make cakes for all occasions like weddings, birthdays, anniversaries etc. I also do confectioneries such as queen cakes and supply them to retail outlets. I do this on a very small scale since I do not have adequate capital to expand and market my products effectively.

I also use makeshift oven which is not only slow but its finished product is now what it would really be if I was using a modern oven. There is a huge potential for the business since I live in a densely populated area where I am assured of demand all the time.

In enhancing my knowledge and improving my skills,I have doing this through YouTube which flexible and easily accessible. I have been able to impact the community by training them on how to use YouTube as a mechanisms to get skills,which is more cheaper as compared to attending class which one may incur huge amount of money.

Boost the business cake which is on going.to upgrade the baking equipment which will increase the revenue