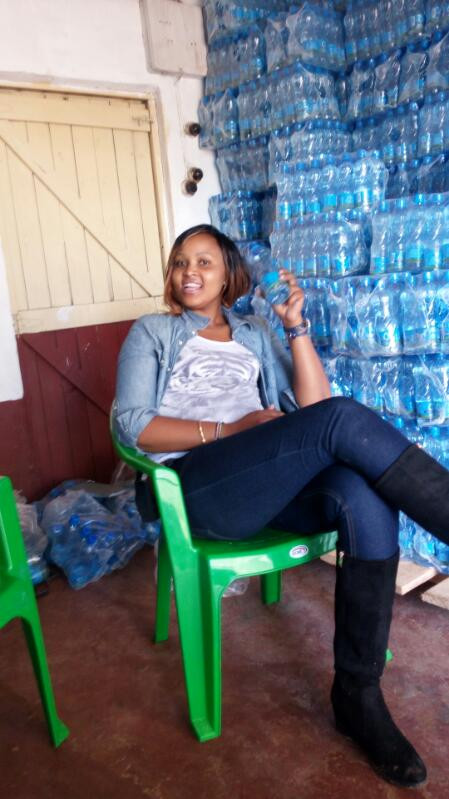 My name is Gladys Ndungwa Kavita, Kavita is my dad.My home is located in Tala, Kangundo in Machakos County. Am the 3rd born in a family of five. i have two brothers and two sisters. I went to Matungulu Primary School where i passed well and joined kangundo girls academy where i also perfomed well despite all the challenges i faced like being sent home for school fees most times, But by Gods grace i completed my education in 2009.
After high school i couldn not go to college or campus due to lack of funds so i moved to Nairobi and joined my elder sister. She didn't have a well paying job i had to hustle to substitute her income. i worked as a casual worker at a local school. After two years i had made some savings and decided to go college but it couldnt take me through so i dropped out during the third semester and that was the end of my education life.
I started job hunt with my half cooked curriculum vitae(no experience) but God is great i secured a job at jumbo quality mattresses as a counter sales girl. my salary was kes 18000 but after making all deductions(tax, medical cover, bus fare on daily basis etc) i could only take home kes 6000. i worked there until late 2016 when I decided to start a small business. I settled for packed drinking water supply and distribution

I run a purified water depot business under A company called Aquaridge limited,where i am a major supplier and distributor of fresh purified drinking water in some parts of Nairobi and most of parts in eastern Kenya. Due to hot seasons drinking water has been a major problem to many parts of the country that's why I came up with the business idea of water supply in the most affected counties in our country.
I choose water business because it is the type of business your are almost sure of its continued growth and ready cunsumers for the service you are offering.
Basically the only expenses i have are the rent for the premises, electricity bills,money to advance my stock and the local government wok permit which costs me 30000 kes per year. I pay a monthly rent of kes 8500 and an electricity bill of kes 400. Since the business is located around where i live i don't incur bus fare cost. after all the expenses, i take home an average of kes 35000 every month and sometimes up to kes 45000 on a good month.
I have one beautiful daughter who is six years old and wishes to become a pilot when she grows up.
At the end of every month I pull funds and pay all the utility bills, house rent and school fees for my daughter then plough back some percentage of the money into my business and the rest goes to medical cover and savings.

Being from Kenya, a third world country most people do not have their own mobile phones and another significant percentage doesn't even have access to one. From the best of my knowledge Kenyans really treasure Christmas holiday and they all want to celebrate that birth of Our savior Jesus Christ in the best way possible to their ability.
I know sales of mobile phones will be high this Christmas just like it has been the previous years, everybody want to communicate with their loved ones, family and friends and wish them a happy holiday and I want to take this chance to make that dream a reality by availing cheap phones to the people of my locality.
I intend to buy a variety of cheap phones available in my country. Some of those phones go for a low as kes 1000 on a retail price. If my loan is fully funded I will purchase around 30 phones ranging kes 800 to kes 1500 wholesale price. I can't actually quote the exact phones because the current phone market in Kenya, there are new products now and then, so I, lol have to go for what is within my target budget and what the customers want. If a customer places an order for an expensive phone and they pay a some amount as deposit I actually bring the product their want but at the moment I don't have enough savings to purchase phones to sell in my shop,But i hope this will become a reality.
Looking forward to hearing from you

Thank you alot zidisha team and the lenders
God bless you

Ask Gladys a question about this loan project, share news and photos of your own, or send a simple note of thanks or inspiration.