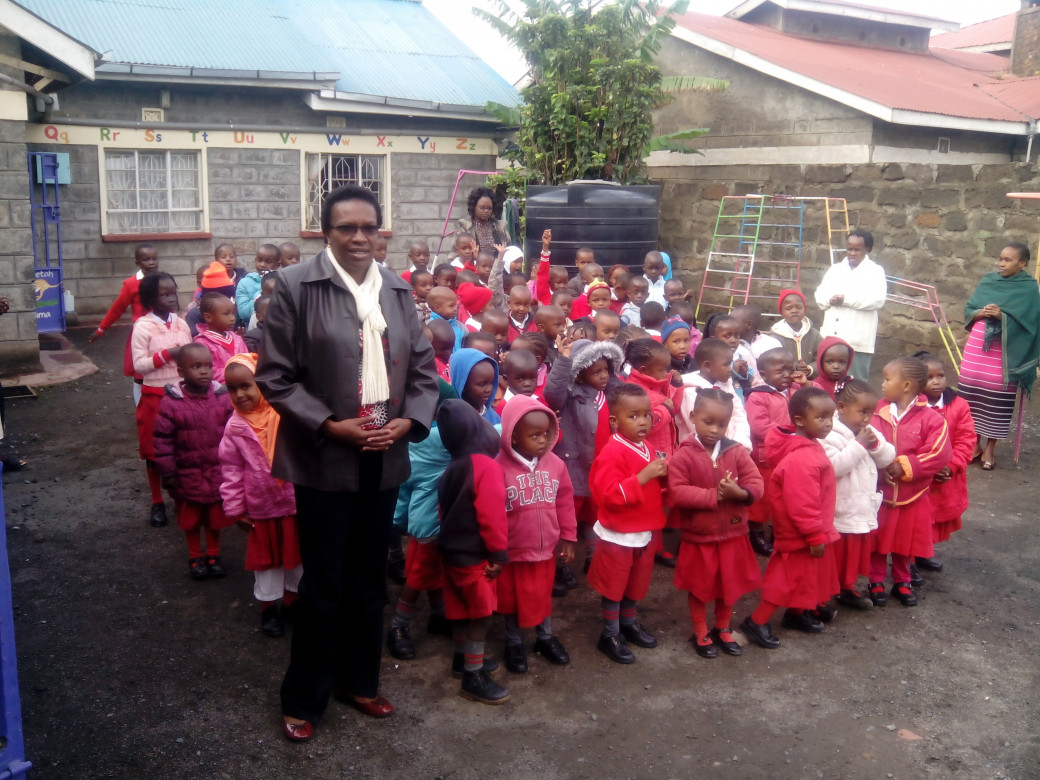 Iam a 43year old single mother of two children aged 20 and 11. i come from a large family of eight. We are orphans, having lost our parents some years back.My father passed on in January, 1991 and my mother passed on in February, 1999. I live in the same house as my business thus trying to save on paying extra rent. My first born has cleared high school and is waiting for his O-level final national exams results and my daughter is in class six. We are a God fearing family and this has helped us reach our goals by not relying on family support but by putting our faith on God. We live in a rented house and pay rent of Kshs. 20,000 per month. The increament in rent is as a result of the number of classes i have added. I have provided employment to five teachers and one surbordinate staff. echoes of joy has been our source of income for the last seven years and all this is thanks to the bold step i took to be self reliant.

Echoes of joy daycare centre is a nursery school taking care of children aged between 3-7 years. We have six running classes, baby, middle and top class. We have also started offering lower class education in standard one, two and three. Echoes of joy opened its doors in the year 2009 and has been running since. The community around Mwariki estate do appreciate and support the fact that we brought early childhood education close to their homes. We also run a vacation bible study for all children in the surrounding area and we do not charge. It is meant to bring children closer to God and also to keep them busy over the holidays. this has been a big success. I am so grateful to all my supporters in zidisha organisation for your immense support. I have been able to support my family and at the same time bring education to my community, may God bless you always.

I am hereby requesting for financial assistance in order to complete a construction that i have already started. This will accommodate a new number of children that have already enrolled with us. I have done the walls and what i need the loan to do for me is the concrete floor that will cost 500$. I will also need to paint the new classroom at a cost of 100$. The classroom will need shelves, tables and chairs for the children at a cost of 250$. Once i am able to do the above the children will start learning in the new classroom. It is quite spacious and also gives the children a very conducive environment for learning. My goal is to enroll as many children as i can so as to have many children access education thus eradicating illiteracy in my community. May God bless you always for assisting me to achieve my goal.

Ruth opted to pay $83.04 into the Zidisha Members Loan Fund in return for a higher starting credit limit.