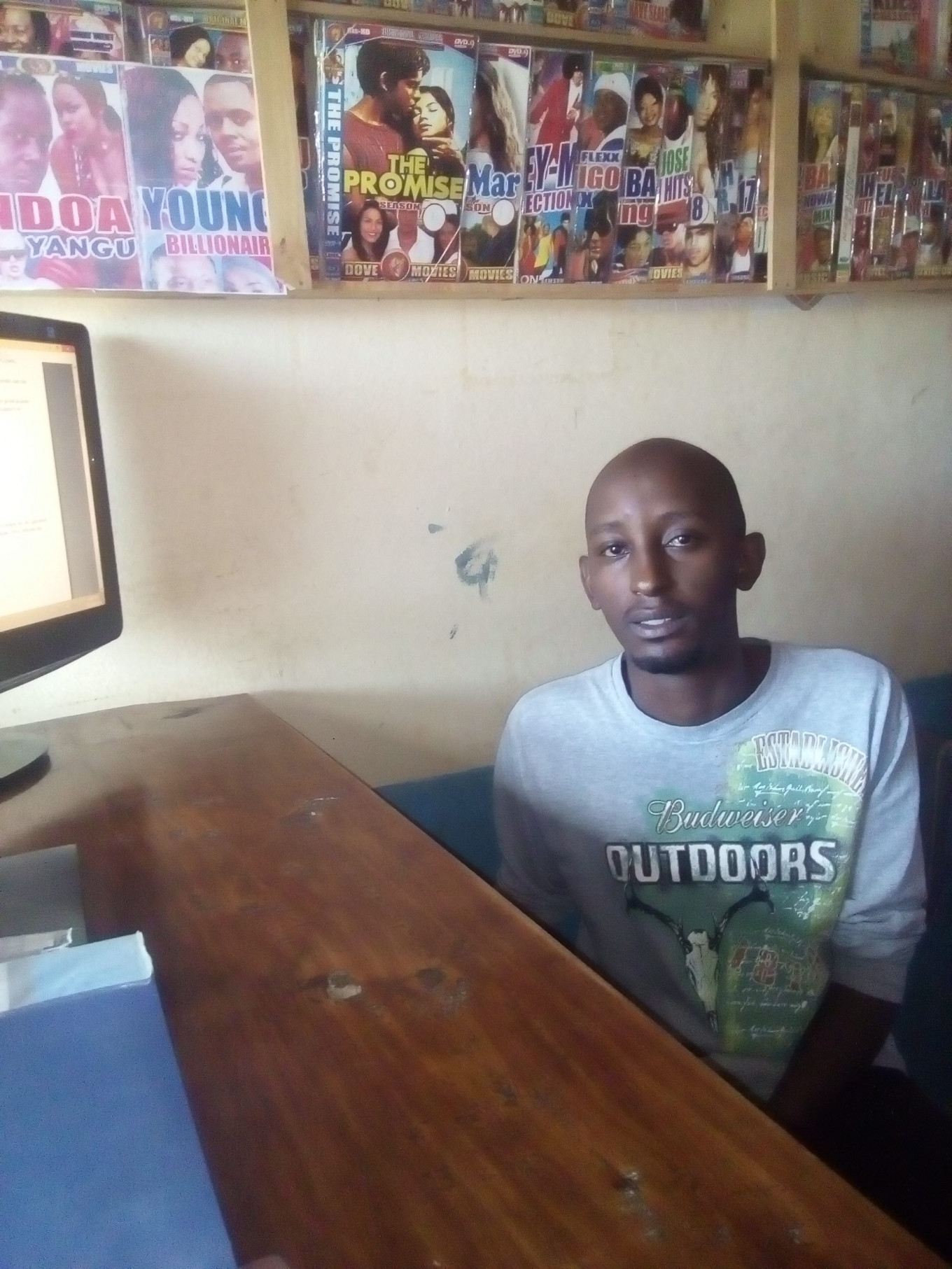 I was born in kiserian in 1985,schooled there in my primary classes to class two,we moved to kamae where i continued with my education to class four.I attended good shepherd academy in Njabini to class 8.i attended Nairobi school for my high school and Kenyatta university there after where I graduated with a bachelor in science lower class.I since was doing casual jobs after i worked in Vision Afrika Sacco gilgil in various capacities but was not satisfied with employment since I had always preferred self employment and also wanted to settle in one town since through out my childhood and youth we had been shifting from one place to another(i have lived in 7 different towns) and that made it hard to have friends and grow my self hence the idea to open up a business where I would settle and improve the town by the quality and the services i would offer .I started my business when still employed in 2012 since i liked technology and knew there was great opportunity in pursuing that.i live in Kenya and our people like communities and that's what I have leveraged in my business since it's a place where the youth can experience different technologies and mingle.am currently single not yet married I think my customers are my kids and they would appreciate if they had all modern technological equipments in there disposal and that's what i aim to accomplish.i like exploring technology in my past time and reading about it.

my business is called red spot entertainment.currently we just offer gaming services (ps2),photocopying,computer services and sell movies but hope to expand and increase the number of consoles, open up a cyber and a sports viewing center in the near future and later register as a company and venture in more entertainments related businesses. As of now am only operating with three(+ 1thanks to zidisha) consoles but my hall can handle six.am the only one offering such services in my neighbour hood so the demand has been high as shown by my income.in a day i make around Ksh 800($8)minus all the daily expenses,in a month that's around ksh 24,000($240) minus Ksh 3000($30) rent and 2500($25) electricity.I reinvest ksh 5000($50) back to business and am left with ksh 13,500($135).most of this is spend repaying my loans that am almost done with.I am single so I don't use much on myself

While I was still working, I lend from my place of work(a local sacco) around ksh 240000($2400) to start another business wines and spirits but unfortunately the licensing process here in Kenya is a bit dubious for business regarding liquor and I lost alot of money in that process and run ins with the police as they would be noticed by corrupt licensee.around ksh 50000($500) on this process I closed the business later.I shifted for where I was living close to my current business and unknowingly this gave thieves an opportunity to raid it and I lost almost ksh 100000($100) in total and later I lost my job.All those challenges have caused my to be unable to repay the loan efficiently though I have but I have not been able to pay the installments in full and thus I have been in arrears right now I have a balance of ksh 110000($1100) but a had savings of ksh 86000($860) and I wish to repay the balance of ksh 30000($300) and be done as the interest is quite high at 1 % per month ksh 1600($16) and penalties on the arrears.from the loans I have acquired from you I have been able to improve my business to an earning of ksh 20000($200) per month and hope that once am only repaying your loan that I will handle better than when I was repaying for the two loans.the balance will be used to acquire a license for this year for ksh 9000($90) and the rest I will plough back to the business.

Ask Victor a question about this loan project, share news and photos of your own, or send a simple note of thanks or inspiration.