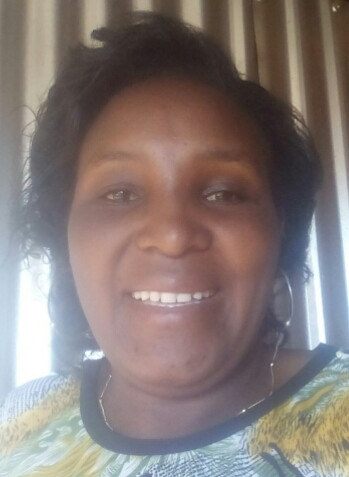 Completion of my permanent house

I am Emmy, married with two children. I live in Burgei village, rongai in Nakuru. I am a secretary by profession where i work in a secondary school.
I hold Diploma in Business Management, Certificate in Secretarial and Computer studies.
Despite the monthly salary I earn it could not cater for my needs therefore I engaged in farming where i majorly deal with dairy cows.
Indeed the project has really assisted my family but much has not been exploited due to lack of enough funds to widen the scope.

I have 3 dairy cows with some heifers. Each cow I milk approximately 8/9 litres in the morning thus giving the total of 24 litres @27shs (though the prices keep on fluctuating.) I therefore earn Ksh648 on the lower side x30days=19440.
After deductions of the expenses incurred for treatment, and feeds the profit is about Ksh. 10,000.
Diseases e.g East coast Fever which is common in our place is a serious drawback of this business despite the cost of treatment which is costly sometimes it leads to the death of a cow. Also fluctuation of price of milk is a very serious challenge since one cannot plan ahead or budget for the income expected.
Thirdly, drought normally affects the dairy cattle since there production becomes low hence need for enough storage of food to cub the problem.
Since the project has not been exploited well due to funds i therefore request for funds in order to do it to the fullest by using a zero grazing method which is normally very productive.
I will therefore use the funds to construct the structure for the 3 dairy cows and employ someone to assist me in achieving my set goal which I believe it will be highly achieved.

Though we're undergoing trying and difficult financial time globally, I believe that I'll be in a position to repay my loan.
Noting that I'm a civil servant repaying my loan at least won't be a big problem Incase of my farm income becomes a problem.

Ask Emmy a question about this loan project, share news and photos of your own, or send a simple note of thanks or inspiration.