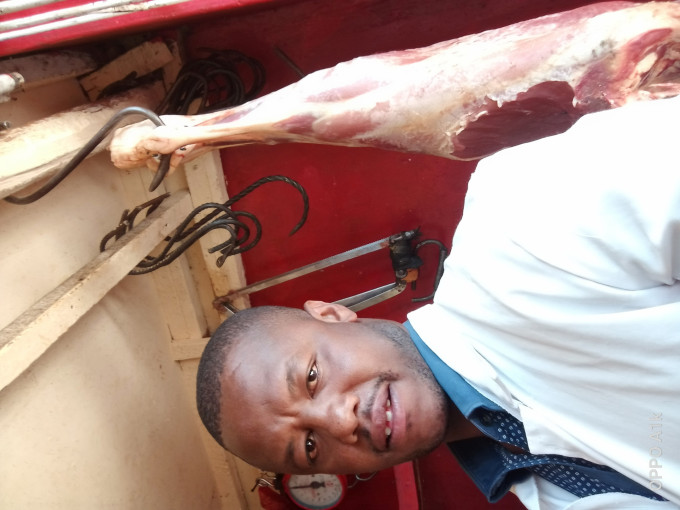 Dear Lenders,
Thanks very much for the loan which i have completed to repay.Actually my business has improved since i received it,compared when i was learning without the loan.For now ,i have bought one new motor-bike to help me in transporting Goats,sheep from the farmers to the slaughters house very easily.
To this loan,i am planing enlarge my business by constructing a permanent shade out side my butchery.This will attract more customers because there will be more spaces than present .in addition every customers will be served as quickly as possible because there will be more worker than ever.
The money will be spend as follows.
1.Three lorries of stones worth.K.E.S.60,000 including transport.
2.40 bags of cement worth ,K.E.S.34,000 INCLUDING TRANSPORT.
3.20 ion sheet worth ,K.E.S.10,000 including transport.