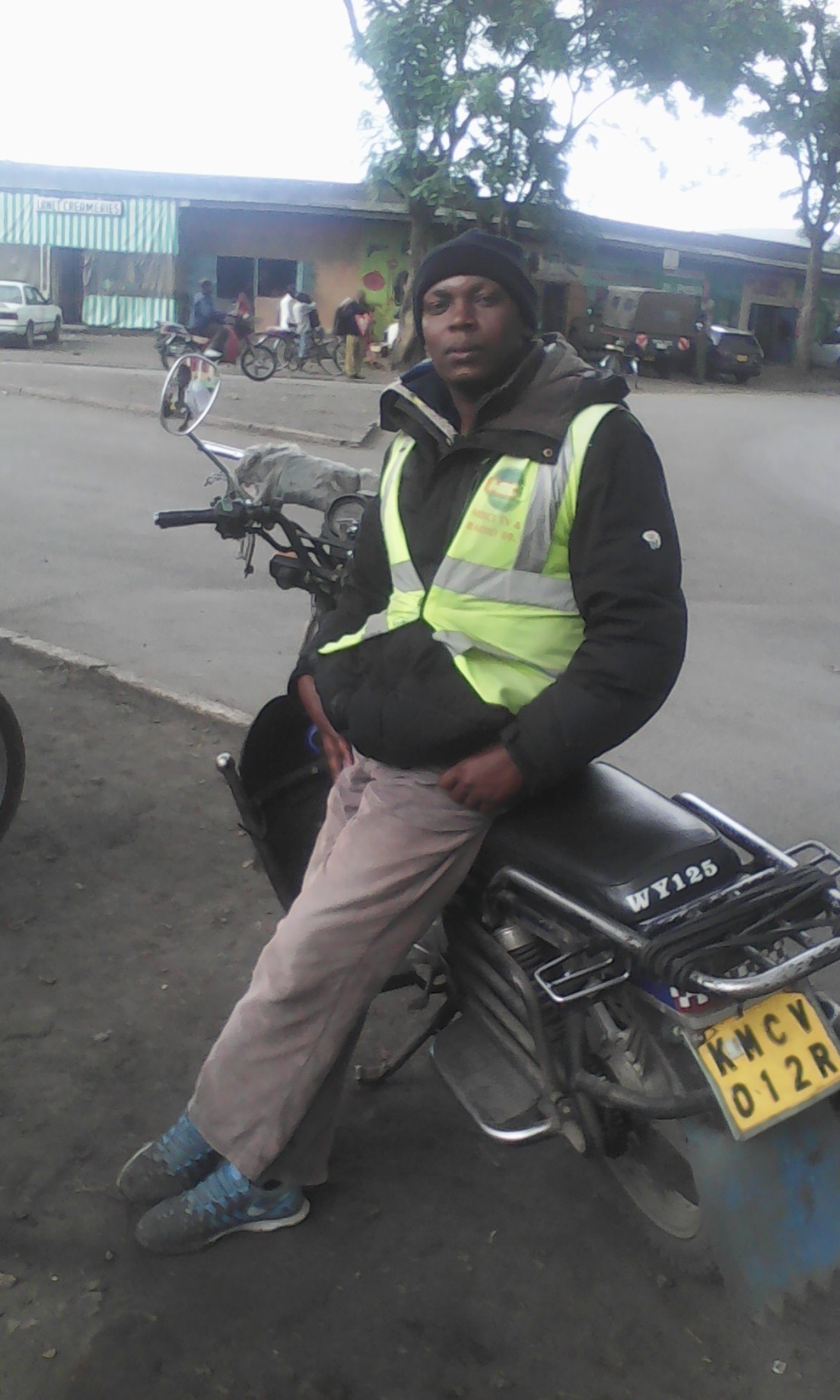 My name is Antony Kimani Nyaga, am thirty one years old. I grew up in Nakuru County, with both parents. My parents are hard working parents. They took me to KABAZI Primary school where i did my o level and attained a grade of B and through my hard working parents i was able to join an High school Called, PATEL DAY high school i graduated with C plain in my secondary level, Hui, since my parents by then and now are normal casual laborer they were an able to raise school fees for my college education, and so just like many other Kenyans, i had to start anything of payment.my first work was in flower firm. The payment was too little to keep an ambitious man like me moving and so i quitted and joined transport industry as first a bicycle taxi rider and then later after working hard and through loan from my local bank, i was able to buy a taxi motorcycle and is now what am using up to now , i finished paying my local bank and as usual, local banks are strict and sometimes difficult to deal with, i requested higher amounts and ended up asking me more security that i could not provide. and so i stopped completely following the whole thing. Until last year i shared i story with a friend who introduced me to zidisha. He was always on duty his motorcycle insurance re-newed, his driving linces valid. and always smart in job. he hard many customers than as, he hard new umbrella while us we did not have. his name is Duke Ombagi Nyangau, a true member at zidisha. i admired him and i wanted to be in his position in terms of work. in more than a half an hour he narrated to me how zidisha works and how good they are to faithfully people who turn to them for loans. This year on April, through his help i attempted with success. i have fully paid the loan i requested and am now in for another one, please assists grow my taxi business. I admit that zidisha loans are cheaper and easy to pay.

Currently, am a lincesed motorcycle rider, i transport people around my town at a fee and i take pupil to school every morning, i pick them from school and i still people trust me to take their money to their personal accounts, this is what i do for now and am able to meet are all my daily needs and pay all my family bills and enjoy life.

Dear lenders and the entire zidisha team, once again after benefiting from your first loan, am in for the second, please make it possible for me to renew my insurance and my motorcycle driving lince, i love my taxi business . infact, taxi business for people who are self employed . it is well paying job in Kenya.