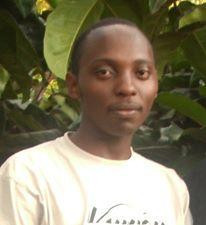 I am 26years old guy, not married who is ever optimistic, ambitious and very determined to achieve every set goal. I am an architect by profession and a businessman by virtue and nature. I learnt the skills of doing business from my late mum. She was single and I was the only child. Since the background was not well off, she struggled to raise me. The challenges opened up my mind and stated to hustle so as to relieve her off some burden. I started rearing chicken while in class four. The business did well to an extent I managed to buy several goats and later some cows. By this time I was in class Seven. At this point I could mange to pay for my fees. My mother passed away while I was in form one. I was left in the hands of my elderly grandmother. Bearing in mind that she was just a peasant farmer, I was left with no option other than work hard for my school fees. Being 14 years old, I could manage to multitask, being in school and running business at the same time. I eventually managed to do well in my national exams and got an admission to a public university, University of Nairobi to pursue architecture which was my dream course.
I have grown businesswise to an extent of investing in real estate. If I get the loan, I am intending to buy a container and let it out as shops.

As I stated earlier, I started very low while still as young as eight years old, in business of rearing chicken. Later on I managed to expand the business by adding goats into the farm. By the time I was completing my primary school at the of 14 years, I had managed to add several cows into the business. Rearing chicken, goats and cows all together managed to pay my school fees upto tertially level. When I got to university, I incorporated horticulture farming.
The university life introduced me urban life. I started looking for opportunities in the urban centre. I at first started a hardware, operated it for two years. The returns were good. I eventually quit farming and tried to concentrate with urban life where I tried to engage in businesses that were less involving. I tried a venture in real estate. I bought a 40ft shipping/cargo container and partitioned it. Looked for a prime undeveloped plot and negotiated with the owner for a longterm lease. I then could let out the stalls to businesspeople. The cost of investment was around 0.8m. After the first endeavor was successful, I sold out the hardware and bought another container. With the experience of the first venture I managed to cut down the cost of the second venture upto 0.75m. By now I have manged to invest in four containers which offer net income of 130,000 per month. I also manage to gain income of professional works of around 40,000 per month. I am not formally employed since I like being my own boss. I am still expanding the container business and my goals are in the next two years i will manage to buy prime plots and develop commercial/residential houses to let.

I would use the amount to buy additional stock into the electricals and electronics shop i have operated for quite sometime now. Specifically I would buy such items as sockets and socket extensions, electric cables, the small radios and other items of such kind. This will also enable me build my creditworthness in this forum to enable me borrow a larger amount to something bigger.

Ask Alphaxard a question about this loan project, share news and photos of your own, or send a simple note of thanks or inspiration.