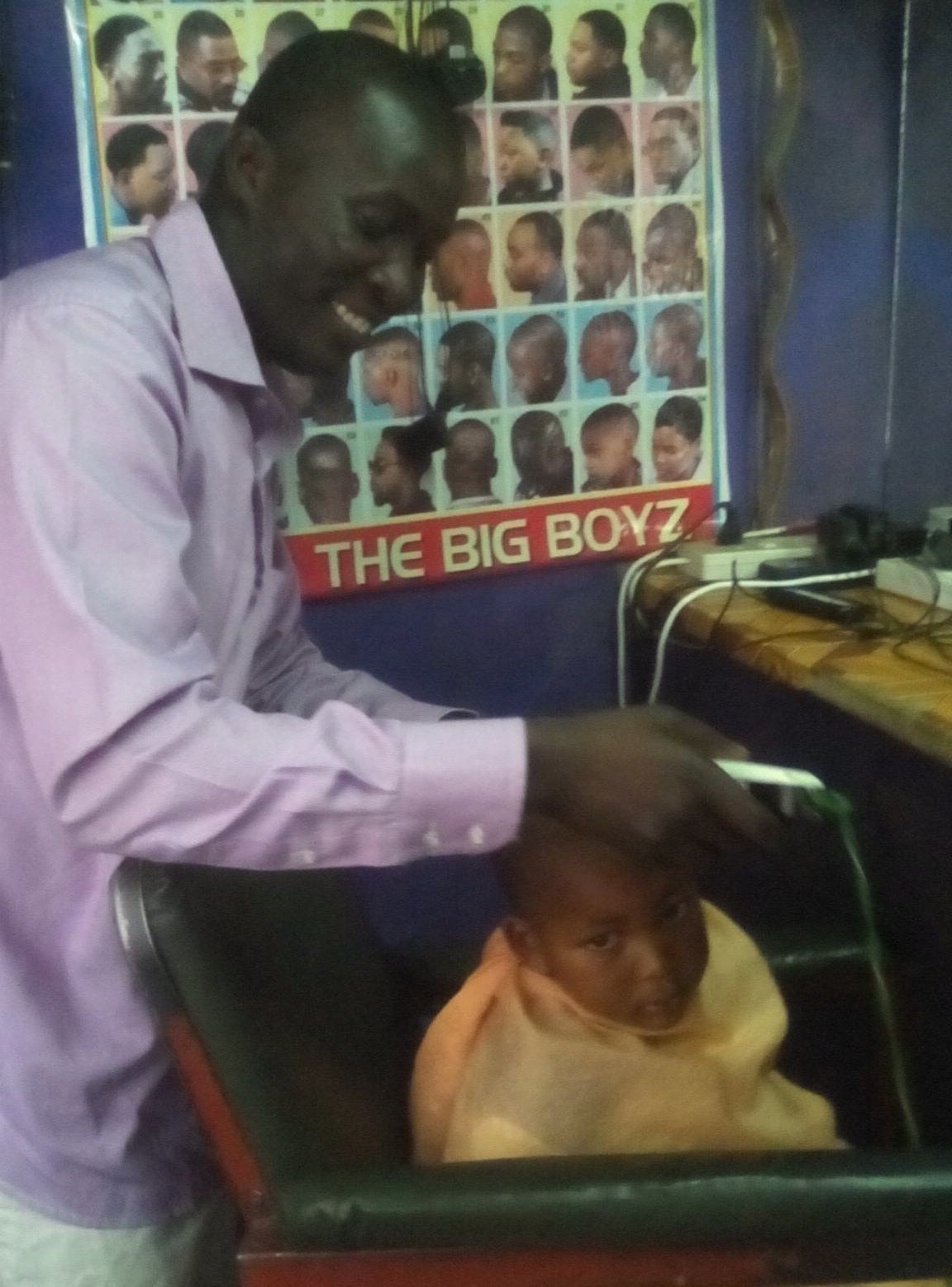 I was born and brought up in a part of Kenya known as Kisumu. I went to Ogango Primary School and Kotienditi High School after which I joined Directorate of Industrial Training in Nairobi for my Tertiary Education. I did a Certificate in Electrical Installation but didn’t manage to secure a permanent employment after my college studies. From the little savings that I had made out the odd jobs that I was doing a little cash from my friends, I managed to start an executive barber shop where I now work full time. In a culture where growing of too long hair for men is not encouraged, I saw barber services as a great business opportunity. I have one child at the moment who wishes to become an Economist when he grows up. During my free time, I like playing chess, watching football, and taking a nature walk.

In my business, the major service is shaving of hair and beards, on top of other services like charging of mobile phones which also gives me an extra income. Considering that most of my neighborhoods are not connected to the national grid, they are forced to search for somewhere to charge their phones and that is where I come in. My business profits per day ranges between $10 to 15$ and I work for 6 days in a week. I use this part of this income to support my family since I’m the sole bread winner and the remainder is what I use to develop my business.

I intend to use this loan to buy one still door which go for $121,Five boxes of floor titles each $24 which add up to $120,two liters of paint which is sold at$29 and the labour for the whole work is $69 . This will help me attend to my customers in a clean environment and secure , where they can leave there phone charging ,even during the night hours, since the security is okay. , which sometime leads to loss of business since some customers don’t want to leave be hide their phones to charge,but they prefer to wait wild charging . This will also help me create employment to one more citizen and in the process uplift someone else life. Holding other things constant, I expect my profit to grow by 0.7. I hope you consider this application. Thanks in advance and may God bless you.