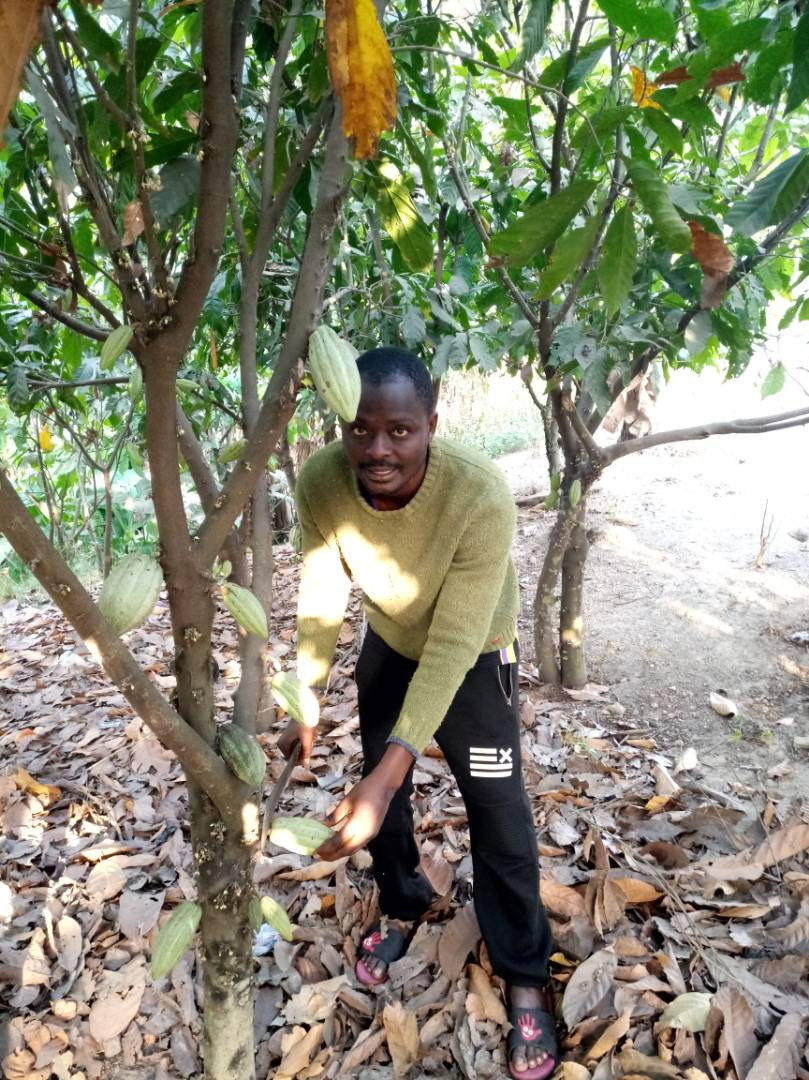 As the first male born of nine children i started school while i was with my parents. Then in 2007, when i got to primary five, my father brought us(by then seven siblings) including my mother to our hometown and went with a different woman to stay with. I managed to complete JHS in 2002 upon the hardships i went through of helping people on their farms for money. My intention was to stop schooling and enter into farming by then, but with the little help from my mother i was able to complete in 2005. Since my result could help me further my education, i continued at the University for Development Studies in September 2014. Upon entry, it was only in the first year i could pay my fees in full. For subsequent years i remained number one on the debtors' list till completion when i gathered money from my National Service allowance to pay before taking my certificate.

Since my intentions have been to enter into large scale farming i have secured over twenty acreages of land to plant cashew to be shared equally with the landlord which is termed in our local parlance here as ''abubu'' I was motivated by the fact that cashew has become the next cash crop after cocoa in Ghana, providing income for people who go into it.
Moreover, i don't want to always remain a dependent, rather self-sufficient individual capable of helping other people such as Zidisha is doing.
Since it is a cash crop and needs time to mature i have not started gaining anything in the form of revenue from the cashew yet. Not this withstanding, i do plant yam, cassava as well as maize which i do sell to hire labour. I do spend an estimated amount of over five thousand Ghana cedis(GHC5,000.00) per annum on the farm. This amount is distributed in buying weedicides, cashew nuts for planting, cost of hiring labour and other farm tools.
In addition to the cashew, i do plant cassava maize and yam, and proceeds from there go to help my other brothers and sisters in their education. Finally, intenda using part of my salary be repaying the loan since i am a teacher.

SINCE I AM A BEGINNER IN THE CASHEW FARMING, I WILL BUY CASHEW NUTS TO PLANT ON A LAND THAT I HAVE ALREADY CLEARED. 100 DOLLARS WILL BE USED TO PURCHASE THE NUTS FOR PLANTING. AND REMAINING 155 WILL BE USED TO BUY WEEDICIDES FOR WEEDS CONTROL AND TO PAY FOR LABOR ON THE FARM. CASHEW HAS GAINED POPULARITY AS THE MAINSTAY OF THE LOCAL ECONOMY OF MY AREA. AS A RESULT, IT WILL IMPROVE UPON MY STANDARD OF LIVING, BY BECOMING ONE OF THE BIG TIME CASHEW FARMERS IN MY LOCALITY THEREBY CREATING JOBS FOR A LOT OF PEOPLE WHO WILL WORK ON THEM. THE CASHEW IS AT ITS INFANT STAGE, BUT I AM VERY MUCH OPTIMISTIC THAT IN THREE TO FIVE YEARS TIME, MY PROFIT SHOULD INCREASE BY 50 PERCENT.

Ask Boadi a question about this loan project, share news and photos of your own, or send a simple note of thanks or inspiration.