Inventory of seed and fertilizer for foodstuffs shop 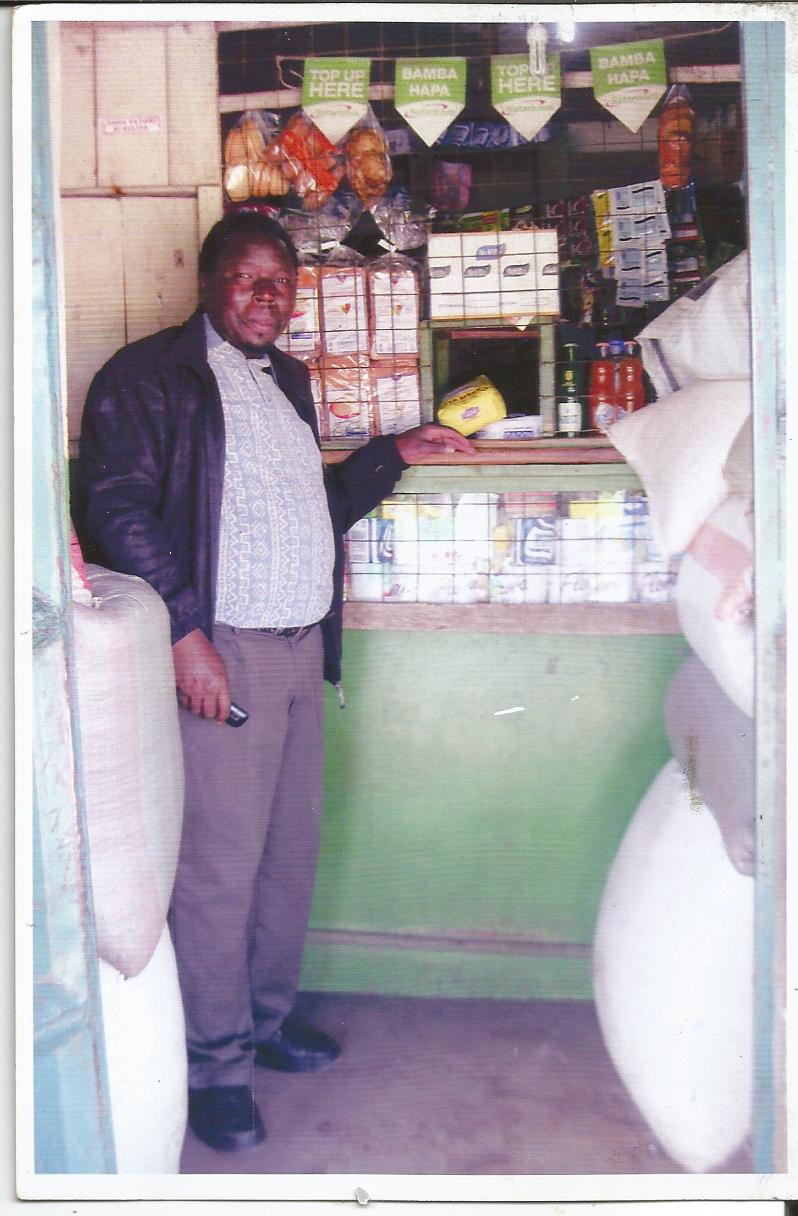 My name is George Nyakundi Siko . I am a family man with five children.
I come from Bahati area as you travel along Nakuru/Nyahururu road as you reach Jomo Kenyatta High School you go to the next stage called Mwisho wa Lami. You alight at that stage and just ask for George’s Shop you will also see the shop on your right hand as you alight. The plot is in the shamba plot no2625.
I was born in Bahati area where I started school in the same area , in a school called Ourlady of Fatima Primary School. After completing my education I started helping my parent in farming business and then I started small business which have grown to a big business today. when I started the business I could sometime fall short of the commodities but I used to even travel far and wide to look for the missing commodities e.g maize or maize flour.

I have a shop where I have stated at Mwisho wa Lami stage. I sell different types of commodity rage from food stuffs and other goods. I get about 25000 per month and annually is about 300000. I also do farming where I get about 200000 per year. So the total annual income is about 500000. I use the amount to buy new stock for the shop pay school fees for my children and also pay for my other bills.
I operate a general shop where i live at Mwisho wa lami . I sell different types of commodities e.g. food stuff like maizee flour , all types of cereals and other house hold goods. With the profit i get from my business i pay zidisha loan , pay school fees for my children and last time i bought i motor bike and also i use the remaining for home improvement.

I would like to buy goods for my shop especially now that the season is very dry and may people are in need of green vegetables and cabbages and the other food commodities also the i would buy seed and fertilizer for sale in my shop. I hope the lenders will be able to give me the loan before this season is over . i would also like to thank the lenders for the good work and also continue with the same spirit.