Inventory of items for my provision store 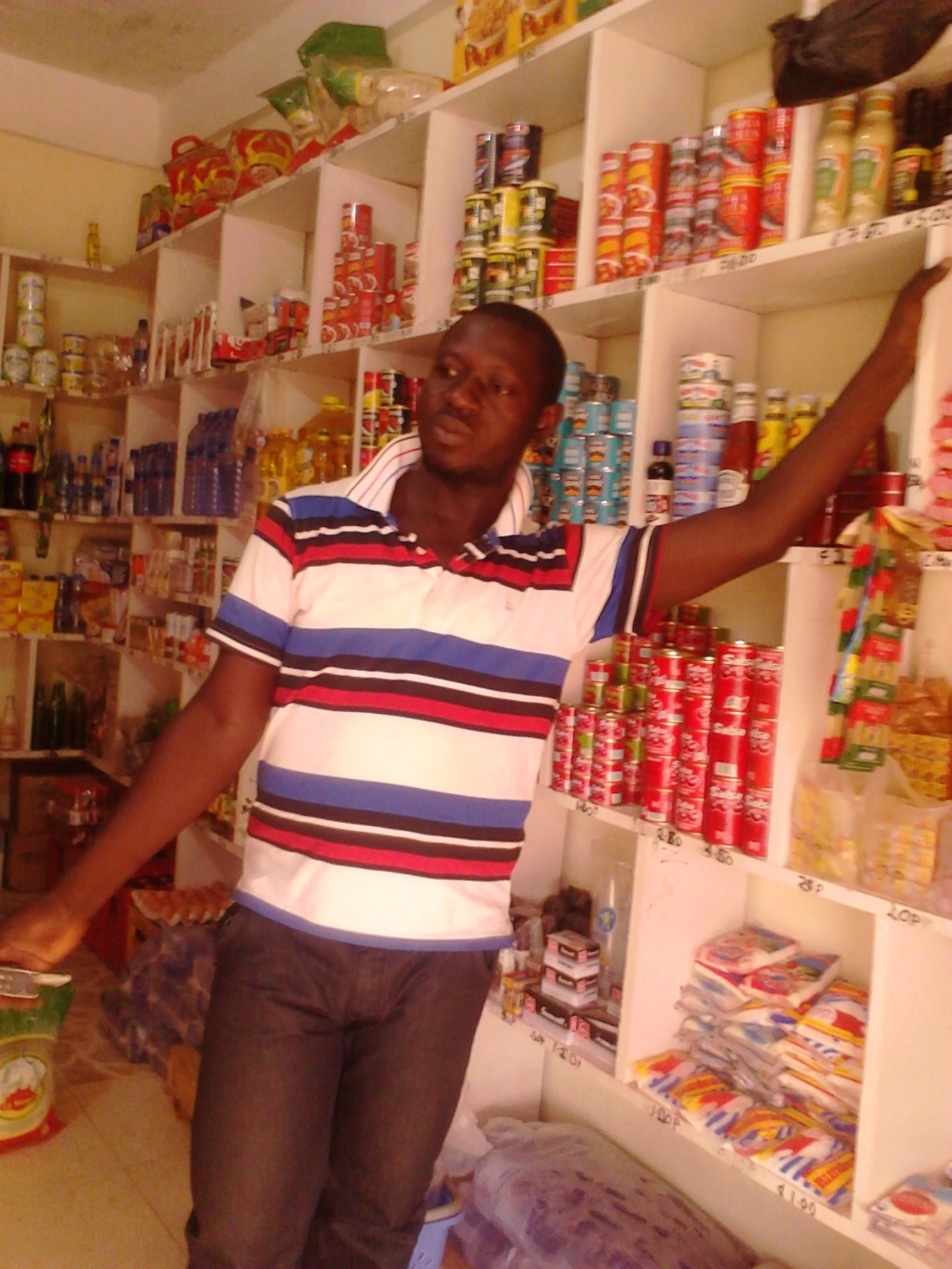 My name is Richard Febiri Kyere. I come from Berekum in the Brong Ahafo Region. I have married with two children. I teach at St Monica's JHS as a trained Teacher from the Berekum College of Education. Form there, i moved to University of Winneba and pursue Education. I started this provision store long ago and is very lucrative . I have been doing this for years and is helping me and my family for a very long time. This provision store helped me during my education at the training college and University. It is now assisting me to take care of my family. i like to play football and watch my local team Chelsea play and win. i have two lovely kids who make me feel so happy all the time. I always go to the shop with them and it helps me a lot.

I started this provision store many years ago and it has brought tremendous change in my life. I buy goods from local distributors and sell in my shop. I buy the goods at a very attractive price which brings me huge profits. I buy and sell all kinds of provisions from various distributors and sell to the people in my community. Due to lack of funds,i cant buy in large quantities which may subsequently bring me higher profits. I chose this kind of business because it is the only provision store in my area. When i invest about $905, i can get a profit of $200 dollars within a week. This is very awesome and booming and i need this loan urgently to improve and buy in bigger quantities.

Thanks to Zidisha my business is growing up. My first two loans has help me a lot. I am pleading with my dear lenders to help me with my third loan. i will use the loan to buy more goods to my store.in my area there are somethings which the stores over there do not have so i will used the money to buy those things. some of these items are bags of rice, sugar.wheat, milo,milks, soaps,etc. Many people from different town come to my store to buy items in bags to resole them because the prices of items are affordable and my store is located on the road side which attract many people to come and buy things from my store.i need $905 to buy goods to my store due to the people who come and buy things there and the profit that i will get from it i will use it to pay for my children school fees. I will buy those items in bags and resold to people. my aim for joining zidisha is to become a lender and help other people to start their own business

Ask Kyere a question about this loan project, share news and photos of your own, or send a simple note of thanks or inspiration.