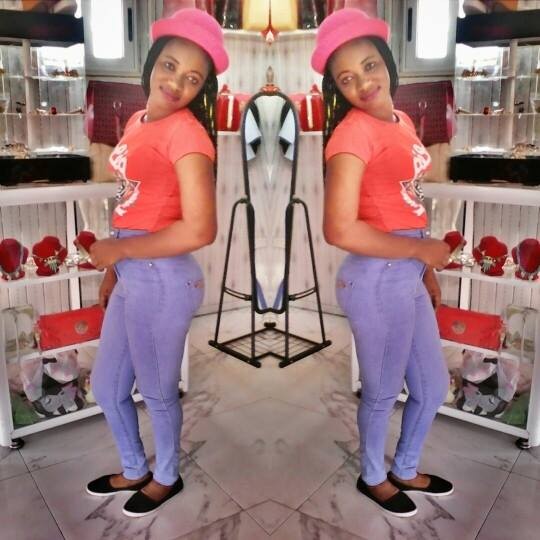 My name is jessica ama serwaa . I come from Berekum in the Brong Ahafo Region of Ghana, I am the second born of my parents. I started my basic education at Techiman R/C Junior High School and continued at Sunyani Secondary School (SUSEC) and, after the complexion of Sunyani Senior High School, I furthered my education at Galden City Commercial College and pursued a diploma certificate. My hobbies are reading, music and watching television.

profitable so the income I generate from the shop can help me to pay it back. I promise not to disappoint Zidisha. Thank you.

When I completed school, I noticed that there was no print shop in my community, so I opened a print shop at the Berekum Municipality in the Brong Ahafo Region of Ghana with name “DON’T WORRY PRINTING PRESS” in the year 2011. This printing press is located at Berekum Main Station. It was created at that place because there was not any such business in that area where we could make printing, copies and any other printing services. The business is running faster for me to make it big. But unfortunately, the money is not enough for me to buy some items to establish my business.

with the amount requested, i will use $70 to buy different type of hair, $50 will be used to purchase chairs and pomade, i will use $100 to do renovation of my shop. this will help my community members to come to my shop learn how to make hair.

Ask Jessica a question about this loan project, share news and photos of your own, or send a simple note of thanks or inspiration.