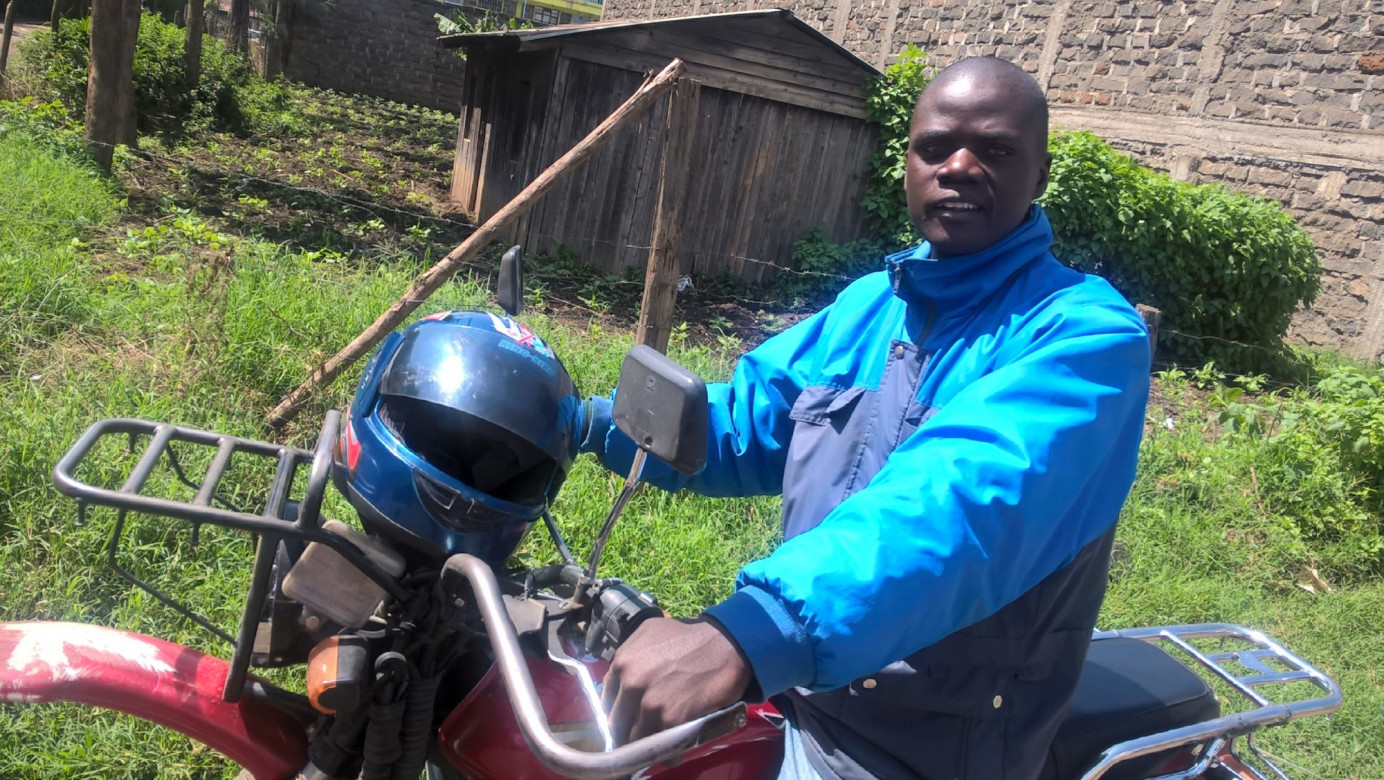 I am pascal Omondi, I was born in Kisumu, but I grew up in Nakuru where I live Now, unfortunately I have no parents, all my parents died when i was still a young child but thanks be to God I am now a big person who can take care of myself. I schooled to class 8 of which I was not able to reach to form four like others, this is due I could not get go far or further my education. I am married and blessed with 2 wonderful children, we all live here in Nakuru at a place call Rhonda.

My business is about transport, I work for myself as in No one has employed me, i have employed myself, I am a motorbike ride in Nakuru and this is the business I am doing and is the business I have been doing for many years now in Nakuru.
I have been feeding my children,paying my rent and other basis needs meeting them through this businesness, and my focus now is to get some motorbikes and lend to others who can take good care of them so that by the end of the month i can be able to have enough money to meet other needs within my family.

Dear Lenders, I would like to say thank you for the support of my previous 2 loans as this is my third Loan request. my previous Loan I used part of the money to deposit for the new motorbike I booked and paid partly, and the rest of money I used it on repairing the motorbike I have now, this Loan I am going to use $250 to finish in paying my for my new motorbike and the rest will go towards paying of insurance of the motorbike of which is a must for all motorbikes to have insurance cover.
from the time I joined Zidisha My business has grown at a margin of 42% because my motorbike is in good condition, I have motorbike a Umbrella of which many clients love to see that especially when the sun is hot and when rain is there like now,thanks again to all Lenders and Zidisha at large. thanks again and again

Ask Pascal a question about this loan project, share news and photos of your own, or send a simple note of thanks or inspiration.