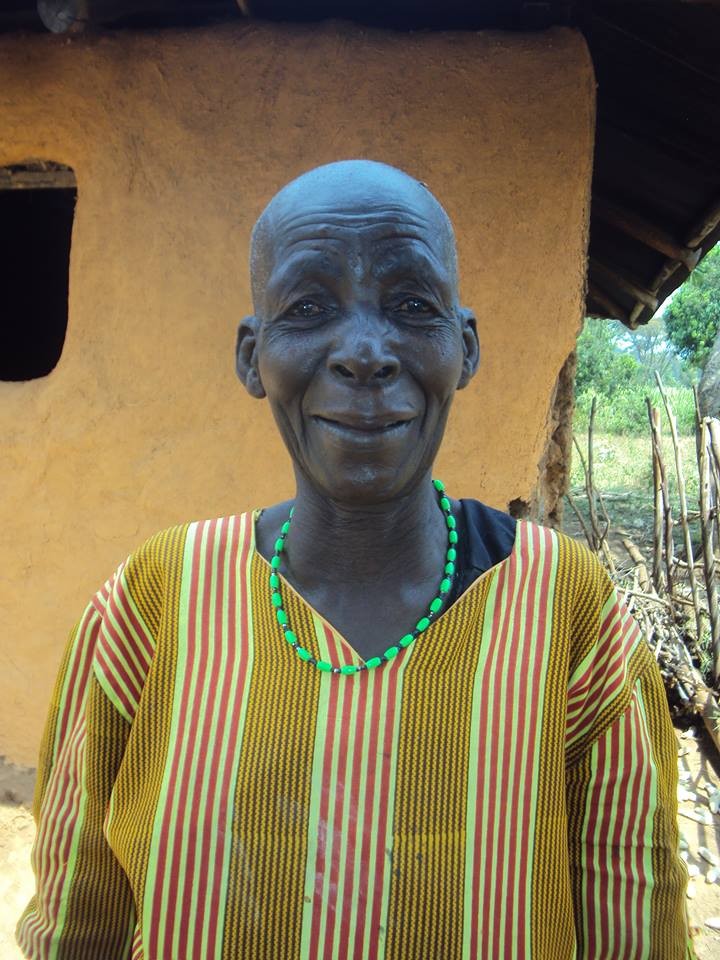 I am a 80 year old widow who works hard to feed myself and do my best to help others in my community.I am very healthy and dont eat any packed foods,i know english, having learned from British nuns who i met as a girl before Kenyas independence;i used to help them in their house chores at Lugulu mission in Webuye and they helped me understand and learn English and some Portuguese (i dont have a good grasp of Portuguese though because there is hardly anyone to speak with unless i meet special guests brought to functions in our county government). People say i am noisy but most who complain dont like how i give my opinion everywhere.I saw and learned English education from the nuns and these expressions made me popular in my young years whenever i gave talks.I like talking a lot to the youth about our culture and i am always looking forward to sitting in story telling functions for children.I recite poetry and heroes stories of our people and those of other cultures such as the Luos and the Kipsigis, i'm always invited to attend traditional functions and tell traditional stories and poems from our community.
I was widowed over 40 years ago and i live alone.I have two houses,one in town and a small store house in the outskirts of the town where i collect grains from people.I love reading the bible. I dont use sodas or sweet drinks but i like traditional food..My grandfather had a lot of land and sold a lot of grains especially maize and we learned by going out into the farm with him.He was one of the main suppliers of maize in our town and when he passed away my father followed suit.After papa died i and my siblings started a grain store that buys from villagers maize and keep it while reselling in town.Now after most of them died i remain with 6 sisters and 2 brothers,we buy and sell maize and cassava.I lost 20 acres of my inheritance to bukusu elders who took it from me saying culture does not allow women to own large land,but i have remained with an acre of land which i expanded to 6 acres of land by buying and selling cassava,maize and some sugar cane which i plough. Sales from my crops and from what i buy from villagers to sell in town enables me to sustain myself.I have one grand daughter who lives with me and she helps me in the work.She is my everything and is the one who found out about Zidisha and introduced me to it on her computer.

i buy maize and cassava at cheap price of around 20$ each bag and then i have a donkey cart transport from the small store in the village to town at 10$ each trip where i sell the bag for 40$. I first buy a lot of the maize from farmers during the harvesting season when they look for market for their grain then in my small store i keep the maize and stock it while getting it transported once a week to town. I make average of 100$ per month from sales and now since i bought the donkey from a neighbor i have cut the costs and make a bigger profit which enabled me to buy 3 bags of cement in readiness to plaster my houses walls.Business depends on seasons,rainy or dry.When its dry people buy my bags of maize for as high as 50$,but criminals sometimes enter my store and steal the maize and other grains to sell at cheap prices.My profits from these activities helps me to sustain myself.In my days there was no social security for old people so we take care of ourselves.I want to end up building myself a warmer house from the one i have made of soil and i thank you in advance.

I will be able to buy more maize from farmers in the northern part of Kitale who are already having harvests and who are selling at low prices,i can buy 1000Kg of maize worth 300$ having added my savings and stock them in town while reselling at 2$ per can to people for domestic use.I will sell the same to those who are in need of seeds for planting,this costs less at 1.75$ and is in high demand as people do not like the unreliable hybrid seeds distributed for sale by the government.At the end of the season i expect to have made an average of 1,500$ from all the grain and cassava sales in about 8 months.
Hopefully i can then add cement to finish my house with the proceeds and also lease more land to plant a larger crop of cassava.My dear grand daughters fees should be easy to raise as we plan on having a fund raising for her at the end of November.

Ask Priscilla a question about this loan project, share news and photos of your own, or send a simple note of thanks or inspiration.