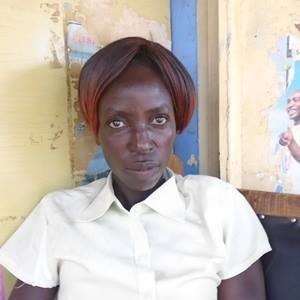 i come from a humble ground where all my parents are farmers. i am a first born in a family of seven. i worked hard through my primary and secondary education but due to luck of funds i could not see the door of a college.later i got married and have five children three girls and two boys.they are all in school.my spouse passed away in 2007 leaving me with the responsibility of raising them. i work had on my farm raising crops and looking after cows to make sure the family is sustained.

i have since sen agriculture as away of earning a living. in kenya there are two seasons.the first runs between march and august while the second runs between august and december. i always plant crops like maize, soya beans,beans which i sell when the prices are good. i am lucky since my spouse left for me about 2 acre of land.at the moment i have two cows which i expect to start milking in the next one year.

Dear lenders. I am requesting for a loan worth 90 dollars. This money will be used to buy one fifty kilograms bag of double ammonium phosphate fertilizer which goes for 40 dollars in our local shops.another 26 dollars for calcium ammonium nitrate for top dressing. Another 20 dollars will be used for hiring oxen to till the land and finally the remaining 10 dollars will buy me two packets of hybrid maize.thank you for visiting my profile.

Ask Jane a question about this loan project, share news and photos of your own, or send a simple note of thanks or inspiration.