Loan to buy spare parts for my concrete mixing machine 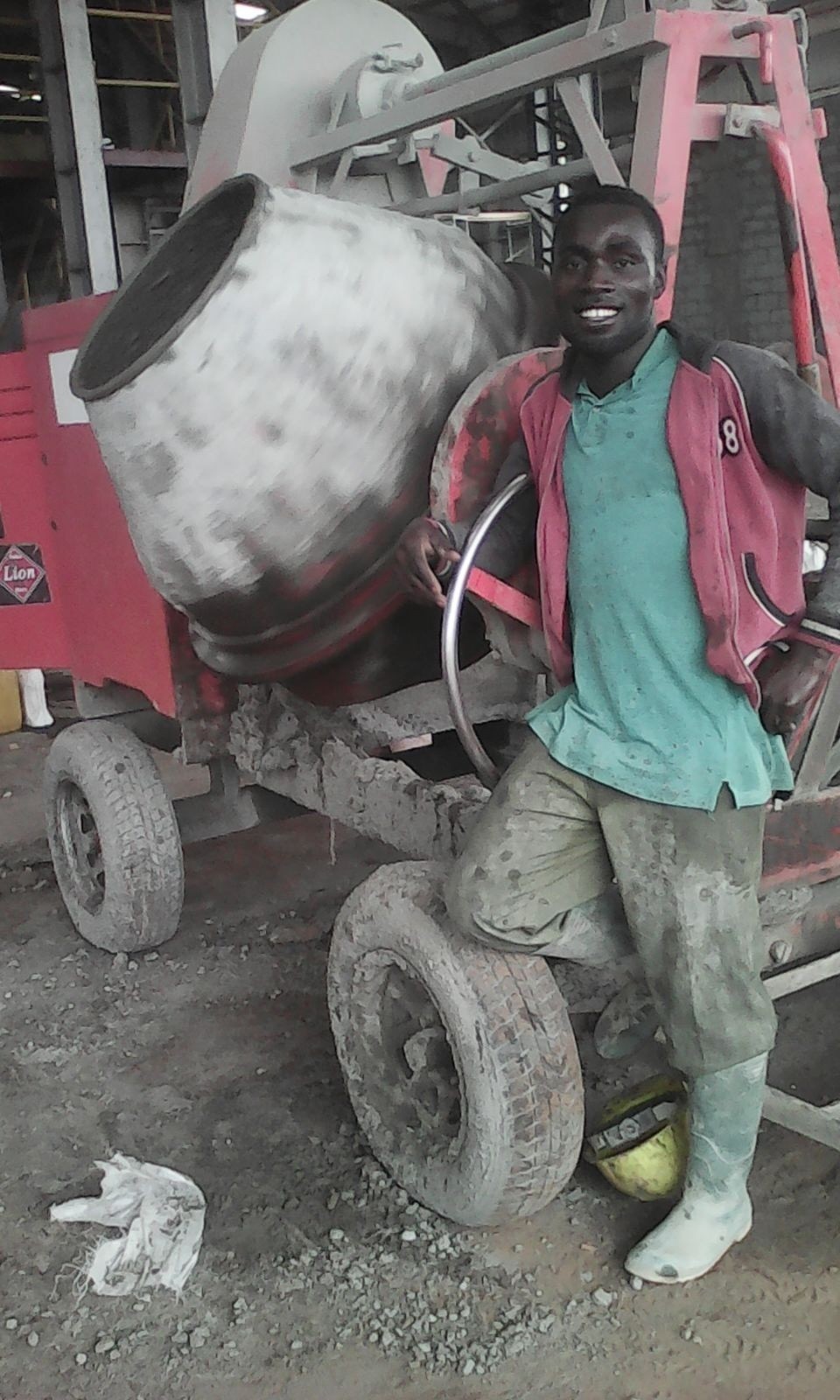 Am Gibson Awuku larbi who was born in AsafoAakyem in the Eastern part of Ghana some twenty eight [28] years ago.

They later sent me to Koforidua when i was a year and half old.

due to the transfer of my grandfather who was then acting as my father,since the sudden disappearance of my father when i was born .

i started schooling at Methodist kindergarten through to Methodist primary school and later completed Methodist junior high school in 2004 where i obtained BECE certificate.


After school i move to tema to search for my father because i heard he is residing in tema,but all my effort to go look for my father went to no avail.

so decide to look for job and get a place to sleep, so i first slept in a methodist church building by then it was not complete.

i do get up early around 5 am in the morning in search of job till one day that i meet my Savior who help me to get a job in a construction firm where i work as a helper,since then the one who helped me to get the job took me to his house and gave me shelter.

After some months i was introduce into a concrete mixing machine learning where i learn how to operate this machine.i later became an operator in the same firm.

i also discuss the same business issue with his father where he agree to buy one machine for me to use on a hiring basis i later came to realized that the business was very good and profit oriented.

My dream is to establish a construction machines and tools hiring firm.

The project would require heavier investment so that it for a long-term.a man i once worked with sold one of his older machine to me which needs repair before it will be able to work.

currently i need to buy spare parts for the machine,such chains,plugs, pumps,filters, tires and tubes and would do some welding works on the mixing drum as well before it will be ready for business.

The demand of these said business is very high in the country because the usage of machines make construction works more faster and easier,the business generate more revenue as compares to cost due to the fact that it make 250 dollars every week as compare to a cost of 15 dollars. for these matter the business makes more profit as compare to cost.

I intend using the profit that i generate from these business to reinvest into my family future in- terms of their Education and also to create jobs Avenue to young and up coming guys in my community.

when given the loan i would use it for this preparatory works.

The source of income that will be use to repay the loan will come from my operating job that i do.

I will use my current loan to buy the rest of the parts for my concrete mixing machine.

I hope with this loan, I will be able to complete the rest of the remaining works and start working with it. I hope and expert my revenue to go high by 40percent depending how business will come. Thank you

Ask Gibson Awuku a question about this loan project, share news and photos of your own, or send a simple note of thanks or inspiration.