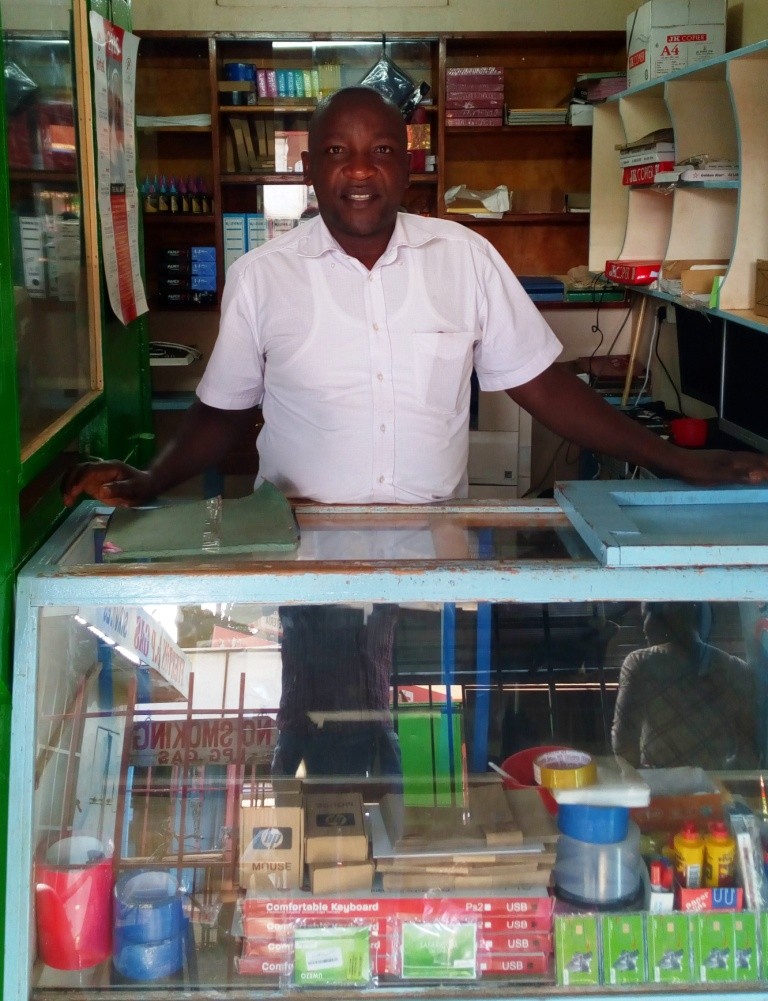 My name is Isaac Wangila. I am a Kenyan man aged 35 years old married with a family. Currently, I live in Kitale Town, Trans-Nzoia County in the Northern part of the Rift Valley Region. I was brought up by a single parent since my mother died when I was a year; my father remarried; since I never got along with my stepmother, I went and stayed with an uncle who catered for my education up to Form four. Later on I moved to Nairobi in search of a job; fortunately I landed a job opportunity where I worked on casual basis; with the proceeds from this job, I managed to pay my tuition fee for an IT Course. After my course, I relocated to Kitale where I was employed in one of the local school as a tutor. Two years later, I started a local cyber cafe with just two computers. With my good public relation, I grew my market base with majority of my customers being teachers. I have had a lot of experience in this life. I always express my warm gratitude to all those who have helped me in my journey through life till this day. My aim in life is to become a social entrepreneur and grow my cyber café into a big ICT consultancy where I can open many branches in the whole of North Rift Region and nationwide. As a young man, my greatest philosophy has always been to be self employed; all along I had envisioned to link up with financial institutions that would help me grow. But when I was introduced to Zidisha, I have seen a breakthrough. Currently, my business is doing well courtesy of Zidisha. I have employed two staffs who assist me in the daily running of the business.

I run a cyber café within Kitale Town of Trans Nzoia County. It is a licensed business. I offer typesetting and printing services, Photocopying services, internet and emailing services and maintenance of computers.
After my college, I had the desire to venture into the IT market which was yet to be flooded in the Northern part of the Rift Valley thus I decided to settle in Kitale of Trans-Nzoia County.
During the day-to-day running of my business, I do incur some costs which range from Printing/ Photocopying Paper, Wages for my two assistants, rent, electricity bills, security, licence/ permit and wages.
The average daily turnover has risen from $40 to around $60 . Out this turnover, I do some savings which guarantees me repayment of the loan on time as per the repayment schedule; apart from that a fraction of it is ploughed back into the business and also support my family.

Here in Kenya, we are approaching campaign and election period. In this respect. I would like to first and foremost re-brand and face-lift my business by making it appealing in the eyes of my customers and easily identified. In addition, I would like to purchase a Big Epson Printer that is capable of Printing large poster and other campaign materials.
I had earlier on purchased an Epson Printer but can only accommodate A4 Printing Papers. There has been a growing demand for larger poster (i.e. A3 and A2) which can only be done in Eldoret, Nakuru and Nairobi. Therefore with this machine, I will be able to offer variety of choice to my customers ranging from A4, A3 and A2 prints. With this machine in place, I will have myself set to offer services to my clients with ease and without straining.