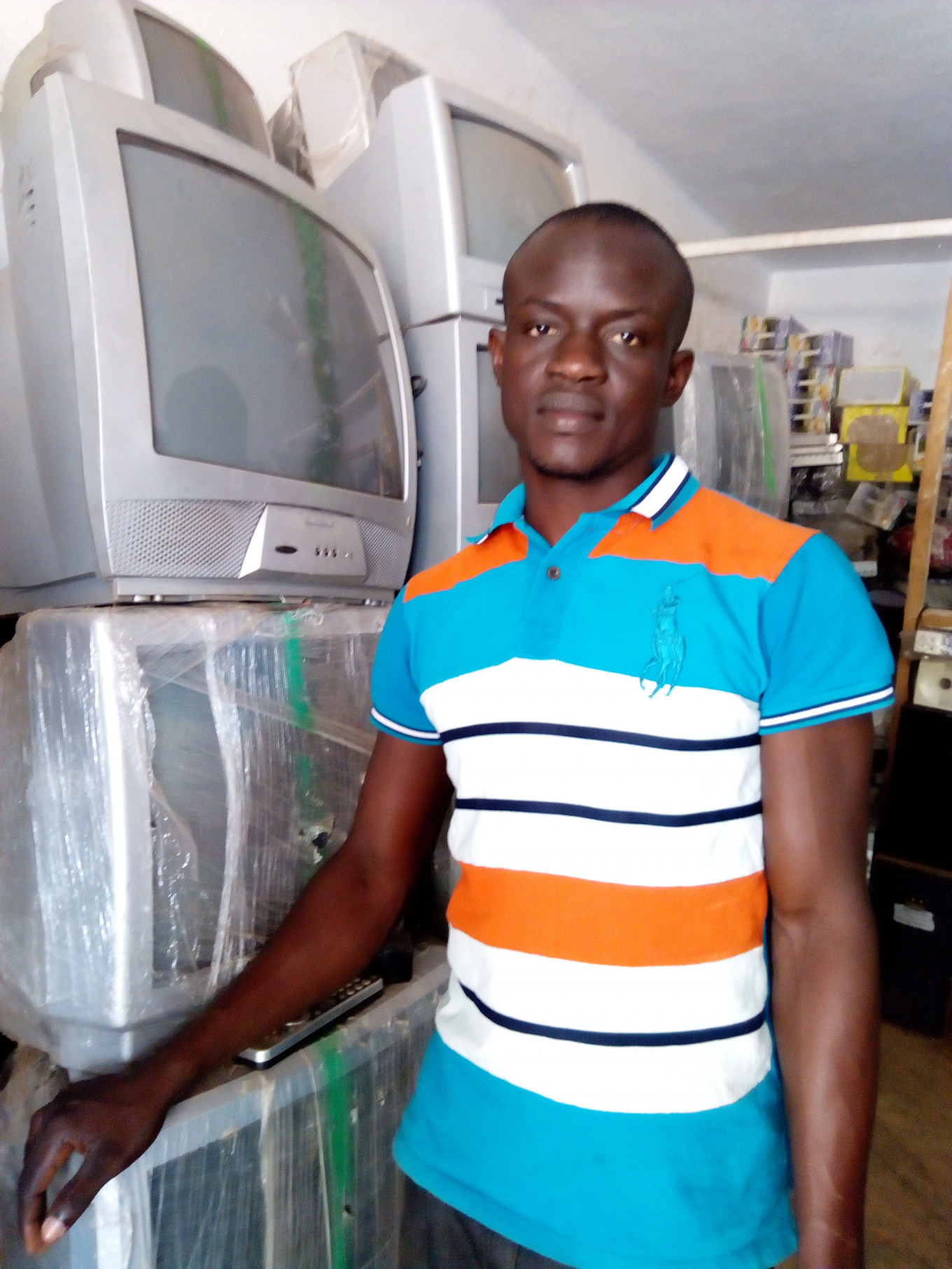 I am Yeboah frank from Berekum. I am a typical bono man.y mum and dad also comes from the same town.
Graduate of second cycle who obtain the ssce certificate in the year 2005 at a secondary school at biadan.
I developed an interest in selling items but I wasn't having an income and a friend gave me 100 cedis as a loan to start.
By Gods grace I have been able to pay off the loan and now with my own business.

Franklin business centre deals in selling second hand goods. I have been into this for about four years now.
I am currently earning some income and I am having two casual workers of which I pay them monthly .

When the loan is offered to me I will use 180 dollars to purchase 12 metal beds which will boost income rise because people prefer using of the beds, I will also 80 dollars to purchase 23 electric iron to be sold to customers.
I will get an increase rise of about 20% per week.
Some of the income shall be used to increase stock and some shall be used to repay the loan.

Ask Yeboah a question about this loan project, share news and photos of your own, or send a simple note of thanks or inspiration.