Locally made sandals and shoes for my shop 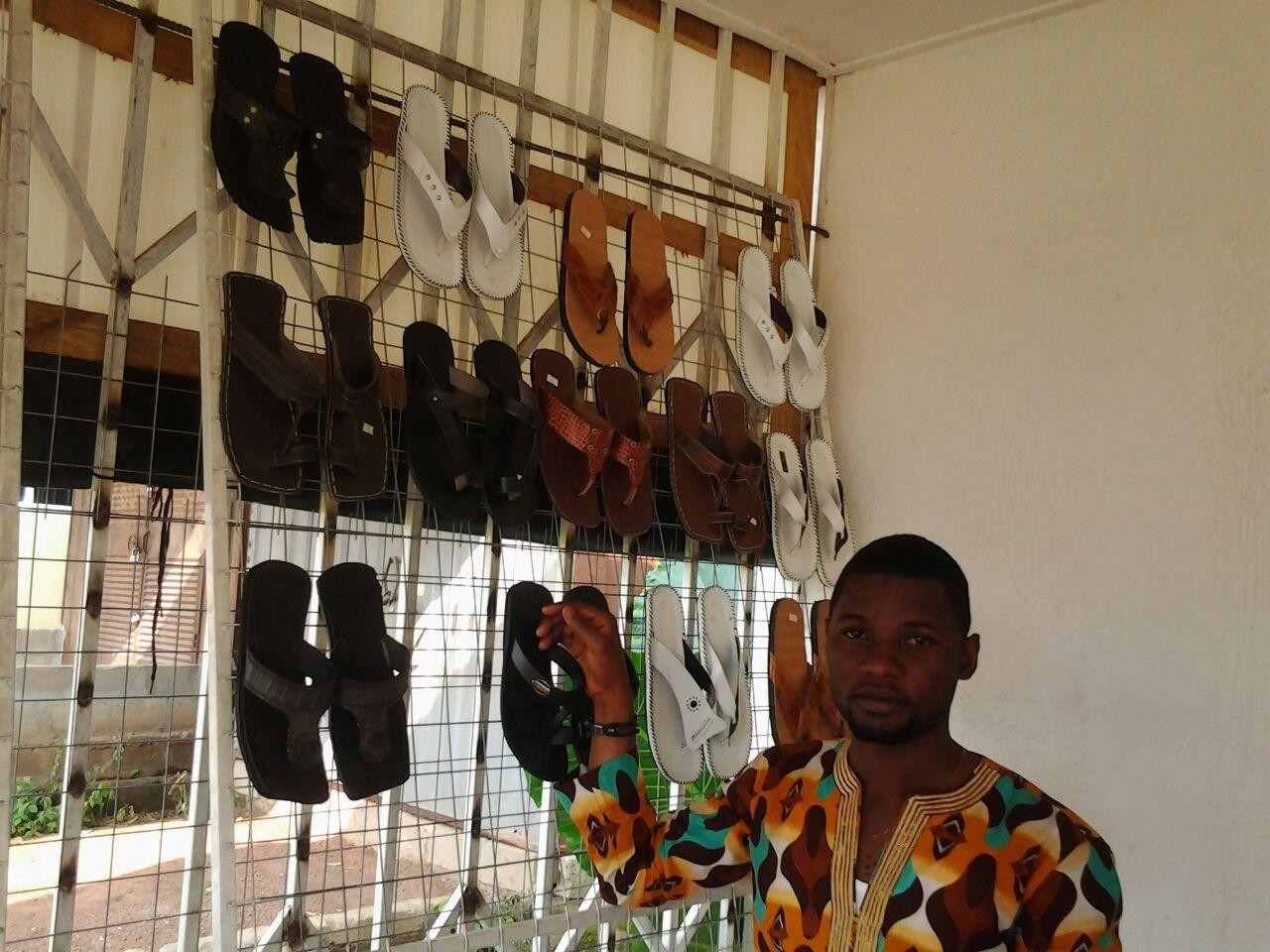 My name is Bismark Baiden and i live in Sunyani in the Brong Ahafo region of Ghana. I am the second born of five children of Mr. Joseph Baiden and Mrs. Faustina Agyare Baiden. I started my elementary school in Tema at Republic Road school and continued with Ashaiman senior secondary school after completion. i went on with my education to pursue Diploma in Natural Resources Management in Kwame Nkrumah University of Science and Technology located in Kumasi. After graduating from the university, I started a sole proprietorship business which i managed sustainably due to job unavailability. I then continued with my studies again as a regular student to pursue a degree program in the same university and now had Bsc Forest Resources Technology. My hobbies are reading and playing football.

I started this business when i was in school. This business was solely about selling locally made sandals,slippers and shoes to the market. I went into this business due to the high demand of African man made products by people when i was in school. The business was very very lucrative for me but was on a very low scale. After completing school, i thought it wise to continue with the business in my town and honestly speaking the patronage has been awesome. I now own a shop where i show case my products to the market. i have an attendant who sees to it that all consumers are served well when they come to purchase either sandal, slipper or shoe. Please since the business is expanding gradually, i really want to go in for more pairs of the sandals, slippers and shoes so that i will be able to distribute to other retailers and also sell to the market at a large scale. I also want to own shops in other areas where i can sell these product to a large group of people in several markets. I need about $4000 to enable me attain the level which i want to take this business and am pleading with the Zadisha lenders to help me with loan to get all the necessary materials that will make my work encouraging and also serve my customers better.

LOAN REPAYMENT
patronage of the products is going on well and as such am able to make profit out of it. So i would be able to pay the loan from this profit i make from the business. Moreover I also work personally aside my business and receive salary at the end of every month. I will also be paying the loan from the salary to enable the company help others who are also in need to expand their businesses too. I promise to pay the loan in time if approved by the company. Thank you.

The acquisition of this loan will enable me go in for more pairs of sandals,slippers and shoes that will be distributed to other retailers and also sell to the market at a large scale. I will be able to expand my business gradually and own shops in other areas where i can sell these products to a large group of people in several markets. Also it will help me to work efficiently, profitably and finally serve my customers better.