More clothes for my business to satisfy the huge demand 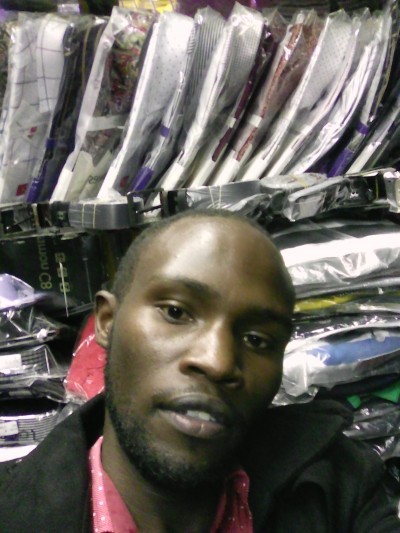 I was brought up in a Christian family in Nakuru,went through primary ,secondary and university level.I hold a Bachelor's Degree in Economics.
I went through various hurdles in life and later ventured into a small business using little capital.
I love my culture as it's the only culture that accepts any individual. Love playing football.

I have a business that deals with clothes for all genders and shoes for women. I get the clothes monthly from USA and some from Uganda and Tanzania then sell in Kenya. The items are in huge demand and I have lately been trying to increase my stock and luckily it's working out well and want to do more and more. I chose the business because of the less competition , profitability and also because of a potential market(Students from the nearby University and also the local communities).
Costs incurred is roughly Ksh.205500 and a gross profit of Ksh.420000 is realized.These profits have greatly improved thanks to Zidisha for boosting my stock and thus resulting to increased earnings. I use the profits to reinvest into the business by increasing stock and also paying my siblings school fees.

I currently have a business dealing with clothes for all genders and shoes for women. My business is doing extremely well and my products are selling at an awesome rate. I am seeking more funds to add clothes(for all genders) to my business which are in huge demand. At the moment , i am not able to satisfy the huge demand for the clothes. This being a valentine month, many orders have been placed and this has increased the need to stock more clothes hence the urgent to restock my shop.

Ask Kibet Machuki a question about this loan project, share news and photos of your own, or send a simple note of thanks or inspiration.