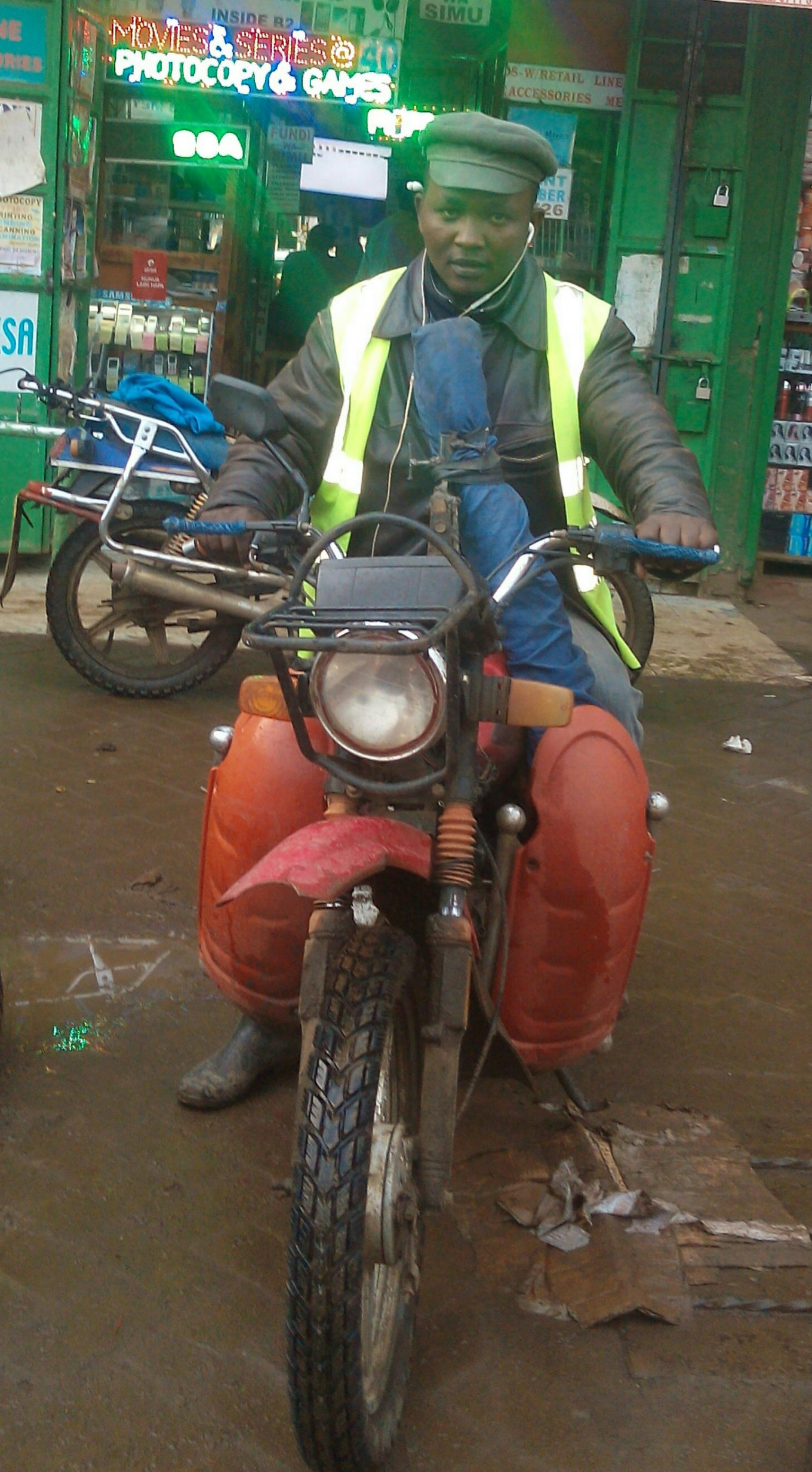 I was brought up in a village where the only machine a 20 yrs old man could get and be respected was a bicycle. Every young man worked hard to buy one, Not until I decided to outdo them and buy a motorcycle. Transportation is a precise business. Sometimes I wonder how hard life was back then when we used to gi far places on foot. But then bodaboda came and turned the table.People have become lazy. I take that to my advantage. Nobody walks.. ..everyone rides. .no matter how short the distance. Thats why i love my work. Always paying.
I lovelove playing soccer at my free time. Swimming is also my thing too.

Transportation, more so on bodaboda is paying but again dangerous when operated at Wee hours. ...one can easily fall prey to thieves who know money is always in our pockets...
Am planning to owning several motorbikes thus creating employment. With my income, I will definitely reinvest and indulge myself in taxi business since transportation is my thing.
Unlike the past days when children inherited land.. .i am going to educate my son to the highest level he can get. There is no other precious inheritance he can get from me.

I have already ventured into buying spare parts in whole sale. Motorcycle transportation has increased and so do they get mechanical problems. This is a good business if only one can afford to buy spare parts in bulks thus making the initial price going down. Given this loan, I will increase the stock and for sure my profit will sky rocket.