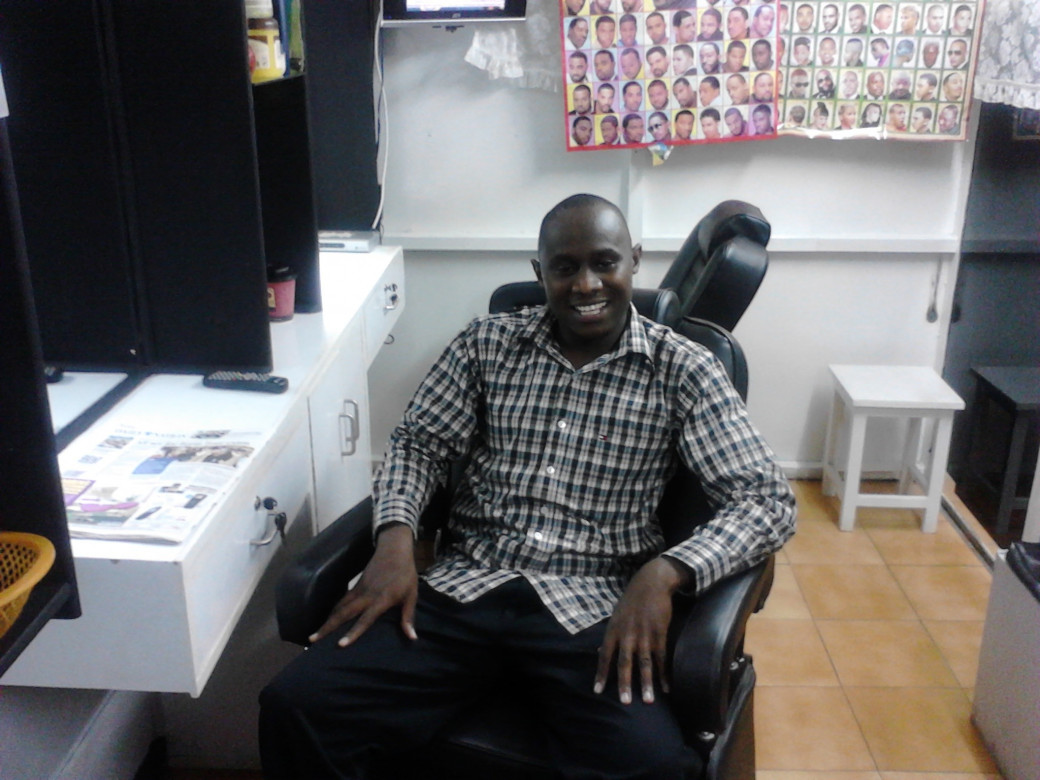 New machinery for my barbershop and saloon

my names are Samson Maisy Mutisya.i leave in Nakuru town at Langalanga along Kanu street.am a born again christian married to one wife Carolyne Mutisya.am an employee of prestige shuttle tours and travel currently working in Nairobi and also am a businessman in Nakuru.i attended school in nakuru day secondary then i joined Kenya Institute of Management and attained a higher diploma in Business management and procurement .i started a small business because i have a passion in management and i wanted to manage my own business .currently am using my earning from the business to expand it by stocking.

I sale beauty products like creams ,lotions ,Hairs and also offer services like barbers,women hair pleating.Beauty products are always in demand. they don't loose value but the demand keeps on increasing.I chose this kind of business after doing a research on the demand and supply of the goods and services.The cost of setting the business is determined by two factors.fixed cost and operation cost.
The business requires a fixed cost of USSD 5000 and operation cost ofUSSD 10000.
Any time you start a business you intend it to grow therefore any profit generated is used for capital incremental

Am planning to buy more shaving machines for my barbershop which will cost at around 160 USD,Treatment and detergents for my saloon which will cost around 200 USD,Am also planning to invest in modern equipment's for example i have realized that there are thing like internet provision in the business which tracts more customers and also increases competitive edge.this will cost around310 USD, this will enable me to gain more customers and increase my revenue collection.Am projecting an increase of aroud 300USD per month.

Samson opted to pay $88.60 into the Zidisha Members Loan Fund in return for a higher starting credit limit.

Ask Samson a question about this loan project, share news and photos of your own, or send a simple note of thanks or inspiration.