New motobike and mobile accessories for my workshop 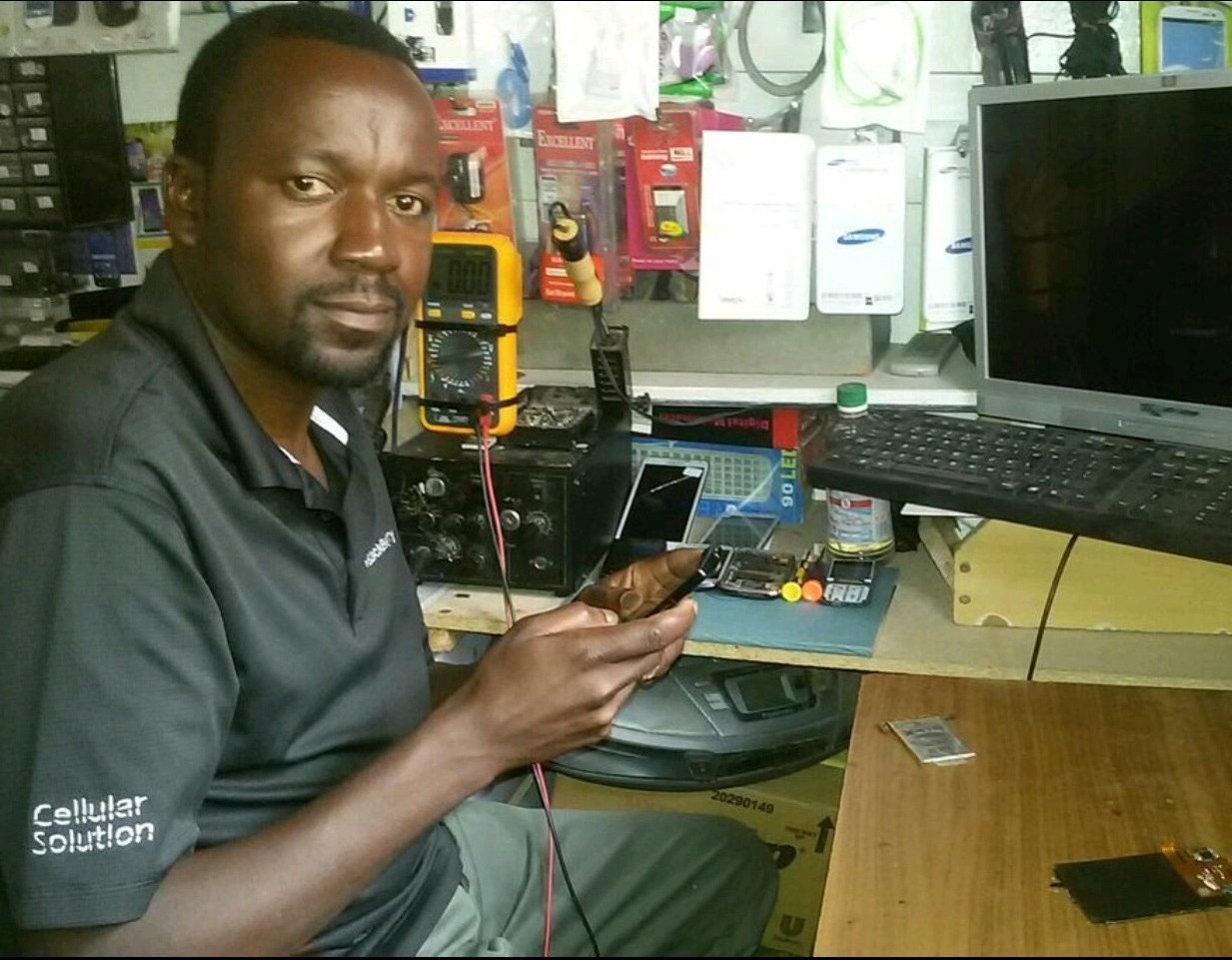 Am 35 yrs kenyan born citizen from siaya county having taken my childhood primary from that locality from 1986 to 1993.Went for my secondary education from 1994 to 1997 in Nandi county.In 1999 i joined a college in Kisumu county for a diploma in electrical engineering power option.later went to look for a job that never came to be.i started a small scale business under the electronics repair in 2004,but due to global change in digital generation i had to change my carrier from radio/tv repairs to do studies on mobile telephony field of repair this led me to start a mobile phone accessories sale that led me to do hardware repairs.but because of high technology growth i intent to start doing software on same field.but financial constrains has led to decline or be slow change in this field of repairs.
In my land or rather culture i am in,that's in nairobi county bussiness is the order of the day.thus it has made more people to come from all corners of the world to venture.
My son would like to like father.A businessman in imports of electronics spares.still young but determined.
My hobby is watching football but playing candy crash my phone is my pastime activity.
If i get this loan it will help me boost my business in buying software machines.

My business is called moriphatech electronics which deals with both repairs and sales of mobile phone accessories.
Soon im intending to start a software inconjunction with the later to boost this field of communication.In this business(hardware)i deal with replacements of phone screens,touch,microphone ,earpiece,ringers,faces.sale of chargers,batteries,handfrees,memory cards,flipcovers,screen guards,usb cables among others.
These goods are in high demand because almost 60 % of the population own mobile phones thus need of repairs or replacements of faulty parts.
l chose this business because its fast moving and technology changes almost daily.
The typical cost of this business is very high but i started with as little as 50,000khs because to start this business alot of machinery,spares and suppliers is required.
Most of my profit i use facilitate the expansion of this business and saving for the future of their education

Hi lenders.i would to let you know that i want to buy a motobike that will help me i doing delivery to my technicians around the estate who buy from me yet traffic and time wastage normally delay them to serve their customers.this will cost $800.
The remaining $46.will be used to add mobile phone accessories like batteries.memory cards.flash disks.phone chargers and glass protectors.
With all these ddevelopmentsi expect to be effective and on time in meeting my clients thus increase in profit margine.Job opportunity will also be created to a motocyclist who will be doing delivery hence a return to the community

Ask Maurice a question about this loan project, share news and photos of your own, or send a simple note of thanks or inspiration.