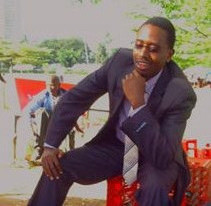 I grew up in Kenya up country a small village called Winzyeei. I schoolled in village primary school then proceeded to nearby high school. I later on transferred to another high school where I completed in 2009. I later joined United States International University for my bachelors degree in International Business Administration.
When I was growing up, I had a challenge of procrastination which at some point in primary school I lost track and almost dropped out of school. This affected me both academically and on personal planning. I took more than a month trying to analyze the best way to overcome this until I started a personal diary. In my dairy I captured all day activities in advance and I started working on time management and avoiding distraction.

The idea of Onion farming was as a result of visiting a nearby groceries and the purchase cost was way too high with a kilo just about 1 USD. This on average implied that there was high demand than supply. I saw this as an opportunity to start something on the side and which also earn me extra income. I started with an acre as a trial phrase. I had a few challenges on management which i solved by hiring a permanent worker. The final produce was below average to the following factors. There was poor management in terms of labour allocation, post harvesting management, knowledge of the market, and labour related issues.
Where I come from land is held up by family or individually. This means land is not community based.
I want to establish an empire for my children and a generation to come after them. I believe onion Farming and farming in general will grow to great depth and also branch out to other revenue generating opportunities.

I love swimming. This is something I enjoy doing, it relieves stress and fatigue. Swimming also help strengthen my body through exercise and also makes me more active.

To provide onions which are used by almost all homes in the world. It's a product which has a demand globally. Onion farming are less labour demanding, require few man hour and, where I come from the temperature I favourable for this activity.
Previously my total cost was kes 30,000 and I got a revenue of kes 55,000. If done and managed well the revenue could tripple.
The last profits I used to pay for my school fee since am pursing ACCA certification. I have reinvested some amount on the project as am expanding the farm.
I also support primary school pupil with books and with cash rewards to motivate them on achieving higher grades.

I want to use the money to source for the market for the produce which is now ready. Once sold it will create income to me and also cater for labor for others who were in the farm. This means i have created a job for others