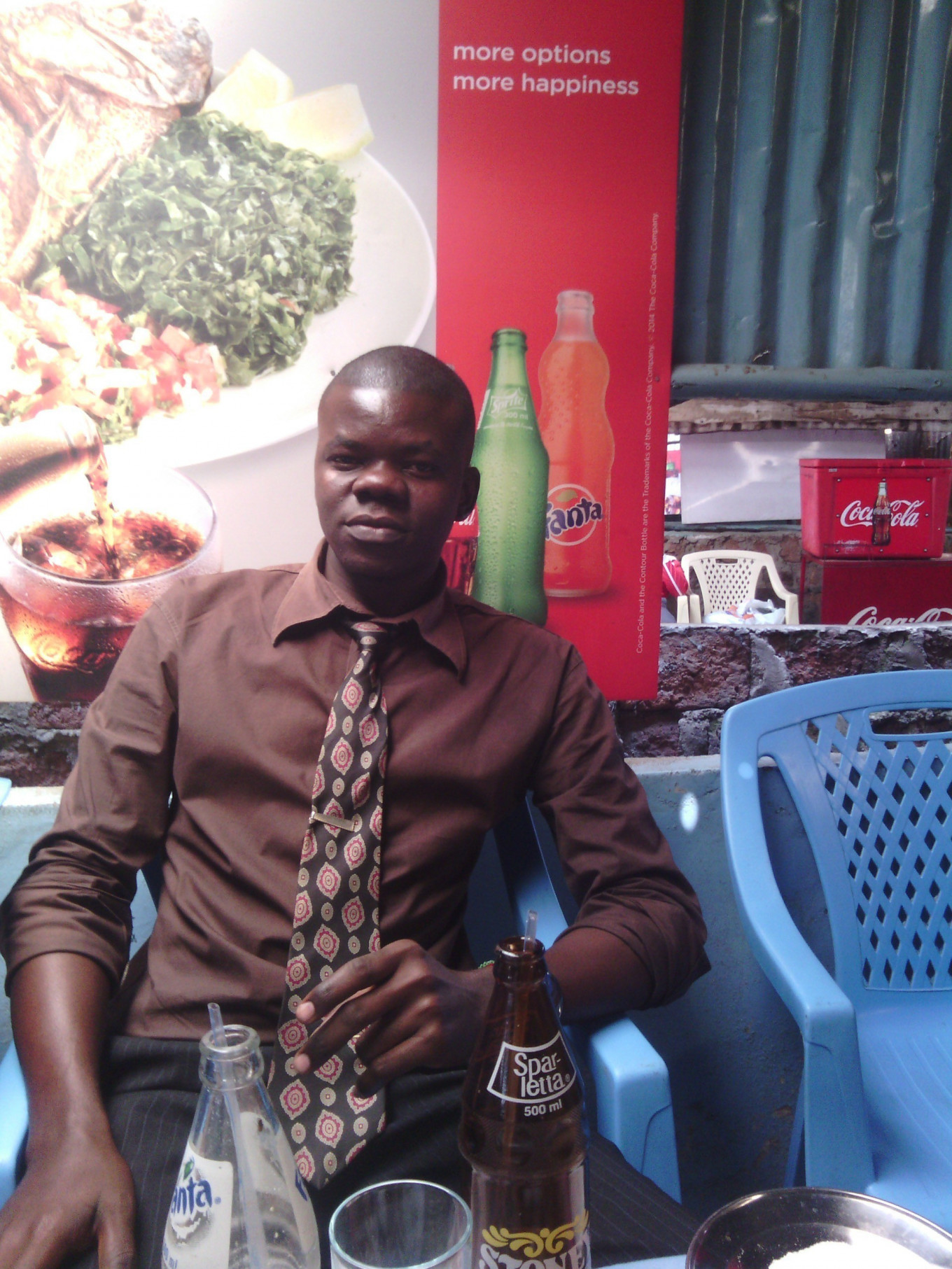 Hello,
My names are Deryl Wasonga, I was born in Kisumu County in the Republic of Kenya. I attended both my primary and secondary education upcountry but due to Lack of finances i was unable to continue with my education. I have other siblings that also depend on me and my parents to provide them with daily up keep including payment of there School fees so that they complete there secondary Education.
I have been working in in small Cafe where i gained the skills to prepare and sell snacks. Even though the money i was paid wasn't enough to pay all my bills, i still managed to save some money and now i have a small Kiosk where am preparing and selling Snacks.

My business deals with food retail, I cook chapatis, mandazi and other snacks which I supply to local retailers, sell to offices and sell from my small Kiosk. I recently renovated my Kiosk and bought 7 new plastic chairs with proceeds from Zidisha Lenders to accommodate more customers.
The profit margin always depends on the amount of snacks am able to sell in a particular month. But averagely in a month am able to make a profit of between KES 8,000 to 13,000.
I use part of my profit to pay rent for my Kiosk, reinvest part of it and also save the little I can.
My dream is to own a cafe and also be able to attend a Hotel institute for learning to expand my knowledge then later own my own Restarunt.

Ask Deryl a question about this loan project, share news and photos of your own, or send a simple note of thanks or inspiration.