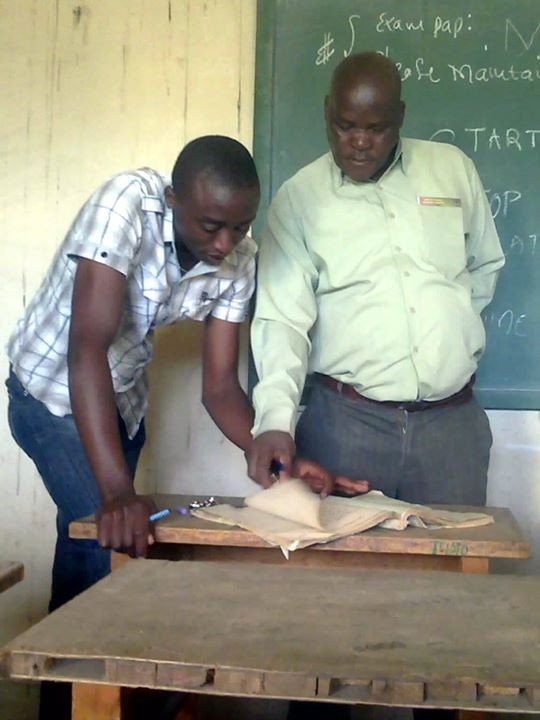 My name is Langat Dismas and a teacher a local youth polytechnic my main post or what I do at the polytechnic is that I teach welding and fabrication that is my profession my early education that was when I was in nursery school to class eight I had enough support from my both parents who wanted me to follow suit and be like them In the future , but life is sometimes unpredictable as my dad thought I would be a medical officer just like him because he had seen how my performance were so good when i joined secondary school i was slow I learning so I could not drag my self enough marks to follow my dads foot steps I had seek some advises from course advisors and I decided to choose a technical course which does not require high grades and also to me I had some practices when I was still in secondary school and I had perfection in it during my time at school after I had completed a diploma I searched for a job and I was employed at a neighbor polytechnic.

I personally have thirty students at my class taking short course in welding and fabrication the funny thing about my class is that there is this myth that this course was belongs to men but in my class it is opposite because in my class I have more girls this year than boys out of thirty I have 10 boys and 20 girls.The polytechnic attracts many students since it is a youth help hence their expenses are much fair and low, in my course I teach courses such as welding works , blow dry and general fitting both theory and practicals.

Langat opted to pay $112.11 into the Zidisha Members Loan Fund in return for a higher starting credit limit.

Ask Langat a question about this loan project, share news and photos of your own, or send a simple note of thanks or inspiration.