Renovations to my vehicle-washing center 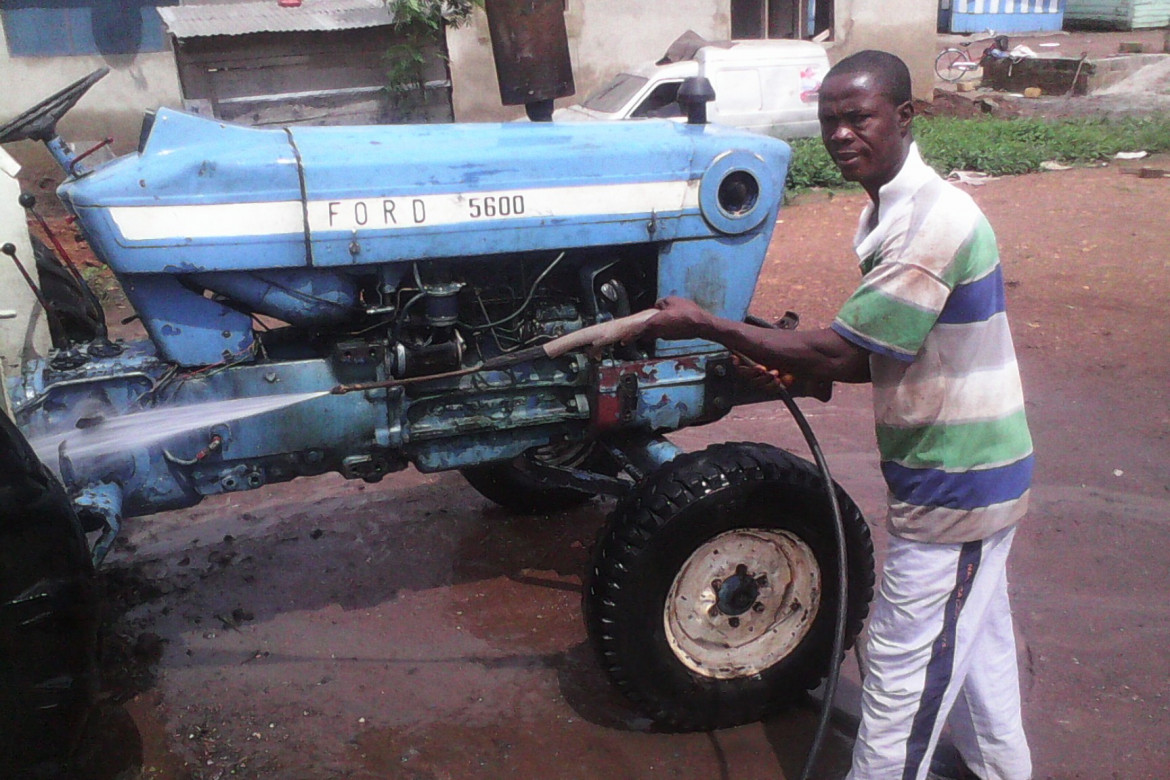 Samuel Effah is my name. I am a Ghanaian by nationality. I am 45 years of age, married with four children, two boys and two girls. I completed Boamponsem secondary school. right from there, I pursued into university of Ghana Legon and came out to establish my own business , the washing bay named SAMFAK washing bay. I currently stay in Berekum Jamdede, managing my own business.

Washing bay is one of the lucrative ventures as far as the transportation business keep ongoing .I started my washing bay business on 3rd March, 2010 with only one pressure washing machine and two laborers. At that time, I used to buy water from Ghana Water Company before I could wash cars. About few months later, I got money from the business and tapped water from the above mentioned company and stopped buying water from them again . About a year later, I had money and hired a drilling machine to drill a mechanized bore hole, which I have been using up to date. I now have twenty laborers with only two pressure washing machine, one poly tank and 8feet by 80feet uncompleted structure meant for washing room for customers (drivers), snack bar and mini super market which I hope will fetch money when completed. The ground of the washing bay is measured 100feet by 160 feet , which is not cemented and it causes a lot of inconveniences , more especially on the rainy seasons .the business has become the source of daily bread for many people and therefore need to meet an international standard .Thank you.

Dear Zidisha, washing bay being lucrative venture need to be equipped all the time to meet the demand of the customers, drivers. We always need strong pressure washing machines, good environment with toilet facilities, bath houses and neat floor .Entertainment places for customers whiles waiting for their car on washed. All these need strong financial support before they are done I am therefore appealing to you to come into my aid so that I can put up all these. I also need money to complete the 8feet by80feet structure to meet the demand of the customers, also the ground of 100feet by160feet to be cemented to put stop to the inconveniences caused during the rainy seasons. Since I want to meet the international standard, I need to get more strong pressure washing machines, quality submersible pump.