School fees for my children 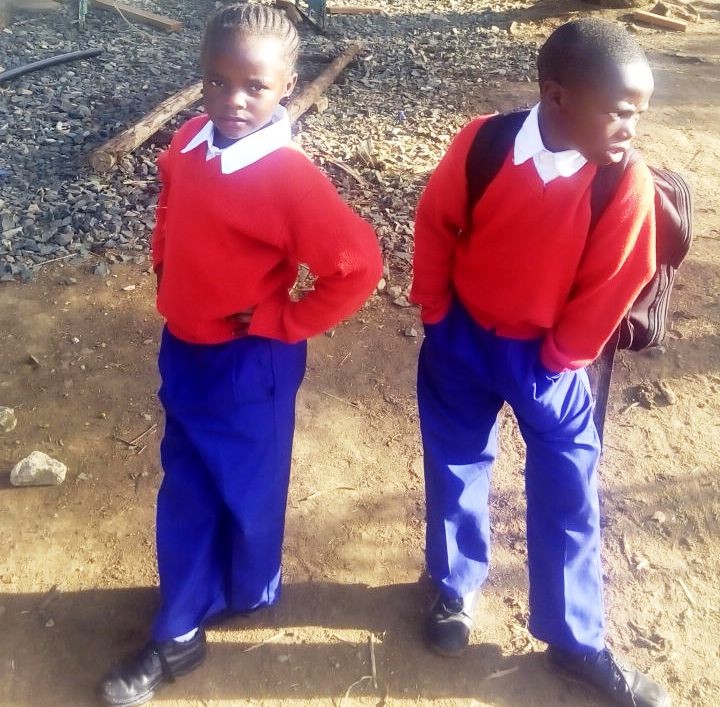 My name is Bernard Lilande.. A second last born in a family of six (2 boys and 4 girls). Born in a native village called Msasa in Kakamega county. I have studied pharmaceuticals at Mt Kenya University and graduated on 30th March 2012. I had my first employment as a casual worker at Del Monte Kenya Ltd November last year. After my studies, i have been moving up and down in search of employment opportunity and before my current activity, due to the knowledge i gained in the university education, i approached my parent and gave an aid of capital to open a kiosk in our rural area. Low living standards and high mortality rate has been experienced in the area due to lack of education by residents on the reason for taking immunizations to prevent diseases like polio that has dominated in the children leading to the mortality. The love of the people and life made me to venture into such facility to rescue the situation.

The business venture am in has a revenue of Kshs 15,000 a month. This low income has been attributed by the fact that some of the residents who visit the facility are from very poor grounds that have inability to pay for the service. A medical laboratory is also in high demand in the area as most needs examination thus ending up being referred to the district hospital which is 20kms away. Most of the girls in the region gets early pregnancies due to low education levels and poverty. Given the capital, i would embark on education on how to prevent these pregnancies by using protections during intercourse. this will also prevent spread of sexually transmitted diseases. I would also like to continue with my studies to cope up with the changing technologies in the sector. My love for children and life gives me a driving force to save that life of that child in the rural who cannot access health clean water and better medical attention. The facility will also increase the living standard by creating employment to the individuals.

Dear Zidisha Team, I thank you for giving this opportunity to be in your team. I am request for loan to pay for my children’s school fees .I will be very grateful to see them succeed in their education since education is the key to their future. I will do my best to pay the loan promptly from my monthly salary. Once again I thank you.

Ask Bernard a question about this loan project, share news and photos of your own, or send a simple note of thanks or inspiration.