Stock of provisions and supplies for my cybercafé 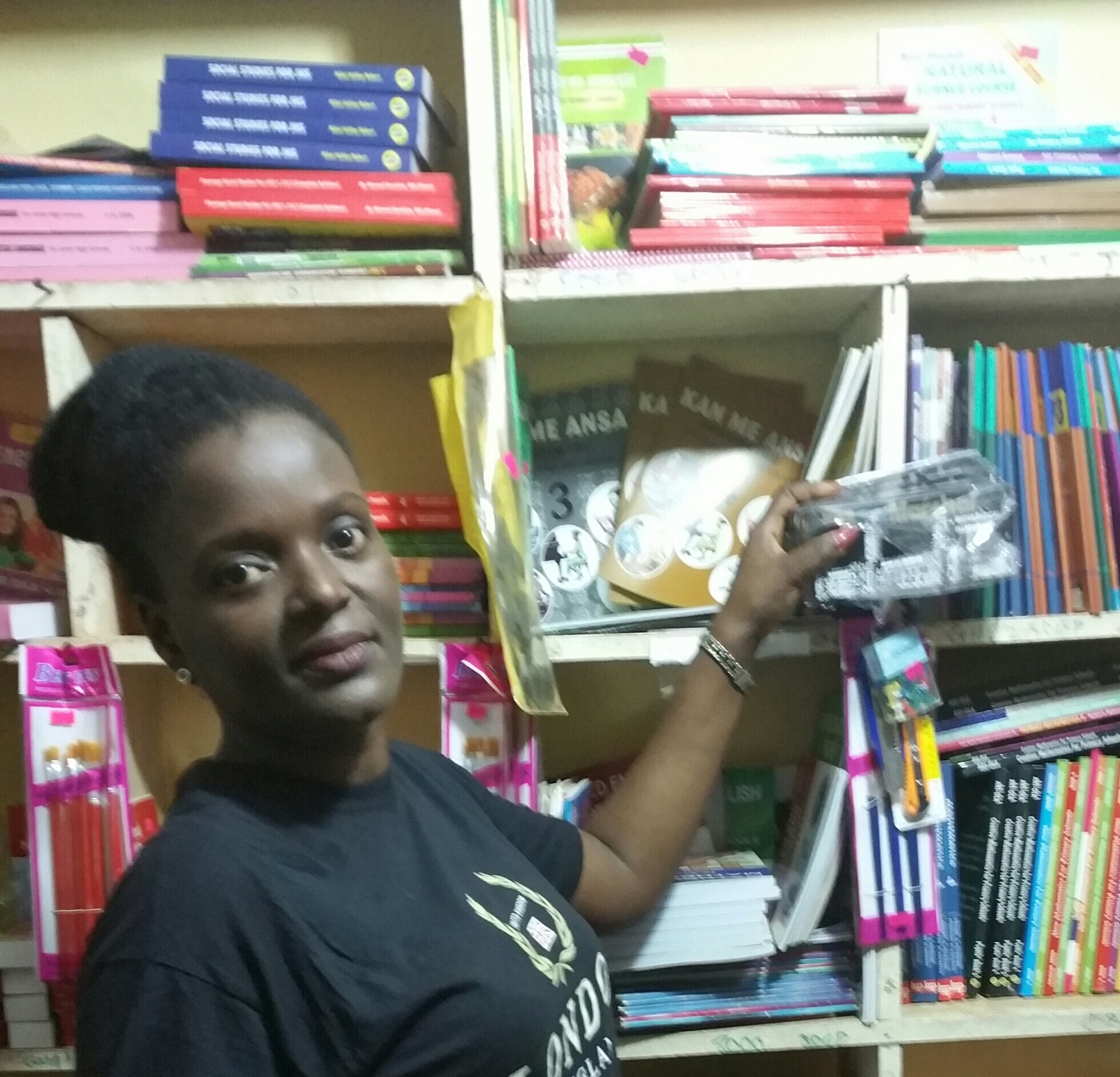 I was born and raised in okroase a small village in suhum in the eastern region of Ghana. After my secondary school education I was forced to learn a trade because my parents couldn't afford to take care of me through tetiary education. And this was how come i started my own business-INTERNET CAFE and educational supply with the help of friends. I started with five computers but with the help of zidisha I now have eight and still counting. I also have a photocopy machine and attached to it is a printer to print out for students. my shop is located near a school which is within commercial area in Suhum.
The unique culture in Suhum is the Odwira festival which is celebrated between October and November every year. My little daughter who wants to be a nurse or lawyer is counting on mummy for her dream to come true. I went to the kakum national park in Cape coast and it was really fun with my friends and daughter . I love watching movies and also a football fun.

I provide internet cafe services in addition to the stationary . My shop is situated near a school so the students are always photocopying their handouts, making research at the cafe and buying stationary from me as well.
I sell foolscap note books both the large and the small size, scientific and casio calculators, assorted pens,exercise books, permanent and temporal makers and mathematical sets. I do also sell story books for beginners. My services are very useful because the shop is situated near a school which help the students easy access in their education by doing research, buying their stationary from me and other learning materials. I chose this kind of business because cafe and stationary shops around that area are few and profitable as well. Through the profit earned I am saving towards my little girls education and also reinvest into my business by buying cartridges for the printer and the photocopy machine

This loan would be used to stock my shop with 300pieces of books such as text books and reading books for beginners which cost 4.29dollars that is one dollar each and 40pieces of mathematical sets which is 2dollars each. The benefit I will get from this is interest and the opportunity to serve my customers well. I will get a profit of about 50per cent

Ask Yaa a question about this loan project, share news and photos of your own, or send a simple note of thanks or inspiration.