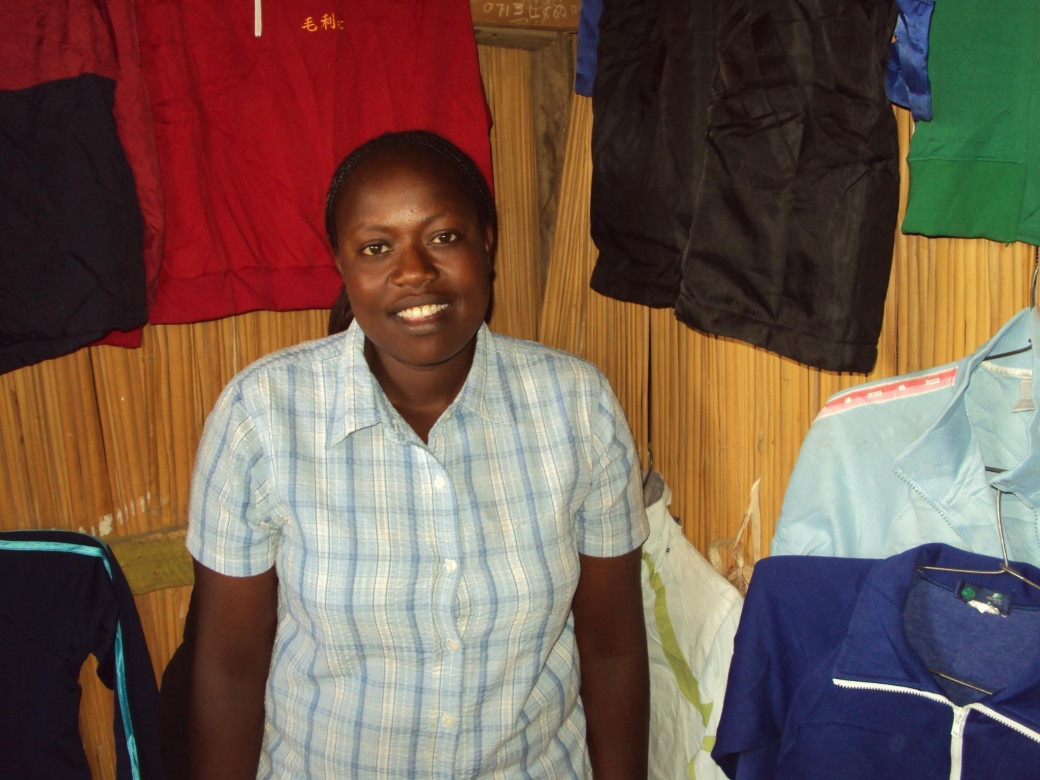 am married with 3 children who are all schooling, iu live in kiptagwanyi nyakinyua village with my family , am married to a Kikuyu man who is my children father i rear chicken in my plot where i live. i live in kiptagwanyi nyakinyua village plot no 827. .about my education i reach to form four .and because my family didn’t have money for me to go on with my education and my culture don’t believe in girls education i didn’t have any other choice than to be married ,that is how i became a wife. and because i don’t believe like my parent i want my children to learn to university and even to go higher to be employed to a better job to help them self and also their parent

my business entail in selling old and new cloth.also i make bar soap locally and sell to villager near my home and trading center in this area . earlier i was doing chick and hen layering business business i hand like 100 layer in that time also i was doing farming for food and also commercial but when i do my research i notice many people were doing that and made my business without profits or competition became very high and decide to stick in two business which is selling cloth and making bar soap . the business is profitable and the demand of my product is high in the place , the main challenge is luck of finance and high price of commodity

dear lenders,thank you for this opportunity to have another loan in this organization.in this loan i plan to add new introduced fashion of cloth that many of my customer who are youth prefer most in this area. thy have been asking me when i will get them,it is very high in price here,but my brother who do business in uganda republic have invited me to go there as this type of cloth is available and also cheaper than in Kenya,if i will be funded quicker before half of June i will be happy to go there.also an organization came in this area last year and teach us how to produce or to make bare soap and other product with local produce like potatoes,i have been making soap in small quantity, but if i get this loan ,i plan to make more and sell to the nearby trading center and made more profit,my husband will transport with his motorbike in those area. so i pleaded with you lenders to fund my loan.thanks

Ask Matrolyne a question about this loan project, share news and photos of your own, or send a simple note of thanks or inspiration.