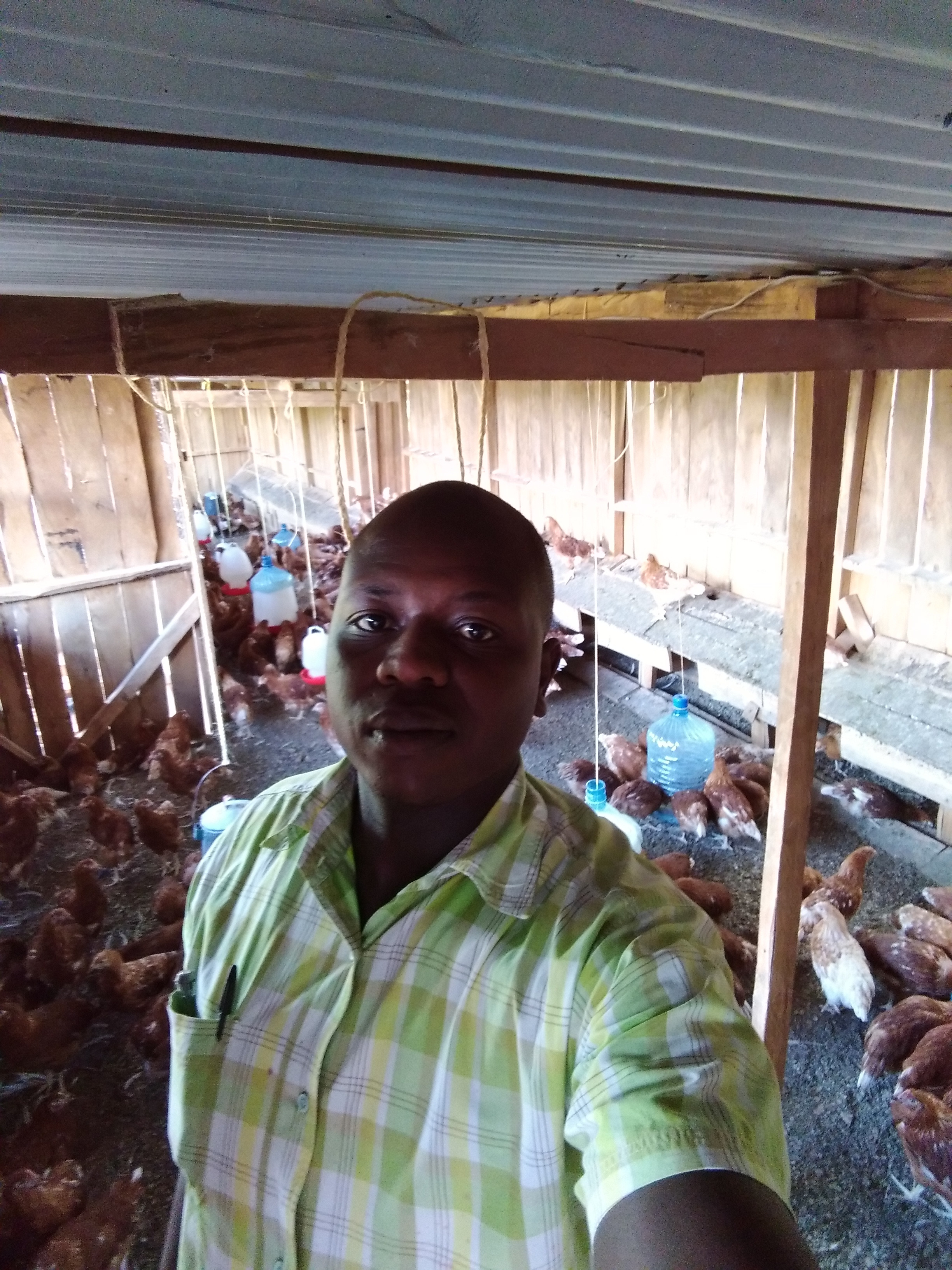 My name is Simple Simon Macharia, an IT guy with great interest in agriculture. I am passionate about technology and agriculture. 12 years ago, I realised that my salary is not the way to financial independence and decided to venture into business. I started off with a small cyber cafe and computer repair business where i employed 2 people. A few years later, was able to venture into distributing internet service via wireless networks. I ran the business for around 7 years while still attending college but later sold the business to fund college and restrategise after the birth of my first son. I also got a full time job in a small telecommunications company but the desire to be in business still consumed me.I then decided to venture into farming with a focus on poultry keeping after realising the huge deficiency in supply of eggs and meat presented a business oportunity.

I have a full time job as a network engineer but my business is farming. I have a small farm in Embu, Kenya where I keep a few goats and cows, grow sunflower and raise chicken. I currently have 650 layers and looking to grow the number to 2000 by end of the year. In addition to the layers, i have about 35 goats and 4 cows under the care of 2 hired farmhands. Due to the huge demand for eggs, i buy eggs from other farmers to add to the 120 trays of eggs that we produce in a week. I currently sell 300 trays a week and the demand is still high so i still need to add more chicken.

Good evening zidisha community. I apologise for the reapplication. It seems there's a technical challenge affecting disbursement. My loan proposal had been funded but when i try to accept, it brings me back to the create proposal page.
Just to recap, I am a poultry farmer and IT guy. I primarily keep layer chicken and sell eggs to my neighbours and a few shops. Initially, when covid hit in 2020, the business was largely unaffected as the market for eggs was still thriving. However, a disease outbreak towards the end of the year decimated my flock.
To further complicate matters, the primary suppliers of day old chicks that we use to restock flocks had production challenges and waiting lists stretched out nearly 9 months. However, in the last few months, things have improved slightly and i am set to receive 500 chicks on 31 July.
The previous loans have mostly gone to preparing for the arrival of KARI improved chicken and this loan will be focused on biosecurity measures. I negotiated a deal with the chicks and feed suppliers to pay 5 monthly instalments of shs42,000 for 5 months and in return sell them mature cocks at 5 months. I will also begin breeding my own chicks from this flock to avoid supply interruptions.
My previous loan repayment was very challenging due to the loss of farm income and a slow down in the IT industry but i am optimistic of the prospects this year now that businesses are recovering and i will also have a flock of chicken. Thank you for your continued partnership and I look forward to your support.

Ask Simple a question about this loan project, share news and photos of your own, or send a simple note of thanks or inspiration.