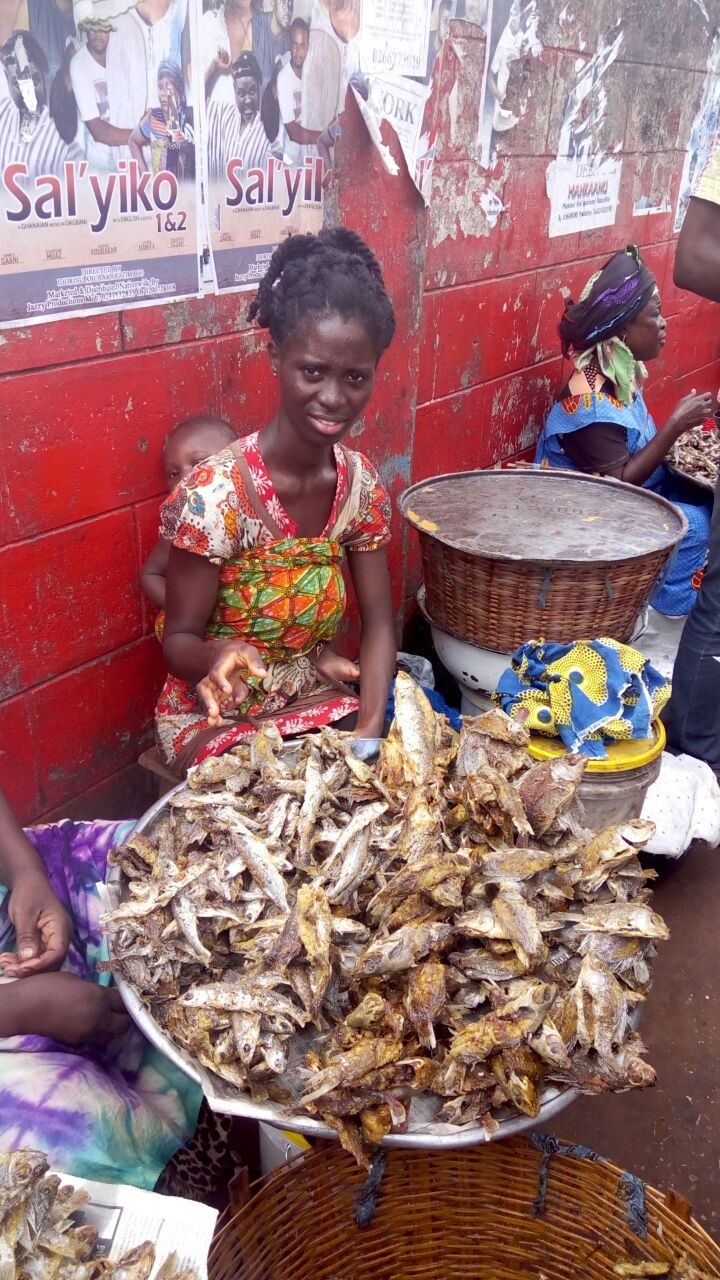 My name is Clementina Doe Agbenorto. I originated from a very poor typical village of Mepe in the Volta Region of Ghana. I belong to a family of eight (8) where our livelihood was on peasant farming and charcoal burning or combustion. Things were so bad that, none of my siblings went to school. But at the age of ten (10), despite the fact that my parents were/are poor, I took the bold step to look after myself in school. I knew from day one that it was not going to be easy but with determination and perseverance success is inevitable, I told myself.
To begin with, when school was on vacation, I went and discussed my idea with one woman who was selling sachet water. I pleaded with her to be her sales girl so I could get some money to support myself educationally. She agreed and so contract was signed. This woman liked me so much because, her sales had increased and this resulted in revenue appreciation.

Consequently, before school reopened this woman promised to pay half of my school fee. I was extremely happy and it had motivated me to go the extra mile, making more sales for her. She bought the admission form for me and bought some educational materials for me.

My first day in school was as if I was in heaven. But somewhere along the line, market declined because there were a lot of competitors so my boss, the woman, asked me to look for something more profitable to do. At this stage, I started burning charcoal for sale, fetching water for people at a fee and washing people's clothes all in the name of earning a living and to support my education. This continued till I completed Junior High School(JHS). Hmmmmm..... narrating this bitter experience hurts me a lot; my eyes are already filled with tears.

Summarily, the above is the most expensive story about my life.

After JHS, I located another woman who was selling fried fish. I negotiated with her to be buying the fried fish on credit so that after sales, I would settle her. Like the first woman, she also agreed. In fact, this business was/is viable! I made a lot of sales and looked after myself at Mepe St. Kizito Senior High School where I studied Business (Secretaryship and management). This has become my business and livelihood. I supported my parents and other siblings financially when they needed it.

When I completed Senior High School, a certain man came into my life to marry me and look after me at the University. Everything turned to be a mirage as he later neglected me after I became pregnant for him. So I had to go back into my fried fish business to be able to take care of my pregnancy and other necessities. Eventually, I became a single mother but very passionate with my business.

Unfortunately, all the spaces in the market are occupied so I had to be selling openly under the scorching sun with my son. But childhood friend, Adoma Joana, came to town and saw and then educated me on Zidisha.

Frankly speaking, I was surprised that something like this exists and it is unfortunately not common to all. She said with the help of Zidisha, I could put up a kiosk for my business so that the sun will not scorch me directly again. Ihope Zidisha would support me to revamp my business so as to create some form of employment for the youth.

The first Loan l took, I used it to buy an umbrella to shade my son and I from the hot scorching sun. Unfortunately, a month after I bought the umbrella, the city authority came and sacked us from the roadside where I sell my special fried fish.
I have ordered for a metal container at a cost of GH¢3,000 to be used as a shop on a plot that the city authority leased to me at an annual cost of GH¢ 1,200.00 which I have made GH¢600.00 part payment.
At the moment, I need some money (about GH¢1,000.00) to make a down payment for the container. I would be grateful if I could be assist ed with a second loan to enable me execute this project.
I am meekly waiting on your usual humane consideration and approval.

Ask Clementina a question about this loan project, share news and photos of your own, or send a simple note of thanks or inspiration.