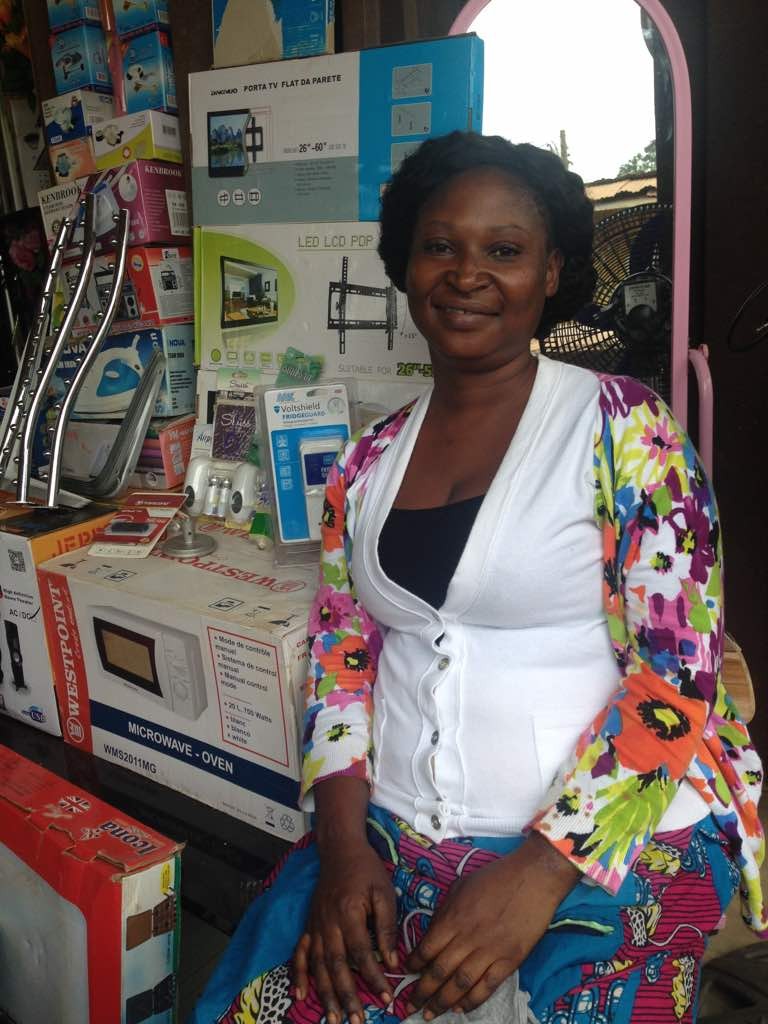 To boost my home appliances shop

Linda Asaah is my name. I live in Prestea in the Western Region of Ghana. I completed Junior High School in 2003. In that same year my father who was the bread winner passed out. My mother who is the baker struggled to for me to complete my Senior High School. I completed SHS in 2007 and passed with flying colours. Looking at the struggle we were going through I decided to pause and venture into business. With the help of my mother and distributors I opened home appliances shop which became successful because there was none in town by then. Am yet to marry. I like reading and singing.

I deal in buying and selling of home appliances, like electric irons, ceiling fans, standing fan, kettles, rice cookers, fridges, television set, wardrobes. These items are in high demand because there is none around in town. The typical cost of doing this kind of business is around 5000$ so you can get assorted home appliances. I take most of my stock on credit because of the relationship with my distributors. Average profit is between 20$-30$ daily. Profit goes into upkeep of the home since my mother is old and not working now as well as reinvestment in the business.

This loan will be used to purchase Celine and standing fans, electric iron, blenders for my shop. After disbursement of this loan i will place orders for this item since they are in demand. All the items in demand will cost me $300 for now . I will raise an average profit of $50.

Linda opted to pay $69.64 into the Zidisha Members Loan Fund in return for a higher starting credit limit.

Ask Linda a question about this loan project, share news and photos of your own, or send a simple note of thanks or inspiration.