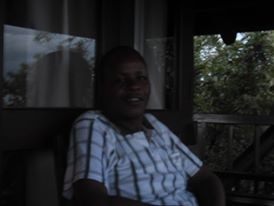 My name is Ojiambo, I have been in farming business since i was 12. My mother taught me how to do subsistence farming from a tender age. When i grew, I kept learning from my elders as well as from teachers. With time , i developed interest in farming and started working out how to achieve the best from it. i have been working hard so as to achiev the best from my farming skills but in vain. The main reason has been limited resources which restricted me to subsistence farming. learning that Zidisha was around through its lenders to help was a relief. I hope that i can now start serious farming.

My business deals with food crop farming. in most cases, I farm food crops such as maize, millet, sorghum and cassava. However, i have been doing it in as small scale capacity. Zidisha would be helpful through its lenders in enabling me expand my farming system. Moreover, i would be able to increase the size o f land for farming. I usually lease land for farming, i am hoping that with expected future prospects, i will begin to buy my own land for farming.

Firstly, thank you so much, dear lenders and the Zidisha team for making my plans a success story in farming. I'd like to prepare my land for next planting phase. I'll need manpower to harvest and prepare land. I'll also need manure, seeds of maize, beans, and groundnuts to prepare for planting. I'll also need to preserve my grain and sell more too, all these would require me with 700 dollars, kindly assist, thanks.

Ask Stephen a question about this loan project, share news and photos of your own, or send a simple note of thanks or inspiration.