To purchase more shoes and belts for my shop 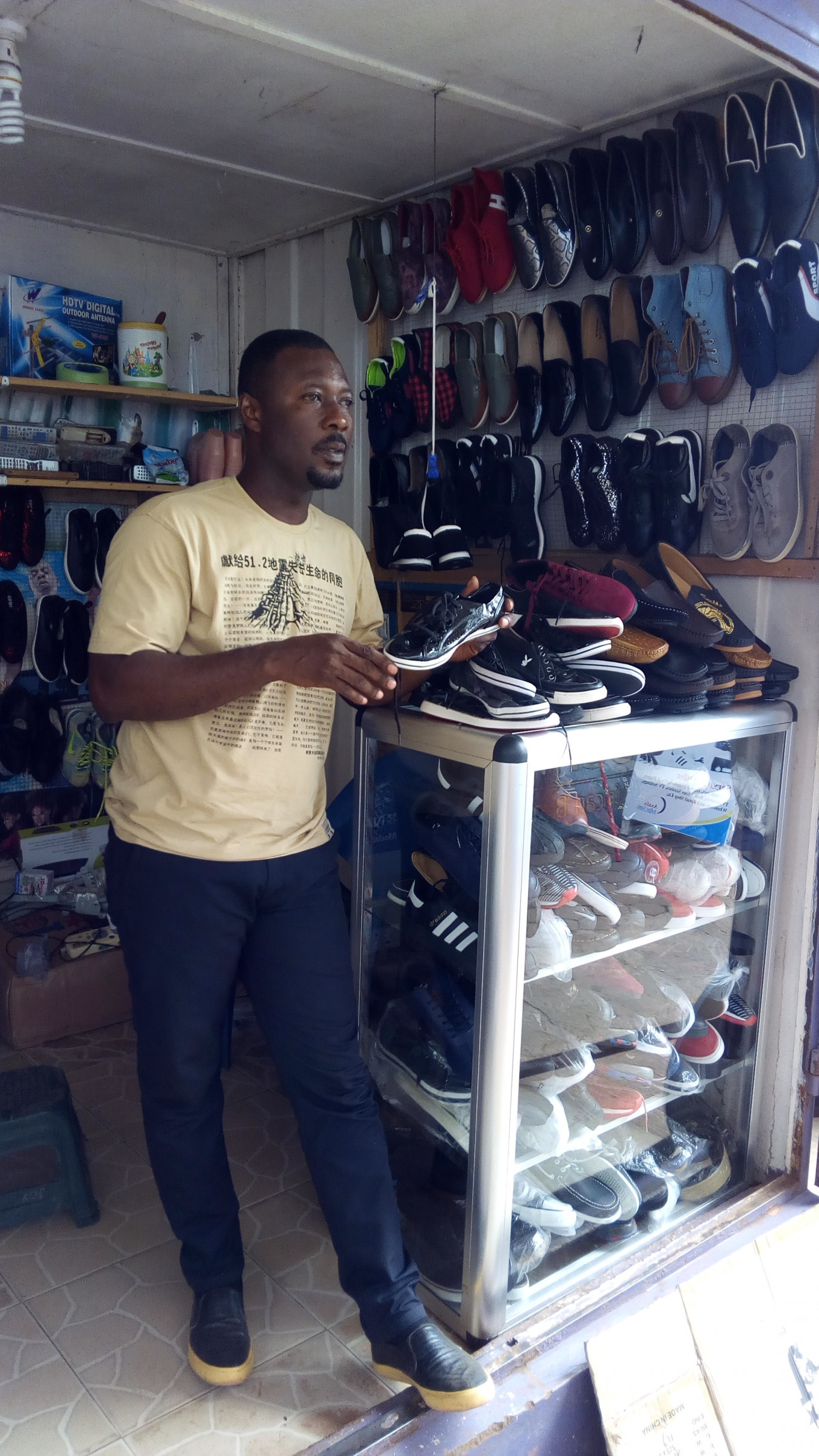 Asafo Agyei is my name.i come from Asante Mapping and now settle in Sunyani . I started my basic school at mapong , i obtain my senior secondary certificate in the year 1991. The main occupation of my parents is farming. In life it takes ones own imagination to be poor or ,I finished my secondary school at Mampong and came to join my older brother who lives in kumasi . I was asked to help someone in his shop who was a shoe seller and he paid me monthly,So i realise that shoe business will excel in my area so With the little savings made i started my own shoe shop at Sunyani and there I noticed! that my shoes selling is very needed in the township because of how they talk and laugh to me when buying from me.

Unique shoe is the name of my shoe shop. It is located at at new town a suburb of sunyani on the sunyani high way. i started this business in my locality when i identify a lot of people around. Ever since I started this business am proud that people do patronise . Theidea of operating this business is that is a necessity so people can not do without . If i invest let say $ 100 within a week i can get $40 profit because as soon as i bring the goods people come in and buy them . My business capital is not up to expectation since i want to purchase most of the products in order to attract almost 60% customers as far as the community population is concerned. The profit will also be used in reinvesting and opening of other branches in other to employ people and pay them to earn a living.

I am sending my thanks to my God and the entire lenders for supporting me to this far. My happiest information is that i am able to refund the loan they lend me. I also want to alert them that as a serious business man I can never reject a help like this from them so i still need their help to continue with the business. Moreover i have seen a serious Change and expansion in my business now for i have add another items to the shoes that is men and women belts and it is also moving very well so i still have the assurance that I can always repay back my lenders in a good manner as I always did to my other loans. Also we are in the month of Christmas so if this 5837GH cedis is lend to me i will also see to it that the purchase of both belt and shoes to the shop will be plenty so as to satisfy my customers with their needs ,so I am fully convinced that more profit will come out of this selling to enable me to enjoy the Christmas as well. Thanks be to them for keeping me and my family good. I still have deep hope.

Ask Agyei a question about this loan project, share news and photos of your own, or send a simple note of thanks or inspiration.