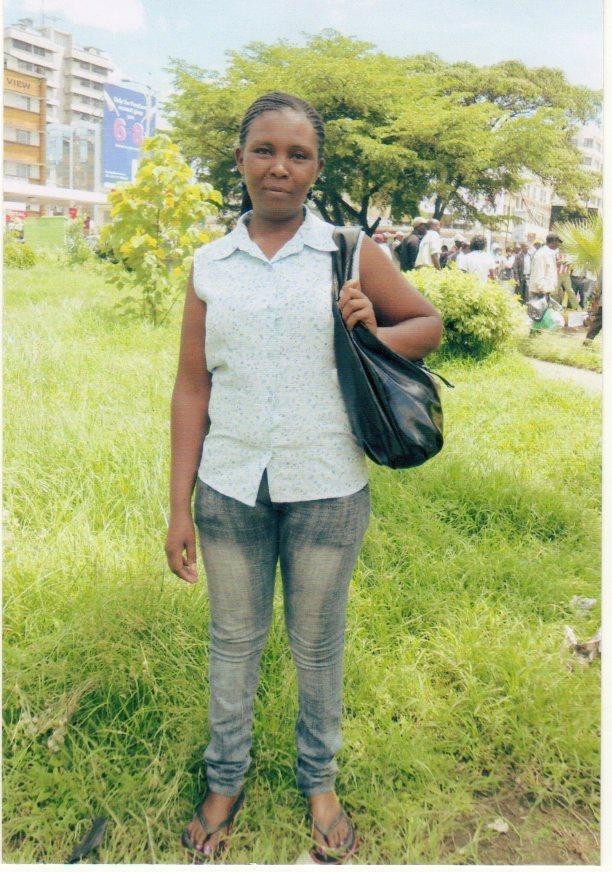 My name is Ruth Nduku Thiongo. I was born on August 24th 1980 at Lare in Njoro Nakuru county. I attended Subuku Primary School and later St. Martins Secondary School for my O levels. After school I joined Njoro Home Craft for a course in basic of agriculture. I was employed by a large scale farmer in Elburgon which is far from my home for 6 years. It is in this farm that I was able to very much advance my farming skills. In 2010 I went back to my parents home who had relocated to Gema farm in the out skirts of gilgil town and started commercial farming and in 2 years down the line I was able to purchase a piece of land where I do the same to date. I look forward to be a zidisha member.

My business is basically farming at my farm in Gema scheme in gilgil town. I grow green vegetables, kales, cabbages, potatoes, onions, tomatoes and more recently I am growing asparagus and mushrooms which is become more popular among many communities in Kenya. I started commercial farming after I realized there was a great demand for these produce in all urban areas where no food is grown. I also carry out dairy farming. I have 8 milk cows which gives me between 20 and 28 liters of milk daily. I sell my produce at farm gate prices to retailers who came to correct from as far as Nairobi. For the milk it is collected every morning by Brookside dairies were I am paid at end month. The income I get from the farm is substantially good because I am able to educate my son and support my aging parents. I have also been able to build a house where I live in. The only challenge I face is luck of a proper cooler to preserve all my produce from going into waste during hot seasons. With zidisha platform I will be able to overcome these challenges.

Thank you all my lenders for your continued support your previous loans have been very helpful to the sustenance my farming business. for this loan i am planing to purchase two more daily cattle to boost my milk production.If I purchase two more dairy cows, I will get 15 more gallons of milk everyday. This will increase my revenue by USD 18 per day, this translates to / Ksh 11200 a week and thus increase my profits by 25%. i will also purchase seeds and fertilizer for plating in this long rainy season which start in April, I am planning to plant 5 acres of both Maize and beans, this will give a better harvest which i project to give me USD1800 at the end of six moths. i urge you all to support me in this endevour by contributing towards filling my bids. i also take this earliest opportunity to wish a happy and blessed Easter.