To purchase supplies to sew African-wear to sell 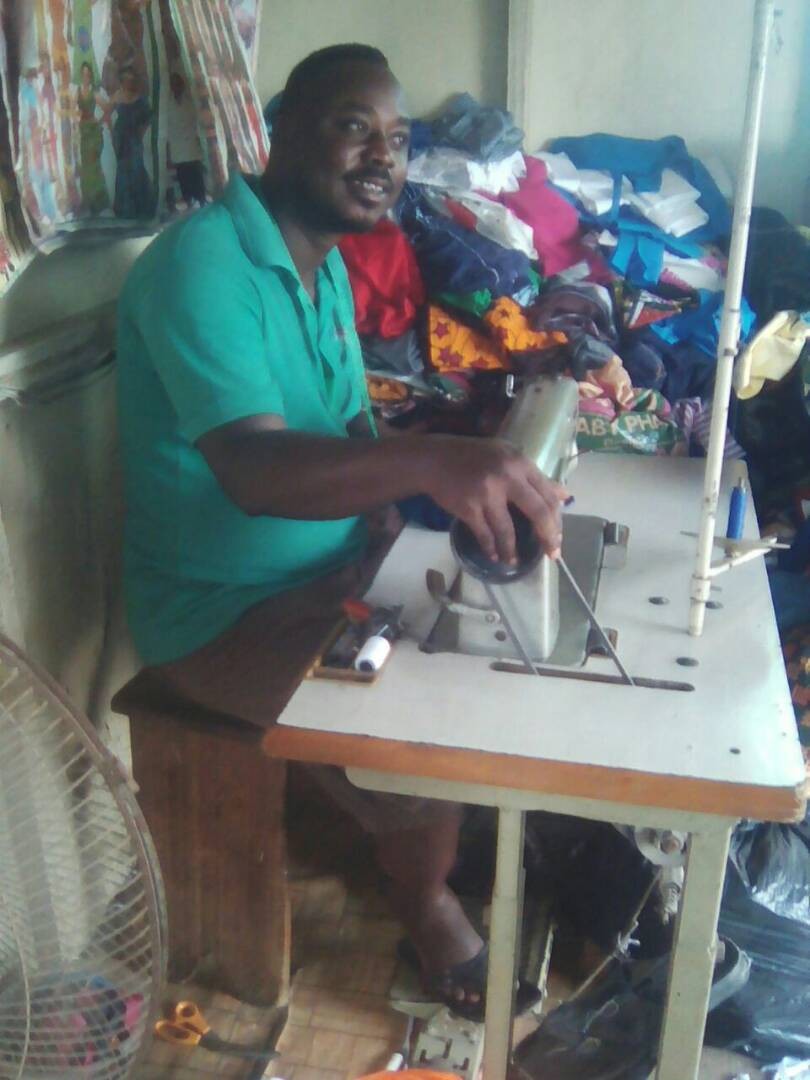 My late father was a cocoa farmer who married two wives, my mother being the second wife and herself also a farmer. In all, my father has twelve children, I being the ninth of my father and the fourth by my mother. Living in such a family, me and my siblings did not have life easy, education was not a necessity, but rather farming and helping our parent is the priority.
After my elementary education, I was given the option by my late father to either be with him and farm or join my grandfather to learn trade. I joined my grandfather, where I learned fashion and designing, a profession a have being practicing till today

My business is Fashion and designing. I have a shop and three sewing machines. I sew for individuals, Churches, Corporate organisations etc.
With the government new policy of local wear in offices, there is high demand for our goods and services (Sewing)
Currently, i have two apprentices and one employee (work and pay). I am able to sew averagely 54 attires for both male and female dresses a week.
Acquiring a new machine, I can do more, then by earning more profit, hence my interest in Zidisha loan. I can make four hundred Ghana cedis monthly. By doing this I can successful pay my ward's school fees and pay the bills of my dependents.

The loan if granted would enable me purchase lace materials, wax print, polished cotton, zip, thread etc at a wholesale price to enable sew African wear for sale. The cost of sewing one African wear range between seventy Ghana cedis to one hundred and fifty Ghana cedis.
With this loan amount, I can hire more tailor who do work and pay, meaning I pay fifteen Ghana cedis for each shirt or dress sew.
Averagely, I make between thirty to fifty Ghana cedis on each dress/shirt I design and sew.
I would be able to reinvent part of the profit into the business and also able to pay my wards school fees. I can also pay the family bills from the profit of business I do.

Ask Vincent a question about this loan project, share news and photos of your own, or send a simple note of thanks or inspiration.