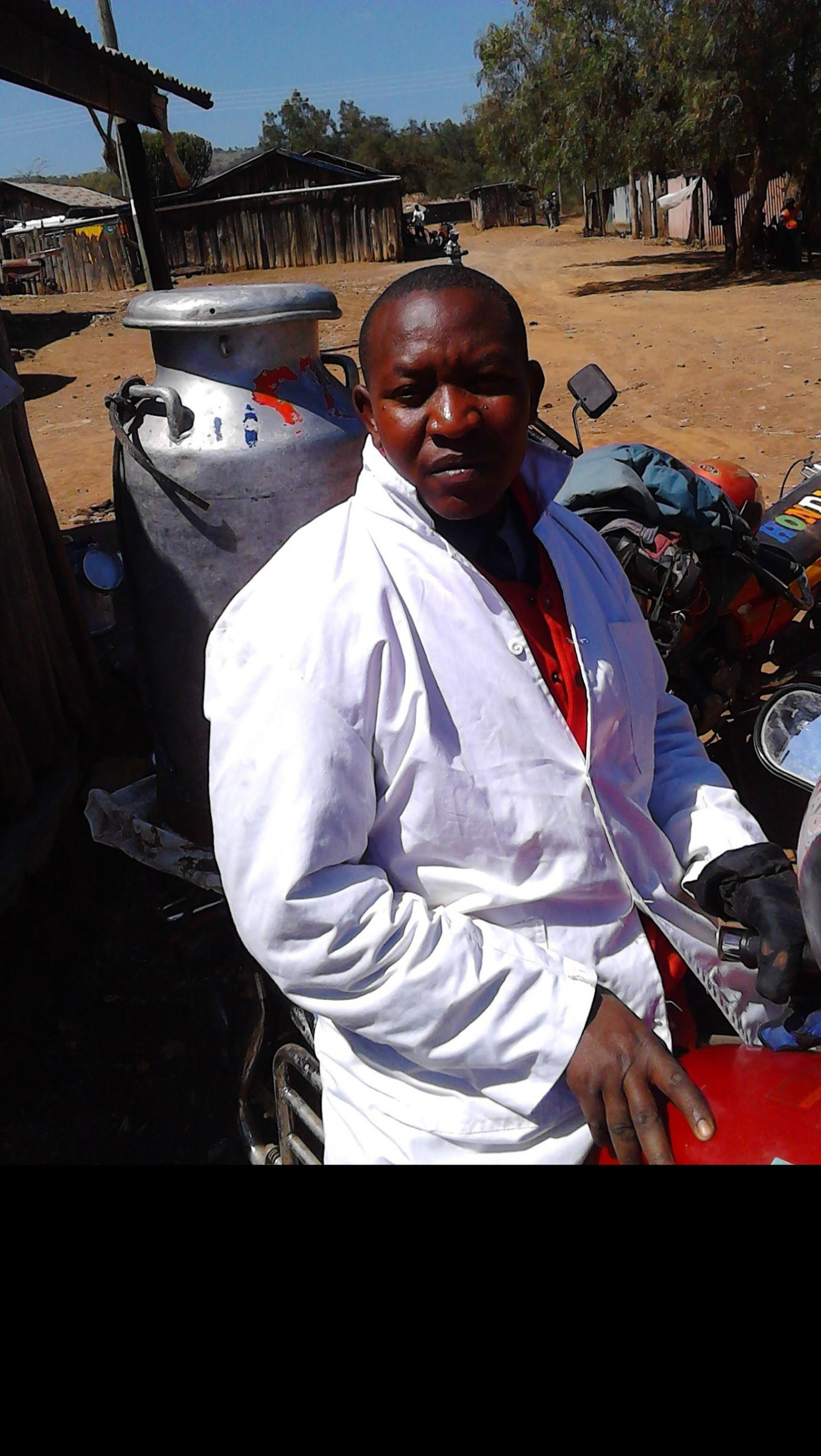 I am a married man living in Miti Mingi with my wife and our two children. i am both a farmer and milk vendor. I buy milk from local people in terms of litres and i pay 25 shillings per litre which i resell 32 shillings. so i get a profit of 7 shillings per litre. I use the profit i get to support my farming activities, my family and my parents. I stll save some money whenever i make high profit. my education is up to college but there is nowhere to be employed and i chose self employment to ensure i feed my family and support parents in the way i can. I like to read newspapers and magazines during free time. I also like watching music and movies.

My business involves buying and selling milk from local farmer. I collect around 100 litres per day. i resell some of the milk to local hotels and families in miti mingi shopping centre and the remaining i send to Brookside Dairy Limited. I make a profit of 600 shillings per day. The profit i get i use it to support fmy farming activities where i grow cereals that is maize and beans. The reason for choosing milk selling is that it is profitable and i get my dairy bread unlike my farming activities which one waits for the harvest season to get money. That is why i prefer selling milk because it is a commodity that is ever in high demand. there are several challenges when the rains are low because the quantity of available milk is low and the demand is constant.