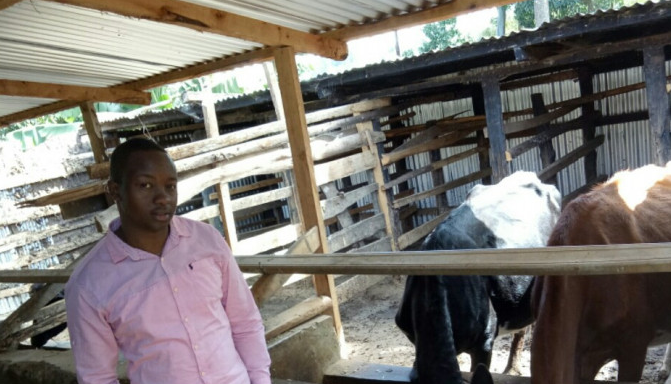 Anthony Mwirigi may come from humble beginnings, but today, he’s ready to take on the world! As a child, he excelled in his studies and successfully made his way to university, studying to become a CPA (Certified Public Accountant) and earning a degree in Economics and Finance from Kenyatta University.

He shares, ‘Entrepreneurship as always been my driver to overcome hardships throughout my college life. I could buy clothes in large quantities and sell them to students, making a significant profit to facilitate my upkeep at the university. I started my dairy farming business during my last long vacation at the university. My motivation was the financial hardships. My finance source was working in a milk production company for those few months.’

When Anthony first discovered Zidisha in 2015, he had two dairy cows. He found that he had entered a good market as more and more families continued to migrate to his town, creating a shortage of milk. 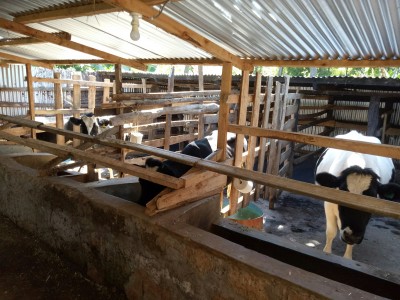 Because of Anthony’s business and financial education, he brings a strong foundation to his business. In addition, he also has the practical experience, having worked in the milk processing industry as an internal auditor, while he was in university. He explains, ‘During my industrial university attachment, I worked in a milk processing industry in the field of internal audit. I discovered that every morning the CEO urges the employees to help the industry acquire higher milk intake from farmers due to idle machinery that could not get enough milk to process 24 hours a day. I decided therefore I could start daily production and advance it in the future to large-scale farming in order to enjoy the advantages of economies of scale and also supply raw milk to the industry.’

In terms of his business costs, artificial insemination, concentrates, fodder, labour, and veterinary services of treatment account for the largest expenses. While milk sales are his primary revenue stream, he is also able to sell accumulated manure as well.

With 8 Zidisha funded loans to his credit, Anthony is making big strides in his business. He joined the Zidisha community in 2015 and began with a $100 loan in December and an additional $222 loan in November the following year. These early loans allowed him to purchase feeds for his cows and to also purchase one new cow.

The following year, 2017, proved to be a big year for Anthony as he successfully raised 4 Zidisha funded loans which kept his business moving forward. He says, ‘I thank the lenders for the previous two successful loans granted to me. It is because of your support that my livestock business has grown.’ With his March loan, for $372, Anthony purchased a chaff cutter machine to make his work of feeding the cows a little bit easier, reducing his time spent in feeding the cows. 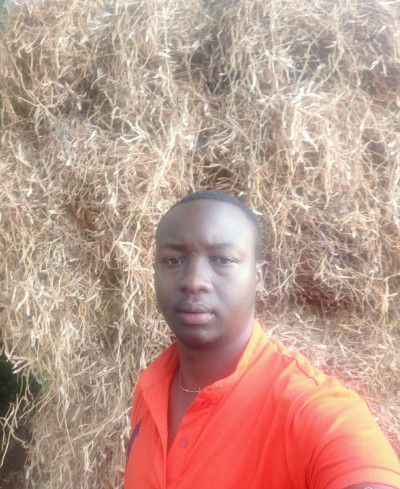 A few months later, in July and August, Anthony was able to take his business from 3 cows to 6 cows! Shortly thereafter, he also used a $2,217 loan from Zidisha lenders to construct a silage tank for his cows, allowing him to store his feed during the rainy season, to use later on during the dry season.

Most recently, in 2018, Anthony raised $715 in August and $329 in December, to buy additional hay for his cows and to also invest in a water tank to store water on his farm. He explains that, ‘the tank will provide sufficient water for cleaning and also drinking by the cows. This will also eliminate the risk of Inadequate water supply.’ 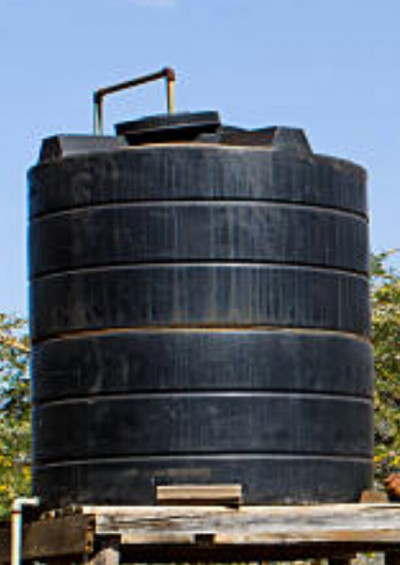 Following the changes in his business, Anthony shared this inspirational message with his lenders, ‘thanks so much lenders, I managed to construct silage storage tanks. I can now preserve fodder for up to one year. This has enhanced my dairy cows production since the fodder is available even in dry seasons. My dairy production from the five dairy cows is 80 liters per day an average income of $1,000 dollars per month.’

Would you like to invest in the life of a savvy businessman like Anthony? Make sure to head on over to our Browse Projects page to read about our other inspiring entrepreneurs around the world.

I Will Achieve More 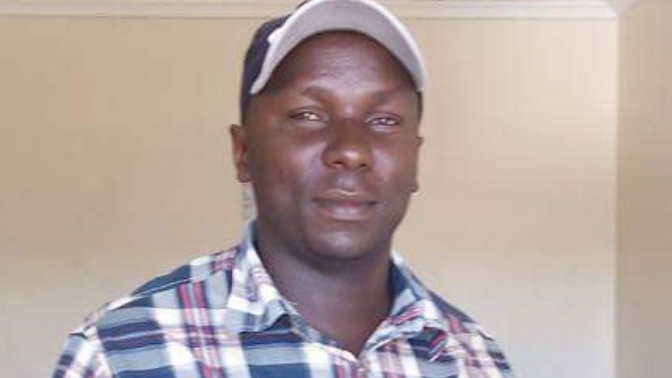