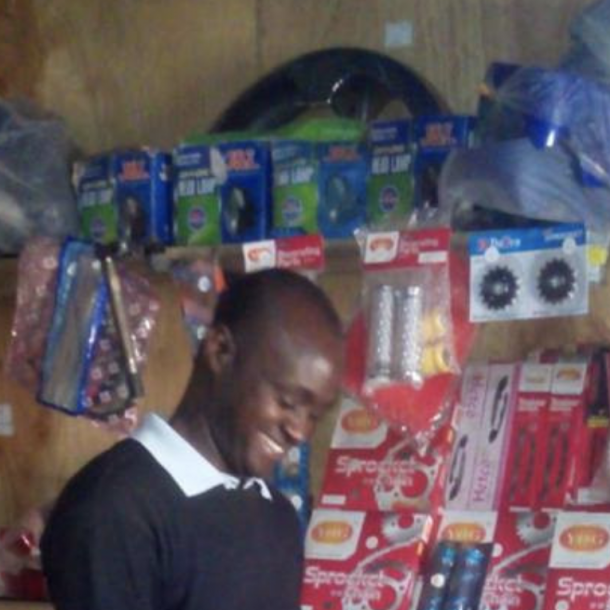 The sun beats down. Sweltering waves of heat and light bake the red, dusty roads of Ngong, Kenya. A motorcycle drives along, stopping and parking beneath the corrugated tin awning of Dannex Motorbike Spares & Repairs. The rider dismounts his bike and walks inside where he is greeted by the shop’s owner, Daniel Maluli, Daniel’s wife, and one of the two mechanics that the shop employs. His bike is one many in the area, the number of which is steadily increasing. Most all of the riders, when they need repairs, come here to Daniel’s place. The parts they need are always in stock.

Daniel Maluli is a husband, father, and Zidisha borrower. Not only that, he is a Zidisha mentor and something of a Zidisha evangelist; he has invited twenty-four members to join and shares his business expertise with another forty-seven. Daniel has received funding for four microloans, with the access to financial capital significantly increasing the capacity and revenue of his repair shop. Over the course of the last year, he has been able to obtain and renew his business license, increase his inventory, and hire a second mechanic. In June of 2016, roughly three months after the receipt of his most recent loan of $563, Daniel posted on his discussion page. “I really don’t know where I would be today if it was not for Zidisha!” He said. “My livelihood has really changed dramatically thanks to Zidisha.”

Born in a rural area, Daniel attended primary and secondary school, going on to study shipping in Mombasa. He succeeded in his academic pursuits but, unable to pay the exam fee for his final evaluation, could not complete his course of study. Following this, Daniel was hired as a trainee at a 5-star hotel in Mombasa, Kenya’s second-largest city and a popular tourist destination. Located on an island, the city boasts beautiful white-sand beaches and a large collection of historic and colonial sights. After working at the hotel for four months, Daniel was offered a position as a reservation clerk. Taking quickly to his new role, Daniel enrolled in an evening Travel and Tourism class, paying his own way through to the Consultant level. He sat for and passed the International Air Transport Association (IATA) exams in 2013 and received full accreditation as an IATA travel agent, granting him greater access to the travel industry. 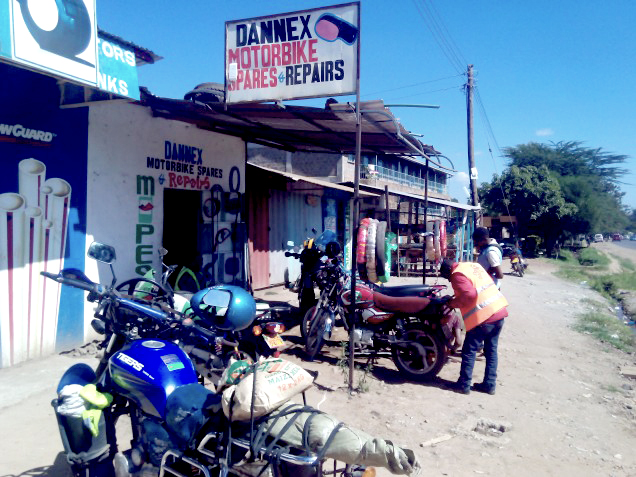 The next year, encouraged by his success as a travel agent, Daniel opened a motorbike repair shop in his new residence of Ngong Town on the southwestern side of Nairobi. Nestled into the beautiful, sloping Ngong hills, the town has lots of motorbikes. Buzzing and rumbling up and down the narrow roads, two wheels are better than four for traversing across the lush green slopes, sailing past the gleaming white windmills and squat little shrubs that freckle the hills. Daniel chose his market well. His profits were significant, “almost 100%”, and his business was growing. He found, however, that he could not always keep up with demand. As the number of bikes in the area increased, so did the need for parts and repairs. Though he still worked as a travel agent, his income was not enough to significantly increase his inventory.

It was in the midst of this struggle that Daniel found Zidisha. “When I saw Zidisha and how it has built people up through lending them money, at 0% interest rate, to grow their businesses, that gave me the courage to believe that my dreams are attainable,” he said. Receiving a $50 loan in August of 2015, Daniel was able to invest in licensure and inventory. Two and a half months later, Daniel proposed another loan of $100. With this loan funded, he was able to meet the increasing demands of the community as the weather was getting colder and “During the rainy season, motorbike tires record the highest sales.” Daniel provided his lenders with a detailed list of costs and counts, profits and projections for his new purchases. “The stock doesn’t even last for one week,” he said, “as every client is rushing to buy before the rain hits the ground.” In December of 2015, Daniel brought another loan proposal to the table, again with a detailed list of costs and profits projected from the $199 investment he hoped lenders would make. This loan, he said, “will see my business grow, step by step.”

Lenders came through, and with their help, Daniel has accomplished much. His motorbike shop is thriving and growing, and he has been able to gather the capital to register his own tourism company called Sceneric Tours and Safari. He hopes that his bike shop will enable him to invest more in Sceneric Tours, with a long term goal of expanding the business to branches country wide. Since receiving his fourth loan in March of 2016, Daniel has been very active on his discussion board. He posts often – every other week or so – updating lenders on business ventures, sharing concerns about health issues, thanking his supporters and wishing them well. “This really is a dream come true,” he writes.

Daniel shares photos of his family as well, proudly announcing the first day of school for his youngest, Mary Kaveke, and sharing his affection for his oldest, Hervey. Though Daniel has faced many challenges throughout his life, he has responded to these difficulties with determination, not defeat. He has created employment opportunities for members of his community, having hired two mechanics as well as several young people from the community to work the counter. He has repaid all of his loans in good faith and on time, and hopes to, one day, become a Zidisha lender himself.

In March of 2016, responding to a lender’s glowing feedback on his profile, Daniel wrote, “Thank you, Laurie, and I promise not to ever let you or any other lenders down. I will always do what it takes to uphold my trust with lenders throughout. It’s my hope that one day, after achieving my goals, I will also join the good lenders we have here on Zidisha so I can also touch a life.” Laurie replied with wisdom. “You are most welcome, Daniel,” she wrote. “And while I know what you mean, wanting to help others financially (which I’m sure one day you, too, will be able to do), I want you to know… that you and so many of the people I’ve met through Zidisha already *do* touch other lives… and in ways just as important and maybe even more important than financially.”

If you would like to give the gift of hope today, head over to our loans page and make a contribution to another world-changing entrepreneur.

The Clack of Keyboards 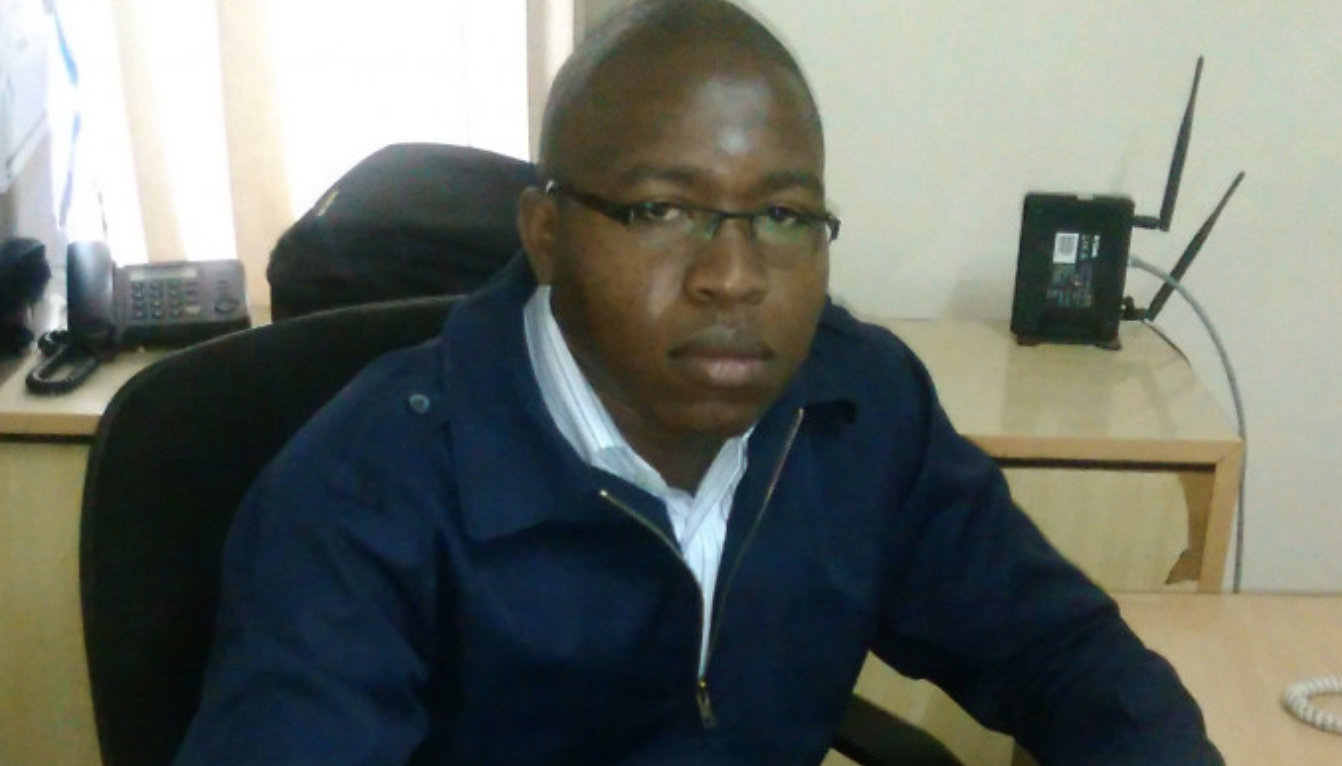 One thought on “Hope in the Hills”